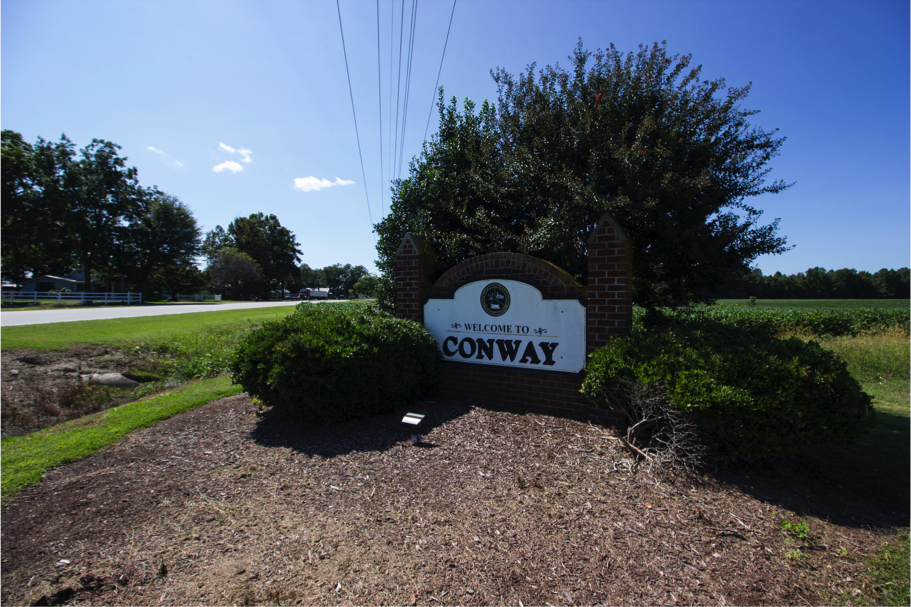 CONWAY, N.C. – At a single crossroads sits a lone set of stoplights, directing the ebb and flow of traffic in and out of town. On occasion, a John Deere tractor passes through, its driver giving a simple wave to whomever passes by.

The town is quiet, almost catatonic in a sense, a far cry from its bustling heyday decades prior. The cluster of buildings that makes up the center of town standing amidst endless miles of rolling farmland on all sides.

With a shrinking population today of only 756 residents, the town of Conway has seen better days.

Nestled within Northampton County in northeastern North Carolina, Conway was the second fastest declining town in the state in 2016, losing 9.6 percent of its population. This population loss has contributed to the economic slowdown and eventual downturn of the town itself.

Conway is not alone, however. Nearly 225 of the state’s 553 municipalities were estimated to have suffered a decline in population between 2010-2016, according to a recent study by the UNC Carolina Population Center. That amounts to approximately 41 percent of the state’s overall municipalities.

Many of the other declining municipalities throughout North Carolina hail from the eastern region of the state, specifically the northeastern area. It is a trend that is growing steadily as the years have progressed.

During the six-year period that the study examined, the top ten towns for overall population decline belonged to only three counties: Bertie, Northampton and Washington. Each of those three counties exist within northeastern North Carolina.

This new study from UNC came on the heels of North Carolina’s surpassing of ten million people as of late 2015, one of only nine states to do so.

Those new people do not seem to be headed for Conway, though. 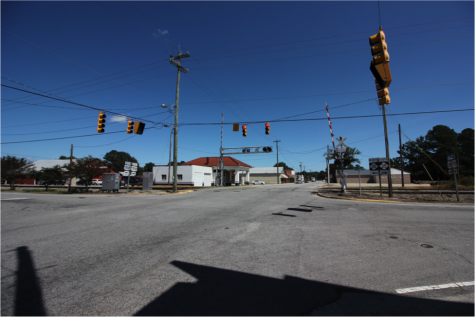 Conway’s one major intersection, flanked by the only set of stoplights in town

“Well you don’t have jobs for people that have [college] degrees. The pay around here is incomparable to the big cities.”

Northampton County has suffered from an average population decline since the 1960s, with only a few years of growth dotted between the years of loss.

A growing trend in the rural counties of North Carolina is the exodus of the youth, and the passing of the elderly. When the youth do not return to their hometowns for whatever reason—perhaps the lack of jobs, low pay, or poor resources for growing families—it contributes heavily to population decline.

College students who hail from these declining regions are innocent in their intentions but may cause crippling consequences for the areas they leave behind.

“They go off, they fall in love, they get a great job. I mean, it’s hard not to stay,” said Martin, thinking on others her age who left Conway for the colleges and cities and have not returned. Her husband was fortunate, finding a job back home after obtaining an engineering degree.

Martin’s mother Becky has even noticed the decline in her own church.

“People who’ve come to church have gone. They’re still members, but they’ve moved away. It doesn’t help us on Sunday morning, when it’s needed. We’re even without a preacher. Our preacher left in March or April for Winston-Salem. It’s sad.”

The downturn of Conway is becoming apparent even in the eyes of its residents.

“I wish we had an answer. I really do. I wish we knew the answer.” 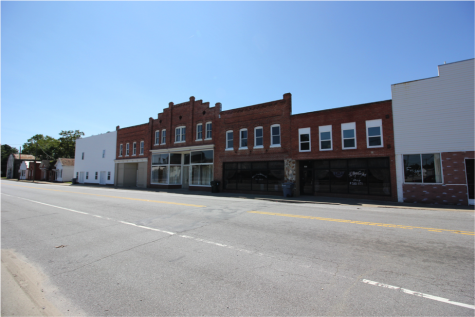 If so many towns are shrinking, where is the state’s rapid growth coming from?

According to census data for metropolitan statistical areas, the majority of the growth in North Carolina has been stemming from the urban areas, notably the Research Triangle and Charlotte.

Raleigh boasted a 47.8 percent growth pattern from 2000 to 2012 and has continued to pace forward as one of the fastest growing cities in the nation.

How the growth of the cities is factoring into the decline of the rural regions has started to become more evident to local officials and residents alike. For years, eastern North Carolina has been slower to develop than the rest of the state. Still hanging onto a more traditional, agricultural economy, the East has appeared to drastically differ from the piedmont.

Down the street from the Mini Pearl Boutique is Flythe Bros. Inc., a local service shop that has been open for 60 years. First opened in December 1957, the business has been very successful, and is a well-known staple of the town.

Sitting behind the front counter of Flythe Bros. and wearing a warm smile is Rachel Capel, a Conway native whose father established the business back in the fifties. She explained how the shop had to adapt to the changing times, and how it’s helped them succeed after six decades.

“That’s part of the problem of the county. [Not offering] a little diversification,” said Robert Capel, Rachel’s husband, who sat beside her. 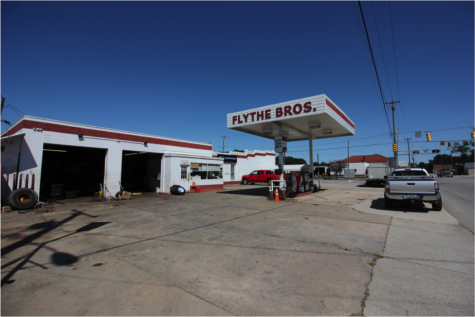 Flythe Bros. Service Shop, pictured here, is one of the oldest surviving businesses in Conway, dating back to 1957.

It is not just the small towns being affected by the decline, either. Even smaller cities in the east have been affected as well, such as Elizabeth City, home of U.S. Coast Guard Air Station Elizabeth City, the largest in the nation. Between 2010 and 2016, the city suffered a loss of 709 residents, dropping their population from 18,635 to 17,926.

One official in Elizabeth City recognizes the estimates of decline, and points to big cities being prosperous while the smaller towns suffer as a result.

“Most infrastructure improvements are done in big cities, providing more money and jobs. More retail brings in more tax money. Schools are better, kids go to college and get great jobs and the cycle continues. Meanwhile, the cycle of poverty continues in our area,” says Julie Stamper, GIS Coordinator for Pasquotank County and the city of Elizabeth City.

Loss of jobs, lack of educational opportunity, the flocking of youth to urban areas and the gradual death of older residents all have been repeatedly named by officials and residents alike as essential contributions to the decline in Eastern North Carolina. 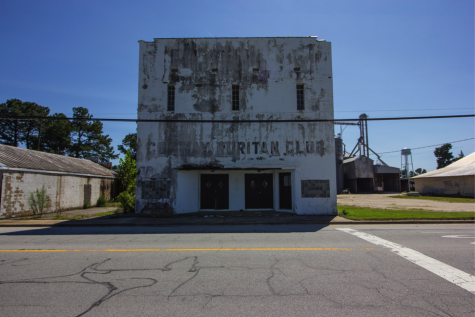 The remains of the Conway Ruritan Club, an allegory of the town’s deterioration

In Conway, it is clear that all of these factors apply.

The Northampton County manager Kimberly Turner confirmed that she is aware of the growing issue of decline throughout the county, and spoke on ways that officials are planning to address it.

“Northampton County is working to reinvent ourselves by working with tourism, re-directing some economic development activities to address needs of millennial living, marketing, working with community colleges to provide vocational and trade education, and community efforts to educate our public to shop local and change the mindset of encouraging our children to not come back after they have obtained their college education.”

Whether or not the other declining counties throughout the region are addressing the issue in the same way is unclear.

It seems that for Conway, decline is steady and unrelenting. While the population is exploding in Charlotte and Raleigh and the economy of the state shifts from agriculture to finance and technology, the glory days of rural North Carolina appear to be in the past.

The deterioration of the quintessential “small town America” may soon be upon us.

If you want a picture to show with your comment, go get a gravatar.

The Seahawk • Copyright 2020 • FLEX WordPress Theme by SNO • Log in