The scary truth about sex education across America 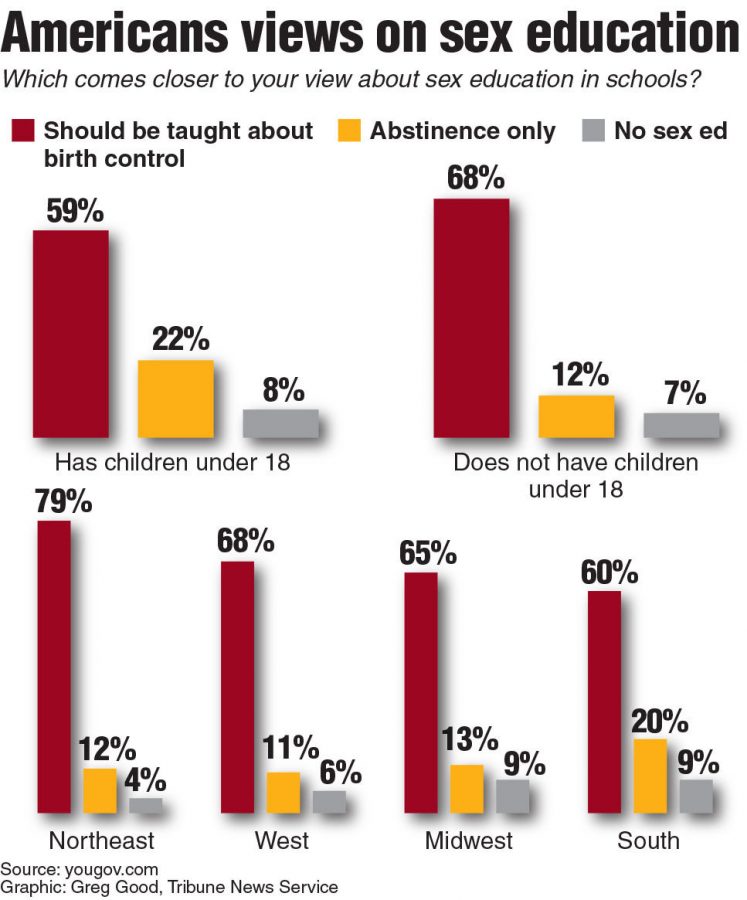 A hot topic of discussion throughout the past few months has been Planned Parenthood and how the nation is divided on whether to continue support or defund it. It seems as though we are split down the middle: those who are anti-abortion and those who are pro-choice.

Rather than take a stance on which side is more popular, logical or ethical, let’s focus on the true root of the topic: an unwanted pregnancy.

It is common knowledge that when people get pregnant, it is from either failed or lack of birth control. An obvious solution to this is to educate people, especially young people, on how to use effective birth control to avoid these pregnancies as well as STDs.

According to dosomething.org, there are roughly 750,000 teen pregnancies each year throughout America. The truth is that young people are going to have sex no matter what. Teaching abstinence is important, but not the only method of preventing pregnancies among young people.

The scary thing about sex education throughout America is that, according to the National Conference of State Legislatures, only 22 states nationwide require that it be taught medically accurate. I don’t understand how this is even something to debate.

My first thought was “How is this even possible? How would someone even get away with teaching anything else but medically accurate sex education?” But then I remembered that my middle school health teacher told us that the only thing we could do with someone, without the risk of getting AIDS, is share eye contact.

Her argument was that if you shake hands with someone, and you have an open wound on your hand and they have an open wound on theirs, and they have AIDS, then they could give it to you through shaking your hand. Now that I am older and more educated, it is easy for me to laugh off the absurdity of this statement, but when I was eleven, I came home from school fearful of shaking hands with people.

The reality of the situation is that no one will know how to protect themselves from pregnancy or STDs if they are not taught. Abstinence is an effective form of birth control, but withholding other options does not help anyone.

The solution to this problem is simple: require all states to teach sex education accurately and so that it covers a wide range of protection methods.

Rather than having P.E. instructors teach sex education as a part of their class, why not have someone with a medical degree come in and share the medically accurate, unbiased truth about sex? Not with the effort of encouraging them to have it, but informing young people that if they do, they should do it safely.

It’s an awkward conversation, but a necessary one to have. Some will be abstinent, but when others are not, they need to be safe. If we can ensure that every teenager knows all the ways not to get pregnant, then there will be less teen pregnancies, less high school dropouts and less STDs among young people.