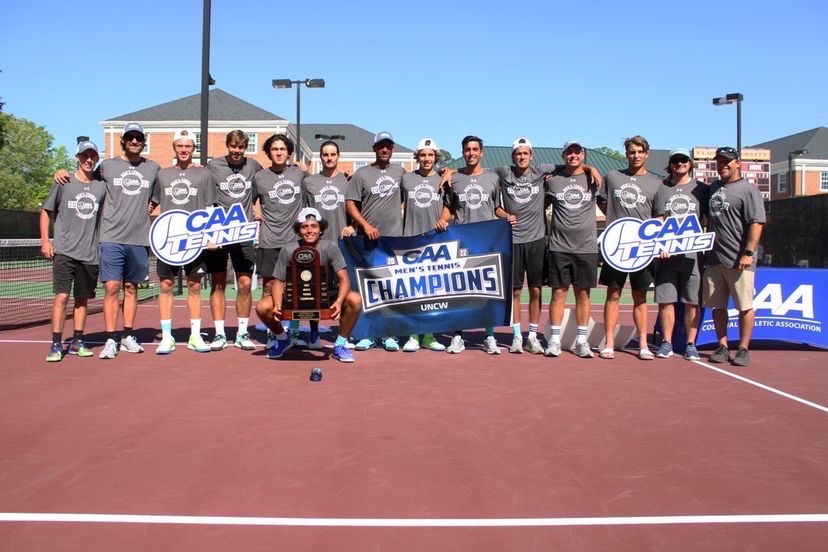 ELON, North Carolina – On Sunday, the UNCW’s men’s tennis team secured its eighth CAA Championship in the past 13 years after defeating Elon, 4-2, in the final match.

“Gabe has been one of our hardest workers on the team,” DuBois said. “He was struggling [early in the year] and he was having a hard time and you can tell he was like ‘I’m working so hard, when is the payoff going to come?’…for him to clinch it’s just suiting for all the work he put in.”

Hurtado, the Bogotá, Columbia native, spoke about what this past season has meant to him after experiencing similar success during his freshman season.

“All the crying and all the work that I put in, it’s so rewarding to see it on the court,” Hurtado said. “[Today] was just us competing with our bestfriends…it was so fun. There are no words to explain it.”