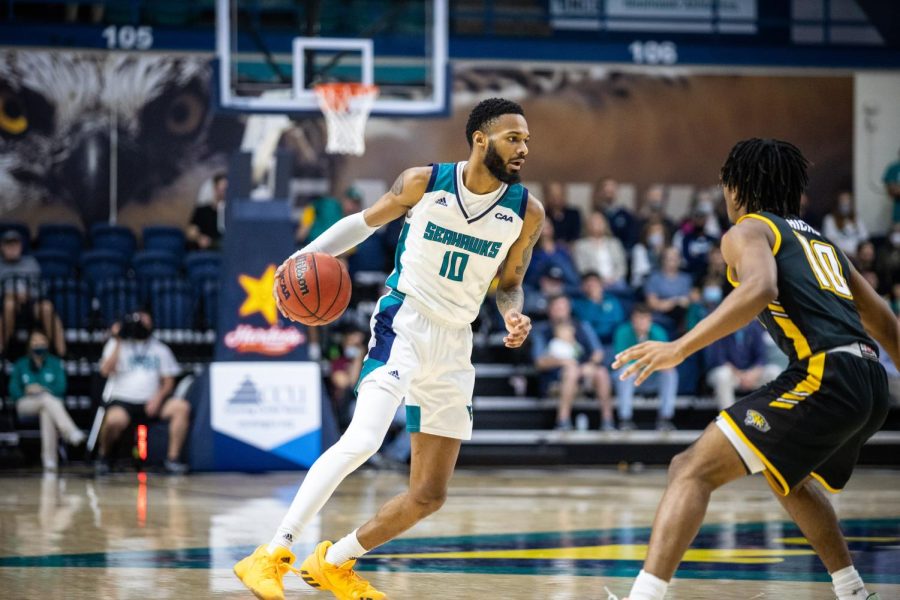 “That was an old-fashioned butt-whooping.”

Towson outplayed the Hawks in nearly every facet of the game. The Tigers were +18 in the rebounding department, shot 44% better from three-point range, and outscored the Seahawks in transition, 13-8.

From top to bottom, the stat sheet made it clear Towson had not forgotten about that four-point overtime loss to the Seahawks back in January.

“Towson came out and imposed their will on us,” Takayo Siddle said. “They were who they are to a T. We didn’t follow the scouting report at all. I thought some of our guys were a little fearful … we didn’t do what we were supposed to do. That’s all on me.”

After an abysmal night, UNCW (18-8, 12-3 CAA) now clings to a half-game lead in the CAA standings over a Towson (20-7, 11-3) squad that just handed them its second-worst loss this season – and hopefully, that is where the damage ends.

Sophomore guard Jamahri Harvey exited the game midway through the first half and never returned to the court. After halftime, Harvey returned to the bench with a walking boot on his left leg.

If Harvey is out for any length of time, it will certainly be a big blow to the Hawks who often rely on his length and versatility on both ends of the floor.

The Seahawks are still in control of their own destiny, but will likely need to win their remaining three games to be crowned CAA regular-season champions. However, the Tigers will have a little bit of an advantage the rest of the way.

Two of UNCW’s next three contests come against teams that are above .500 in conference play, while a pair of Towson’s three remaining games come against a bottom-tier James Madison (15-11, 6-9) squad.

UNCW will host its final game of the season on Feb. 19 at 7 p.m. against James Madison. In addition to senior night, the Seahawks will have a halftime ceremony to retire former UNCW standout Devontae Cacok. Streaming options are available on FloSports.com. Tune into 95.9 FM The Breeze and follow @uncwmenshoops on Twitter for highlights and live score updates.