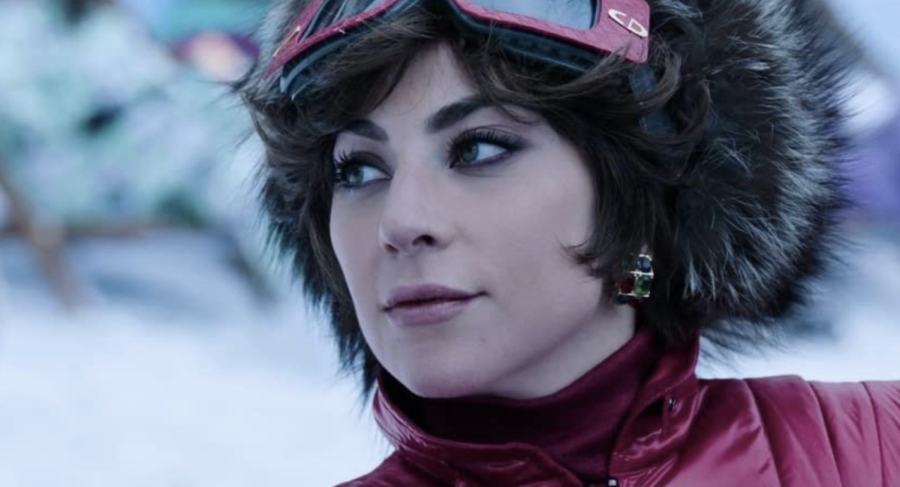 By now, most would realize that there is no shortage of celebrity scandals or controversies that can be adapted into intriguing narratives. Filmmaker Ridley Scott chronicles the conflicts within the family behind the Gucci fashion empire and the assassination of its eventual company head, Maurizio Gucci. In a two-and-a-half hour runtime, the film tries to cover a lot of ground and events that happen over the span of two decades. Even with a few faults, the film delights us with a strong cast and Scott’s eye for detailed visuals and historical accuracy.

Taking place from 1975 to 1995, the film follows Patrizia Reggiani (Lady Gaga) and Maurizio Gucci (Adam Driver) from their first meeting, to the dissolution of their marriage. Before the two marry, Maurizio introduces Patrizia to his family, particularly his father Rodolfo (Jeremy Irons), his uncle Aldo (Al Pacino) and his cousin Paolo (Jared Leto). Rodolfo advises Maurizio to not marry Patrizia due to her lower class background, fearing that she will leech off his inheritance. Ignoring the advice and distancing himself from the Gucci family, Maurizio proceeds with marrying Patrizia into the Gucci family. Patrizia’s ambition becomes more apparent when she influences Maurizio to reconcile with the family and encourages him to take on a more active role in the family business. Her manipulation causes the family to unravel, as betrayal and greed dictate each family member’s decisions.

The Gucci fashion empire was founded in 1921 by Guccio Gucci in Tuscany, Italy. While the company’s merchandise was mostly sold in Europe for several years, Gucci reached international acclaim in the ‘50s. Two weeks before Guccio’s death in 1952, his sons Aldo, Rodolfo and Vasco Gucci opened the first Gucci store located outside of Italy in New York City. In 1953, Aldo stepped in as chairman of the fashion house and expanded the company into a global and profitable brand. By 1993, all members of the Gucci family had been dismissed from the company following family conflicts in the ‘80s. The film provides more detail about what led to these circumstances.

Scott’s film borrows heavily from Sara Gay Forden’s book “The House of Gucci: A Sensational Story of Murder, Madness, Glamour, and Greed.” As the book covers a multitude of the family’s happenings over nearly two decades, it makes for a compelling narrative. However, the film tries to cover too many bases without honing in on one main focus. The first forty-five minutes give off the impression of a romantic drama, before it becomes a business drama and an eventual crime drama later on. These tonal transitions do not feel as natural as they could be and leads to an inconsistent structure overall. And while the film’s marketing makes Patrizia seem like the focal character of the movie, that is not the case, as scenes rotate around one of five lead stars. However, this sense of objectivity is Scott’s intention as he stated in an interview with Total Film that he “tried to be as respectful as possible by being as factual as possible, and as factual as we can possibly imagine.”

On the other hand, the back and forth between scenes with the characters can feel disorganized. For instance, to go from a bleak and calculating business meeting about the future of Gucci to seeing Patrizia awkwardly collude with hitmen is jarring. The film tries to balance out its intriguing drama with campy sensibilities that instead create imbalance. To specify, campiness is not a major problem for the film, it is more so that the film cannot fit these elements into a tight runtime to make the change of tone feel cohesive. The film is comparable to a condensed version of Ryan Murphy’s “American Crime Story” series, or Netflix’s “Halston.” Where the series format allows for a deeper exploration of real-life figures and a greater buildup to certain events, the film does not do that for its characters and they are not developed as well as they could be.

Scott continues to display a strong appreciation for set design and visual detail that has been present across most of his films. Scott uses the streets of Italy and its countryside to create period-accurate sets. The wardrobe compliments the characters’ lifestyle and signals the progression of style over the years. Scott’s longtime costume designer Janty Yates confirmed in an interview with the New York Times that access to the Gucci fashion archives gave her the opportunity to create costumes that felt authentic to the characters and period fashion. “The movie spanned a 20-year period in which fashion changed dramatically—1975 to 1995—so there had to be real range in the costumes, plus everything had to be made for L.G. [Yates’s nickname for Lady Gaga], Adam Driver and other actors like Jared Leto,” Yates said. The film succeeds in presenting a fashionable aesthetic that pays tribute to the past and immerses viewers into the time period.

The casting for the movie is exceptional, but Gaga gives a larger-than-life performance. Gaga’s pop star persona is barely noticeable here as she immerses herself into the role of Patrizia. Although Patrizia is still alive, Gaga refused to meet with her as she did not want to fuel Patrizia’s self-glorification for her former husband’s murder. Choosing to focus on videos and interview clips instead, Gaga replicates Patrizia’s mannerisms, Italian accent and fashion choices. She then advances the role by portraying the cold and calculating side that the media could not have seen during the time the film’s events took place. Gaga does not theatricize Patrizia in an over-the-top fashion, or play the role as an archetype, as she characterizes a flawed human being fueled by ambition, love and avarice. Gaga’s portrayal as a confident yet morally complex woman is full of allure and intrigue that acts a strong source of attention for the film as the Oscar season approaches.

“House of Gucci” is not one of Ridley Scott’s best works, but it is a film that showcases Lady Gaga’s growing prowess as an actress. What the film may lack in a polished screenplay, it makes up for with a bold recreation of the ‘70s-’90s time period and an electrifying performance from Lady Gaga.