REVIEW: ‘The Wheel of Time’ stumbles on first steps, but finds its footing in this epic fantasy adventure 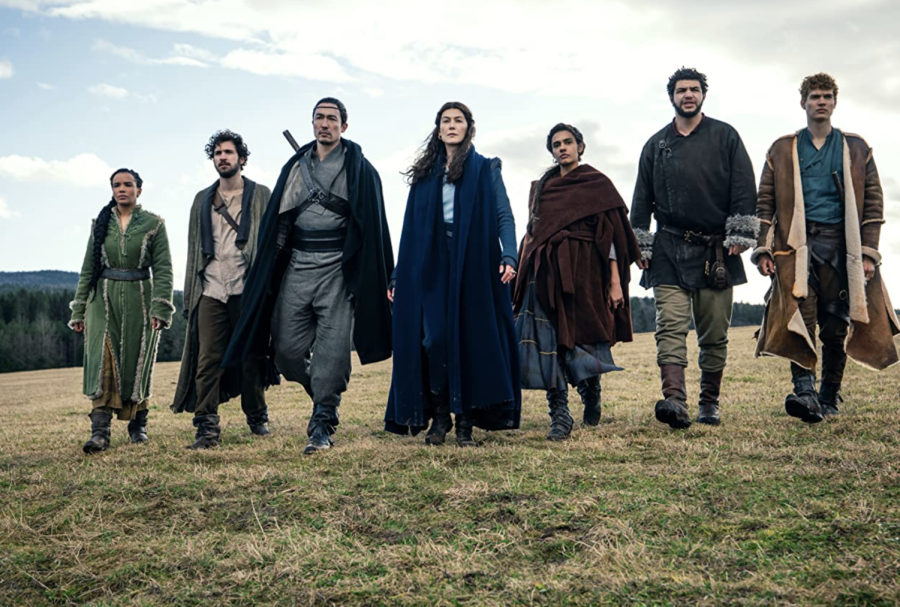 “The Wheel of Time” book series maintains its reputation as one of the most popular high fantasy franchises. With a total of fifteen books written over twenty-three years, it attracted a fanbase spanning across multiple generations. Robert Jordan crafted not only an immersive experience with his books, but a legacy. It is this that Amazon has had to look up to in their television adaptation.

Amazon Prime released the first three episodes of their original “The Wheel of Time” series to kickstart its first season. With five more episodes to be released, it seems the first season will cover the entirety of the first book, “The Eye of the World,” in which the adventure begins for the Two Rivers folk.

Jordan’s focus in “The Eye of the World” is on the Two Rivers’ cast’s journey to Tar Valon, the city in which dwells the Aes Sedai, the fabled magic-welding group. It is a masterclass in worldbuilding, slowing the pace in order to familiarize readers with Jordan’s complicated fantastical world. There is also a great deal of character-building tucked into the action-packed exodus, all to attach readers to the main five.

With so much covered in 782 pages, an adaptation is no easy task. The first three episodes of “The Wheel of Time” series covers key events from the books, from the Aes Sedai Moiraine’s (Rosamund Pike) arrival in the Two Rivers, to the attack on the village and a flight that ultimately separates the main characters at the abandoned city of Shadar Logoth.

Viewers are introduced to the main cast in their hometown as in the books in order to establish a base understanding of them. As expected, a great deal is cut, but the additions surprise. These are mainly seen in the first episode in new familial dynamics that add some sense of motivation for Mat Cauthon (Barney Harris) and Perrin Aybara (Marcus Rutherford). With less time to develop them than in the novel, this is an admirable choice. Interactions among the main cast allow a look into their dynamics, which then clash with the conflict Moiraine brings with her news of their importance. This is another change, as in the first book the characters do not fully possess pertinent information until its conclusion, but it is understandable considering the lack of background that many viewers will have coming into this series.

Regardless of background knowledge, though, there is a sense that something is missing in this first episode. It attempts to build the world, but in its hurry to pack in the opening information, the plot never lingers on one thing too long. The episode’s rising action is more of a collection of conversations. It is clear these were meant to establish characters, but these flashes are not as effective as drawn-out moments would have been. The lack of foreshadowing, too, makes the climactic battle—or scramble in this case—feel unearned. Throughout the entire sequence, there are only a few moments of consequence. It is more concerned with demonstrating Moiraine’s magic than furthering the plot which, while visually stunning, it is not as important as what was left out from the book. The episode either needed to be longer, or tightened up.

Generally, the pacing was off in the first episode. For the viewer that does not choose to continue with the series, the impression it leaves will likely be one of bare adequacy. However, the next two episodes resolve this issue. A calm and subtle build follows now that the characters have begun their adventure. The worldbuilding the first episode lacked comes through in the others with the introduction to the One Power, the cultish Whitecloaks, the history of Manetheren and ominous dream sequences. Small moments like the sinking of the ferry in the second episode do so much to round out the world beyond the immediate narrative. Information revealed through dialogue is natural and necessary, and that gained during their split travels in the third episode is smoothly handled.

Characters also shine through with a slower pace and equal focus. It is a mixed bag—some of the actors are slightly unremarkable, while others dazzle. Daniel Henney as the stone-faced Warder Lan Mondragoran and Zoë Robins as the fiery Wisdom Nynaeve al’Meara are excellent. Marcus Rutherford is also a standout, breathing loveable life into Perrin. Despite actors’ individual prowess, though, the characters’ personalities and emotional beats are enough to pique interest. There is enough subtlety in their motivations to make them feel real. Dividing them in the third episode also gives viewers a chance to better understand their one-on-one relationships while also bringing in tension. As the series goes on, it is likely that viewers will find themselves falling in love with the cast.

In a way, it would be difficult to make a wholly unenjoyable adaptation of Jordan’s series. The books themselves were so well-crafted that Amazon already stands on a steady foundation. There are so many plot elements in the series that it becomes more of a matter of what to choose. From the episodes released so far, it is clear that Amazon’s strategy for streamlining the book series is giving the Two Rivers five equal weights. Whether or not this is successful will likely depend on the pace the show keeps, as demonstrated by these first three episodes. While it is no home run, this first season of “The Wheel of Time” seems to be headed in a positive direction.

The remaining five episodes of the series will be released every Friday on Amazon Prime until Dec. 24.