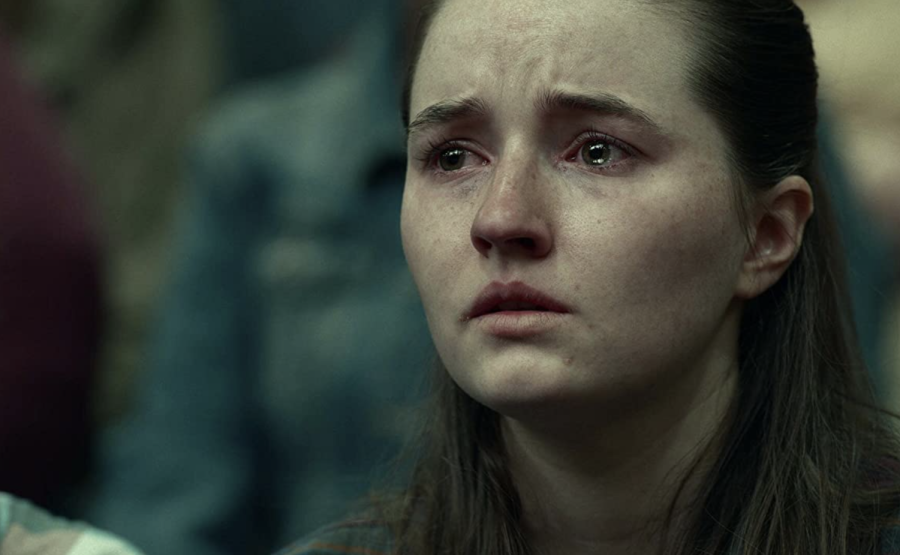 OxyContin is a name that rings a bell in most Americans’ minds. It was the fuel to the fire that is the modern opioid crisis, a flame that Hulu’s recent miniseries “Dopesick” studies from all angles. Based on the nonfiction book by Beth Macy, the series gives an in-depth, personal look into the drug’s introduction to the Appalachia community.

“Dopesick” follows the drug’s progression from conception to mass legal condemnation in the most satisfying of ways. While the characters are fictionalized, the facts are there. Its focus is threefold: the creation and push of OxyContin by the Sackler family, owners of Purdue Pharma; the introduction of OxyContin to the public; and the early investigations into the drug, after a resulting mass addition. It is a great deal to tackle, but creator Danny Strong skillfully interweaves these timelines to construct a seamless narrative. Each of the series’ eight episodes dives into OxyContin’s landmark moments from all three viewpoints.

Unlike a documentary, though, “Dopesick” is no overview. It takes the necessary time to tell its story and does so primarily through its characters. Michael Stuhlbarg’s portrayal of OxyContin’s inventor Richard Sackler sets viewers’ skin crawling from the beginning, announcing his status as the show’s main villain. His fellow Purdue Pharma executives join him, as they spend their screen time dodging community and legal efforts to shut the drug down. While there is some attempt to understand Sackler’s motivations specifically, corporate greed is a strong enough force to propel the Purdue Pharma team towards greater profits.

With the release of OxyContin, the people of Appalachia, a previously unrepresented population in popular media, are the first wave of targets. The excellent cast pulls out several stellar performances that give the opioid crisis a face—or rather, faces—that allow the audience to feel its severity on a more personal level.

Dr. Samuel Finnix (Michael Keaton) is the fictional amalgamation of several country doctors that were deceived into prescribing OxyContin. His care for the people of Finch Creek is something that morally ambiguous salesman Billy Cutler (Will Poulter) capitalizes on, leading Dr. Finnix to introduce the drug to his community. Viewers witness the spiral of addiction in the patients we have come to love, as is the case for the determined daughter and miner Betsy Mallum (Kaitlyn Dever) and even in the doctor himself. The resulting devastation for families and the community as a whole is evident, ranging from personal loss to widespread, drug-related crime. The storyline of the Appalachia community is heartbreaking, but a necessary component of the story to demonstrate the effects of Purdue Pharma’s careless pursuit of profit on the lives of so many.

Woven through this narrative, though, is a ray of hope in the form of the initial investigators determined to take OxyContin down. Bridget Meyer (Rosario Dawson), director of the DEA’s Diversion Division, begins the process in the early 2000s, but it is small-town attorneys Rick Mountcastle (Peter Sarsgaard) and Randy Ramseyer (John Hoogenakker) that finally end the first battle in the people’s favor. Their relentless pursuit of justice is met with several political obstacles, as Purdue Pharma buys their way through higher powers, but the team manages to fish the truth out of the company’s carefully constructed lies. It is yet again another piece of realism that elevates the credibility of “Dopesick,” as justice is not delivered as swiftly as fiction often allows.

With so much stake in its characters, “Dopesick” has no difficulty investing the hearts of its viewers into the narrative. Its cast knocks this project out of the park in every way, investing interest into each storyline. Even characters utilized the least, like Bridget and Billy, still command attention on screen and hold great importance to the miniseries’ conclusion. They do justice to one of the most tragic abuses of corporate power, allowing an event that has shaped the lives of many Americans to capture the full attention of the public.

This miniseries is perfectly crafted, with each episode explaining the steps Purdue Pharma took to legitimize an addictive opioid in the eyes of the public. Similar to a true crime story, it keeps viewers on their toes, as personal character devastations occur alongside new evidence in the investigation. One informs the others in an unexpected, yet comprehendible and refreshing manner. Nothing is overexplained, but everything is revealed at the appropriate time. Considering its story structure, this show is as tightly constructed as can be.

Being a show based in reality, too, the lack of contrivances present in it is an impressive note. The fluidity of the narrative is helped along by its focus on real people, real dynamics. It does not seek to separate the viewer from the knowledge of its basis by offering a watered-down, feel-good version of events. Its end may even feel incomplete to some viewers, but that is because the crisis goes unended. As far as any fictionalized account can, it is an excellent tribute to the issue it addresses.

Hulu’s “Dopesick” is everything a show of its genre should be—real, gritty, gut-wrenching; and yet enjoyable, socially illuminating and ultimately encouraging. It gives form to a drug crisis known only vaguely to some, but so full of meaning for others, both educating and comforting in its approach. Keaton’s Dr. Finnix is not likely to be forgotten with his closing monologue in the final episode—pain is a part of life, and in working to overcome it, we might find our better selves.