OPINION: Society should implement social programs that encourage interactions between individuals with and without disabilities 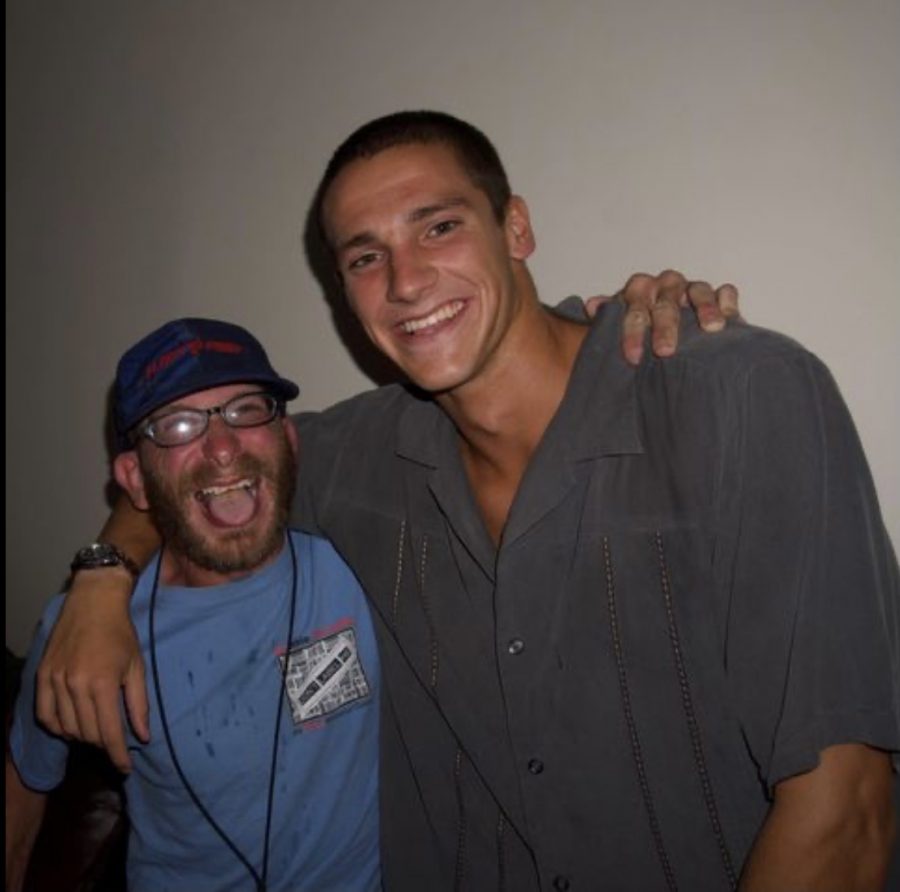 According to the Centers for Disease Control and Prevention (CDC) cerebral palsy (CP) is the most common childhood motor disability However, from personal experience, most neurotypical people have not encountered a person with CP.

This fact of life causes the disability to become the all-consuming factor in any interaction, when in reality CP is a minor part of an individual’s identity. It creates a plethora of issues for people with cerebral palsy who are navigating their way through this world and trying to make genuine connections with their peers. In my debut article, I describe some of the physical struggles I face regularly. However, in honor of World CP day, I am going to describe some of the social challenges that I face navigating through this world while making the argument for encouraging social interactions between children with and without disabilities in order to eliminate some of these stresses in our lives.

As a person with CP, I have a speech impediment which leads people to automatically assume that I am mute and think I can not communicate. This leads to awkward situations such as people getting right up in my face, talking to me in a baby voice or repeating themselves over and over again as if I do not understand them. The other extreme is not interacting with me at all because they think I am mentally incapacitated. This manifests itself in individuals over-exaggerating their interaction or reaction to me. Another way this is manifested is individuals saying they want to do things and then not following through.

A single interaction of this type is exhausting enough, but I am constantly faced with these situations on a daily basis While I have developed a coping technique— coming home, watching something and decompressing—to help me keep on pushing forward, these interactions have a negative affect on my mental health. I feel demoralized and less than human in these situations which in turn affects my mood and confidence going forward.

Now those of you who know me are probably thinking, “Oh Michael, why don’t you pull out your phone and show them that you aren’t mute and can communicate.” In theory this idea would work, but from experience I can say that most people will walk away even before I finish typing what I am going to say, or stay just long enough for me to type out a single thing and then find some excuse to walk away. In some circumstances, this is understandable and fine. However, most of the time it makes me feel like people don’t care or are too impatient to wait for me to communicate with them.

If we were to normalize social interactions between neurotypical children and children with disabilities, these types of interactions would be few and far between rather than the norm. This is because the neurotypical kids will have had experience in interacting with someone with disabilities. This prior experience will undoubtedly play a positive role in the individual’s interactions with the person with the disability. These interactions could be as simple as having kids with and without disabilities play together at recess. Schools could also set up a peer buddy program where someone with a disability and a neurotypical person are paired up in order to foster relationships between them. In order to encourage the success of these programs, there should be incentives for both parties involved so that it would be difficult for it to be passed up.

To illustrate the positive outcome of these types of programs, here is an anecdote from this past summer. I went shopping for shoes at a local store and the store representative and I interacted from the start without any intervening from my sister who was with me. The sales representative just talked to me as if I was any other customer. In other words, he just made small talk with me while he was helping me find suitable shoes. For once I felt whole and that my disability was not the dominant factor in the interaction. Later I found out that this individual had volunteered with Special Olympics which undoubtedly prepared him for our interaction.

Moreover, the informed interactions between neurotypical people and people with disabilities will undoubtedly help the person with a disability feel more accepted, seen and heard. In turn, this will ease the emotional stress, drain and negative mental health effects that the person with a disability experiences on a daily basis. For example, I have met up with the individual from the store several times since that initial interaction. I can say that these times are the highlights of my weeks because it is just two dudes hanging out and chatting. There are no awkward moments but just genuine conversation and laughter.

However, since this is not the norm yet, another coping technique that I have implemented is always hanging out with people whom I feel comfortable with and around. While most people don’t understand why I gravitate toward the same few people whom I feel comfortable around, I do it because it’s exhausting to train new people over and over. Even though some people might know the superficial things to do, a relationship and experience outweigh the actions.

For example, someone giving me a ride somewhere might seem superficial, but when you have the individual asking you about every little thing, it gets annoying and just rubs me the wrong way. Why do they question me more than they would their neurotypical friends? Why does being in the presence of a person with CP make people nervous?

After all, I am quite capable of asking for help when I need it. Another example is me getting help down stairs or over rough terrain. A person with little prior experience would just put out their arm and basically just move when I move which throws me off balance, versus someone who has either observed another person helping me or have been helping me for a while. I know these are just mechanics for specific things, but having to put up with these types of things just take a mental toll on me.

Unfortunately, I have to be cognitive of the fact that I don’t want to be overly clingy to the few people that I do know in fear of driving them away. As a result I spend a great deal of my time roaming around events not really enjoying myself. For example, I might enjoy an hour of a five hour event. The other four hours are mental torture as I roam around the events faking being happy and trying to avoid a mental breakdown.

To add on top of this are the awkward interactions with people. Though I have become desensitized to these interactions due to them being a part of my reality, I still get annoyed and worked up. I am constantly filing interactions with people away in my head. When I do make it home, it often takes longer than the event itself to fully decompress. Even then, I often do not have enough time to decompress before the next event occurs. In these circumstances, the most annoying negative aspect of the event will linger in my head during the next event. This affects my mood at that event. In a sense, it is a never ending cycle that I am constantly balancing.

Yet, there are things that you who are reading this can do in order to ease these difficult social interactions. You can either assign or encourage different individuals to help me interact with individuals at big events, you can do small intimate activities with me to form those meaningful connections, you can interact with me as you would anyone else you know and you can be mindful of what you say to me in terms of wanting to do. Nevertheless, if I had to pick one of these things, I would ask that you would get to know me as an individual, not only through Instagram, and spend quality time with me other than lunch because I can not eat and talk at the same time. I have always been about relationships first and foremost, and if you spend that time, you will have a loyal friend through thick and thin.

In this article, I have attempted to lay out some of the social and emotional struggles I face as someone with a disability, have explained some of my coping techniques, encouraged society to implement programs designed to foster relationships between kids with disabilities and neurotypical kids, and have told you some things that you can do in order to help me feel seen, heard and accepted. At the end of the day, I am asking you to be mindful that others don’t necessarily experience the same reality as you do, and be willing to make those small accommodations so that I feel seen, heard and accepted.