Chancellor Sartarelli to retire in June 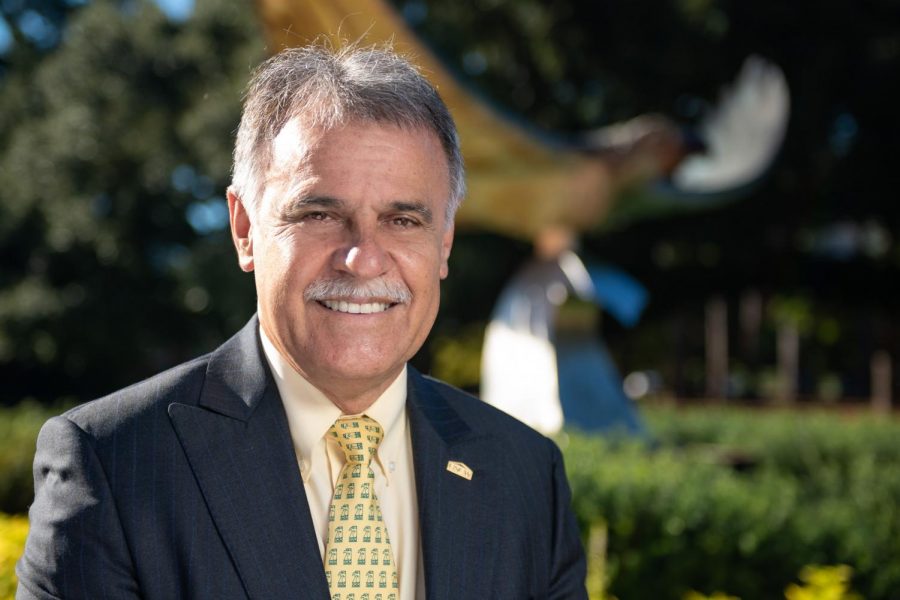 UNCW Chancellor Jose Sartarelli will retire in June according to an email sent to faculty, staff and students on Friday. The email included a personal statement from the chancellor as well as a commemorative summary of his accomplishments since he took office in the summer of 2015.

“I already know that my wife Kathy and I won’t say good-bye when we depart next summer. Instead, we will say, wings up, Seahawks! Set your sights on new heights and keep soaring,” Chancellor Sartarelli said. With noteworthy accomplishments under his belt and years of commitment, Chancellor Saratelli’s farewell statement to the campus implied no regret.

UNCW announced in this fall 2021 semester that the university had surpassed the previous enrollment record under Sartarelli’s leadership. Furthermore, the university’s graduate program expanded and enrollment grew by 151 percent within the last five years. The involvement of major companies recruitment programs has also increased on campus since Chancellor Sartarelli’s tenure.

One of the university’s greatest achievements under Sartarelli is the physical expansion of the college. During his office, around 450 million dollars funded the restoration and construction of two dozen infrastructural projects on campus.

Although the email struck the campus community suddenly, the chancellor announced retirement in accordance with what is statistically expected of a university president. According to a report from the American Council on Education, university president tenures have declined in duration in the last couple decades, with six and a half years calculated as the average tenure in 2017. Sartarelli’s tenure, including the time between now and his scheduled retirement in the summer of 2022, will be around six years.

The email mentioned the position of UNCW’s next chancellor will be promoted nationwide and the successor should be announced by the summer of 2022.