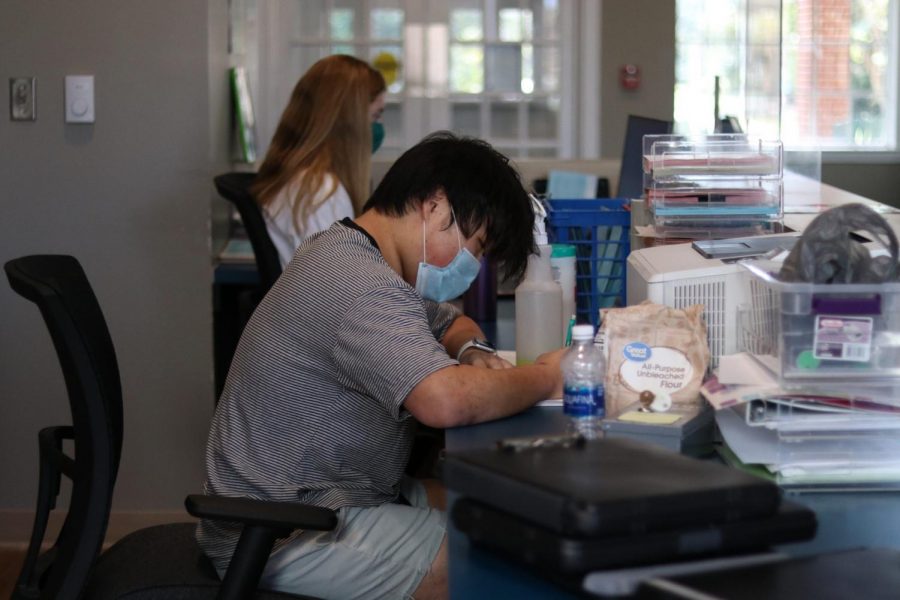 The “science” on COVID-19 has shifted, for the umpteenth time, and the mainstream media are once again refusing to let go of their official pro-lockdown, anti-freedom narrative.

After months of heated debate over whether the fully vaccinated should wear face coverings, the CDC in May gave the green light for those with both their shots to finally go out in public unmasked. Since then, various health mandates were dropped nationwide, allowing pandemic-weary Americans to finally taste their well-deserved freedom. In essence, as long as you were immune to COVID-19, you were free to disregard all further updates on the virus.

Unfortunately, following the lifting of restrictions, new cases of COVID-19 began to tick back up. The renewed surge is attributed to the highly contagious delta variant of the virus, first seen in India. Subsequently, pundits on the left have quickly begun calling for a return to mask mandates, regardless of vaccination status, and floating the option of another devastating round of lockdowns.

But the hysteria ignores an abundance of research arguing otherwise. While breakthrough infections of vaccinated individuals are possible, they appear to be rare and mild. Furthermore, the efficacy of the Pfizer-BioNTech vaccine against the delta variant overall is estimated to be 88%, with the shot being 96% effective against hospitalization and death. Real-world data perfectly reflect this encouraging trend: in Ohio throughout 2021, 98.8% of hospitalizations and 99.5% of deaths involved patients who were unvaccinated. Among those fully vaccinated, the odds of hospitalization are slimmer than 1 in 25,000, with the odds of death around 1 in 155,000.

Even as data show the pandemic to be largely over for the fully vaccinated, the fear-mongering ultimately won the war. On July 27, the CDC recommended that fully vaccinated Americans in roughly two-thirds of U.S. counties should return to covering their faces indoors. At this time, only public places are included, and private gatherings remain unaffected. This does not sound too bad, but the move is based on circumstantial evidence that ignores the overall big picture.

To understand why the delta threat is likely exaggerated, consider the evidence cited by the CDC. One of the key studies, which involved an analysis of 100 vaccinated healthcare workers, found the delta variant generated higher viral loads and therefore higher chances of transmission than other strains of the virus.  The research, however, was conducted in India and based on a different vaccine, diminishing its credibility to Americans. More importantly, the study was rejected altogether by peer reviewers.

The new guidance is also partially based on a series of outbreaks in Massachusetts. This cluster infected 900 patients, three-quarters of whom were fully vaccinated. To be clear, there is no denying that breakthrough events like this are bound to happen with this variant. Even from a somewhat right-leaning libertarian perspective, it is still important to consider all evidence and avoid creating narratives that censor opposing arguments. This incident is real and must still be weighed against the benefits of not having mandates in place.

Yet even after consideration of the outbreak, it is not something to be too worried about. For one, less than ten people sought hospital treatment, and zero—yes, zero—passed away. But also, the event was isolated and contained through Massachusetts’ developing herd immunity. Democrat Alex Morse, manager of Provincetown, Massachusetts reported the town’s positivity rate peaked at 15% on July 15 but is now just 4.8% as of July 30, declaring the town “safe.”

For a historical perspective on the variant furor, consider influenza. A hyper-contagious form of that virus began spreading from a Kansas military base in 1918, plunging the globe into one of its worst health catastrophes. But tens of millions of deaths later, the virus could only survive by evolving into strains that killed the host less frequently. Today, the mortality rate of seasonal flu is estimated to be 1 in 1,000. The disease is said to have become endemic; eventually, SARS-CoV-2, the virus that causes COVID-19, will as well.

But still, even as mounds of data indicate otherwise, the bureaucrats within the CDC remain dead set on their overly cautious and fear-based tactics. This sets a scary precedent. The current guidance does not sound too bad, especially since it does not apply to private gatherings, but it provides ammunition for the establishment left to use for encouraging more harsh measures. Furthermore, given that as recently as July 20 the CDC stood firm by its previous guidance, the current advice is subject to rapid change and could tighten at any time. The White House agreed, saying it would refuse to rule out the possibility of new stay-at-home restrictions.

Lockdown 2.0 (or 3.0, or whatever, I lost count) would be extremely damaging to a swiftly recovering but still vulnerable U.S. economy. Should this occur, a fourth round of stimulus checks will likely sweep the country, paying Americans reluctant to get a job even more money to sit at home and do absolutely nothing. Businesses are still struggling to hire workers, and inflation is soaring. Or, in other words, socialism. That’s what happened in nations like Venezuela and Cuba, ultimately plunging them into extreme poverty and economic collapse. Under absolutely no circumstances, regardless of the delta variant’s trajectory, should leaders mandate any more widespread business closures or stimulus payouts.

But the real kicker here is what will happen to our pandemic-weary children once school returns. The guidance calls for universal masking of both K-12 students and educators. Again, this sounds relatively benign on paper, but in reality, the consequences will be harsh. Children learn to develop social skills by facial recognition and talking, both of which are impeded when faces are covered and distancing is in effect. Over the past year and a half, study after study has underscored the destructive effects of control measures on kids, including months of academic regression, heightened failure and dropout rates and even trillions of dollars of collateral economic harm. The reports cited above, though, are from last year; the impact of another year of all this will be unimaginably worse. Remember, even though full-on closures may not be imminent, authorities are leaving the door open.

Republican politicians nationwide condemned the CDC as well as the Biden administration for “surrender[ing]” to the media’s delta hysteria. House minority leader Kevin McCarthy slammed liberal politicians for attempting to enforce a “perpetual pandemic state” to remain in power. Kentucky Sen. Rand Paul, during an appearance with Fox News’ Tucker Carlson, declared of the new mask advisories, “the science doesn’t support it.” Texas Gov. Greg Abbott even issued an executive order banning cities, counties and schools from issuing mask mandates, with violations punishable by fines of up to $1,000.

Unfortunately, we do not live in Texas, and as a result, UNCW students will be subjected to an indefinite mask requirement during the fall semester. But no matter what happens, please remain calm during this upsetting situation and try to live as normal and fulfilling of a life as possible. Try to resolve disagreements with friends and family peacefully and remain compliant with school and local regulations, no matter how reluctantly, to avoid risking disciplinary or legal action. Be patient, and above all, do not panic. You have the power to emerge from this stronger than ever before, and no matter what the left-wing media scream, this country will eventually emerge, stronger than ever before. At some point, the clock will run out for the establishment. The only thing we don’t know yet is when.