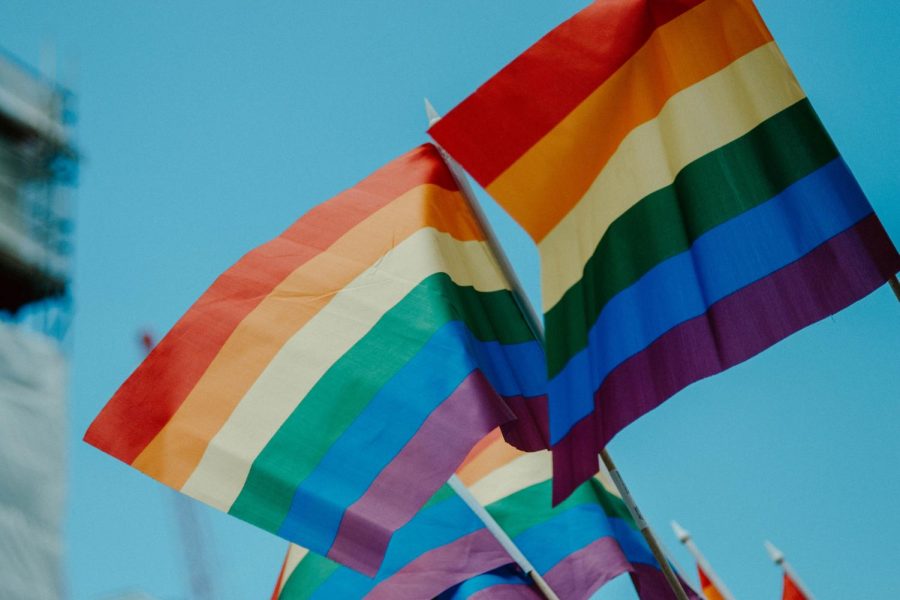 Rainbow flags at a pride parade.

We all have multiple facets to our identity. A couple of months ago, I discussed a big part of my identity as a person with a disability. However, there is another facet of my identity that I have to bottle up much of the time due to living in the Bible Belt. This facet has to do with my sexuality, more specifically, the fact that I am gay. Since it is Pride Month, I will share my perspective living in the South as a member of the LGBTQ community, what programs society should have in place for teens coming to terms with their sexuality and how UNCW could provide more support for the LGBTQ students on campus.

Growing up in a deeply conservative household and church community, being gay was frowned upon. Although it was never talked about openly, there were plenty of homophobic references, little hints and jabs throughout the years. There were incidents of homophobia in a culture that included Bill Clinton’s handling of the aids epidemic and, Michelle Obama being accused of being a secretive transgender person. There was also this notion that gay men were super friendly to all guys because they wanted to have sexual relations with them. People of course used the Bible to defend their homophobia. Take Leviticus 18:22 which says, “Thou shalt not lie with mankind, as with womankind: it is an abomination,” and the Sodom and Gomorrah story in Genesis 14.  Lastly, there was this theory of, “Oh some people have feelings that are not natural and that it is their responsibility to fight against those urges if they wanted to go to heaven and not hell.”

While this kind of speech and religious belief is protected by the Constitution, federal legislation should be enacted to ensure that this is not the only thing that queer kids hear growing up in conservative households, being homeschooled or in private schools. This could be in the form of mandatory enrollment in a yearly class where sexuality is talked about regardless of the religious beliefs of the parents. Further classes could be offered to students who need resources after they come out as gay.

I was distracted during my formative teen years learning basic things that a baby would learn since I was in a wheelchair until I was 11. However, cognitively and psychologically I was realizing that I was attracted to guys. This realization came from being around other guys in my church community whom I would see on Sundays. Furthermore, I was conflicted when I sat in the pews for friends’ weddings knowing that I could not get married in good faith within the church. One can imagine the silent conflict I faced. On one hand, I was attracted to some of the guys, but I was at a place where I was reminded that being gay was a sin. I definitely could not confide in the adults in my life.

This unfortunately is the reality of many queer kids growing up in conservative households. A mandatory class would give them the opportunity to discuss their fears of not being able to marry, of being rejected by their church community, their grappling with religious beliefs and even just the guilt and shame of living in a household with conservative beliefs.

Similarly, since this program would be affirmative of the children’s sexuality, perhaps the children would not be so inclined to self-loathing. For many queer teens, myself included, this manifests in us pointing out every little joke that people make which have gay connotations to it.  We think this is a clever deflection tactic. However, in reality, this creates a bigger target on our backs because we draw attention to ourselves as being overly pious and zealous.

Hopefully, this intervention program would also eliminate the need for queer individuals to wait to come out until their mid-20s like I ended up doing. Likewise, this group will undoubtedly create community among LGBTQ teens, something that I had to turn to the internet and YouTube for. While I was able to connect and become friends with Vinny Vaillancourt, Taylor Robins, Zach Garcia and Quinn Birkholz, queer kids would benefit so much more from a community that is not separated by distance.

Likewise, since this would be a mandatory class for all kids growing up, it would help rewire these kids’ brains in terms of how these kids talk about sexuality and people of different abilities. Perhaps future queer kids will not have to be afraid to talk about their sexuality among friends. In addition, queer kids of all abilities would be acquainted with each other, building connections and friendships.

This class would also prevent rocky experiences on the LGBTQ dating scene for individuals with disabilities. Perhaps this would eliminate the occurrence of potential dates from bailing once they find out they have a disability. This would also eliminate another subset of the community since it is full of labels and tribes.

However, this class would benefit future queer kids. Due to our current society, most men have an innate disgust when it comes to homosexuality. Take, for example, me hanging out with my friends whether they be religious or people whom I know from UNCW. I tend to be very timid in talking openly about my sexuality. For example, I tend to ignore the feeling, although it is a perfectly normal reaction. I do not know how the other person would react even though many of these men spout off jokes with gay connotations all the time. I do not even feel comfortable asking around in terms of having mutual friends and such without fear of being labeled as this sexual deviant. Unfortunately, I know this is true because I have had several instances where this has occurred.

So, for those men reading this and thinking that this is not normal, think about how many times you talk about girls and go up to girls to make a move. Think about how many times you have seen a girl whom you know have a mutual friend and how you have asked them about the girl that you are interested in. The only difference between your actions and my actions is that you are asking about someone of the opposite sex while I am asking about someone of the same sex. Until this becomes normal thinking in our society, LGBTQ members will have to be cautious about whom they open up to.

Unfortunately, this synopsis of my story is not the exception for many queer students, who are often leaving home for the very first time. With this being the case, UNCW should incorporate mandatory training for incoming and current students to both try to educate them on how to interact with and around LGBTQ people and alert them to be conscious of their fellow peers whom they do not necessarily know all that well. UNCW should also acknowledge Pride Month as a university. This will help set the tone for the entire university.

So, while I take pride in my sexuality and have constructed a small LGBTQ community for myself, it is not yet all rainbows and unicorns for me as I celebrate Pride month.