OPINION: The government and mainstream media prevented us from addressing the lab-leak theory. There should be consequences. 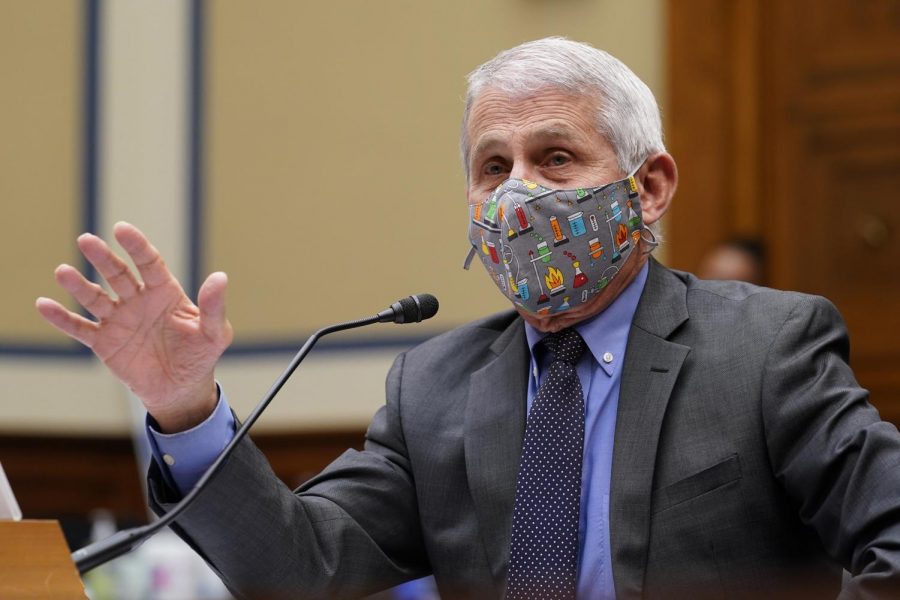 Throughout the COVID-19 pandemic, the world has learned massive amounts of information about the virus and how best to respond. However, one of the most crucial details remains to be determined: its origin. After all, amidst death, disruption, desperation and despair, humans are hard-wired to find someone to blame. But more importantly, learning the culprit behind this horrible chain of events will help researchers and health officials prevent future viral catastrophes, as well as hold to full account anyone found to have intentionally or negligently contributed to the pandemic’s takeoff.

Unfortunately, just like with everything else COVID-19-related, government bureaucracy and toxic politics have needlessly complicated the situation. Some scientists believe that the virus has a natural origin, particularly a live animal market to which the first confirmed cases were initially linked. Another theory is that SARS-CoV-2, the virus that causes COVID-19, leaked from a lab, most likely the Wuhan Institute of Virology in the same city as the pandemic’s first epicenter. Yet Democrat pundits and left-wing media have relentlessly downplayed the latter possibility and seldom reported findings to the contrary.

To be clear, the leakage of COVID-19 from Wuhan’ institute has not yet been officially confirmed. It might never be, especially as the lab’s top officials, as well as their ultimate superiors in the Chinese Communist Party, continue to suppress the truth. But numerous signs, relating to both the virus itself and the suspicious politics surrounding it, have emerged in favor of the lab-leak hypothesis.

Take, for example, a February 2020 piece from the left-leaning Washington Post. The article slammed the lab-leak hypothesis as a “conspiracy theory” that has been “debunked.” But it did not stop there. The Guardian, Slate, Vox were also key offenders, according to New York Magazine columnist Jonathan Chait. To make matters worse, some pundits or articles slammed the theory as racist, which does not make sense when you actually stop and think and then realize that only the Chinese government and senior Wuhan Institute of Virology officials would be at fault should the virus have leaked from the lab. While many of the worst stories have been redacted or edited, the mainstream media’s credibility has taken irreversible damage from the attempted cover-up.

To add insult to injury, social media companies have been complicit. Up until late last month, Facebook banned any content promoting the lab-leak theory. That’s right. If you dared to question the official Democratic narrative, you got the boot. Or, if you were a little luckier, your post would simply be flagged as misinformation, in which case it would be obscured and replaced with an official link to a fact-checker. But that’s not all; the fact-checkers cited Peter Daszak, a scientist who, along with 27 others, signed a February 2020 statement in The Lancet slamming the explanation as “conspiracy theories.”

But what is really disturbing is just how close the media was to covering up their narrative for good. It was only uncovered after thousands of emails belonging to Dr. Anthony Fauci were obtained through a Freedom of Information Act request submitted on behalf of multiple prominent news organizations. The messages were dated between January and June of last year, during the pandemic’s infancy, and provide crucial evidence for what was really going on.

In one series of messages, Fauci was warned that SARS-CoV-2 showed signs of being man-made. At one point, he sent a paper entitled “Baric, Shi, et al — Nature Medicine — SARS Gain of Function.pdf,” with the name Baric referring to an immunologist linked to the Wuhan lab and gain-of-function referring to the practice of manipulating viruses to make them more potent. Yet Fauci has publicly dismissed any connection between Baric and gain-of-function research. Other emails, obtained by the anti-corruption group Judicial Watch, show that America’s top infectious disease expert was found to have sent more money to the Wuhan Institute of Virology than he had previously claimed.

You know what that means? Fauci blatantly lied. He must be fired immediately, at minimum. Furthermore, because of the high-profile nature of his comments throughout the pandemic, a criminal investigation, most likely for perjury, should not be ruled out.

But of course, the left-wing media is still hanging on to their narrative. CNN is attempting to claim that the emails are “misconstrued.” The network also got it wrong in September when they warned that life would never return to normal, and in February of this year in a headline suggesting that the “dark winter” of the pandemic was merely the beginning and not the end as it turned out to be. Evidence of collusion among Fauci, mainstream media and Big Tech is mounting,  Sen. Marsha Blackburn (R-Tenn.) said in a Twitter video.

And perhaps not coincidentally, the genome of the virus points to an artificial origin. An analysis by the Wall Street Journal found the virus contains a special sequence, CGG-CGG, that has never been naturally found in any other coronaviruses, including cousins SARS-CoV and MERS-CoV. Yet the combination is among the most popular choices for the modification of viruses in the lab. Furthermore, unlike its relatives, SARS-CoV-2 did not need to evolve several times in order to become contagious enough to cause an epidemic. Instead, it immediately took off the moment it first encountered humans, with no significant mutations occurring until the autumn of 2020 in the U.K.

Perhaps new evidence contradictory to the studies of the virus’ genome will eventually emerge and the natural-origin theory will resurface. Based on what happened when mainstream media and Big Tech tried to censor the lab-leak origin, it is important to avoid creating a counter-narrative and dispeling other theories until one hypothesis is proven beyond a reasonable doubt to be true.

You may have noticed I have been using the word “narrative” a lot to describe this whole debacle. Well, sadly, it is just another example of what happens when an official narrative is pushed and the other side of the story is ignored. The narrative that Saddam Hussein was harboring weapons of mass destruction drove the years-long, destructive and utterly pointless Iraq War. The narrative that stemming COVID-19 required intense closures and lockdowns ignored the severe economic fallout as well as studies questioning whether the measures were even justified to begin with. The narrative that last summer’s riots could be justified in the name of fixing racial disparities left many Black-owned businesses in ruins. While all these issues needed to be addressed through appropriate action, the pushing of often distorted narratives and cancellation of counterpoints, did not help. On top of that, as anti-war journalist Nebojsa Malic summed up perfectly in an RT op-ed, no society can be truly free so long as it contains such narratives.

This entire pandemic and the mainstream media’s dishonest coverage should merit resignations, firings, arrests and criminal prosecutions across the board. Too many people across the world have faced death, sickness, isolation, mental health impacts and financial loss in order for those complicit to dodge accountability, especially as the origins remain shrouded in secrecy. Since some officials of interest may remain protected by their own governments, like Fauci by the Biden administration and Wuhan leaders by the Chinese Communist Party, countries worldwide must collaborate to ensure accountability. Regardless of its exact origins, the COVID-19 pandemic is a global crime, perhaps the crime of the century, and hence deserves global prosecution.