OPINION: DA must explain and reduce charges on Wilmington protesters 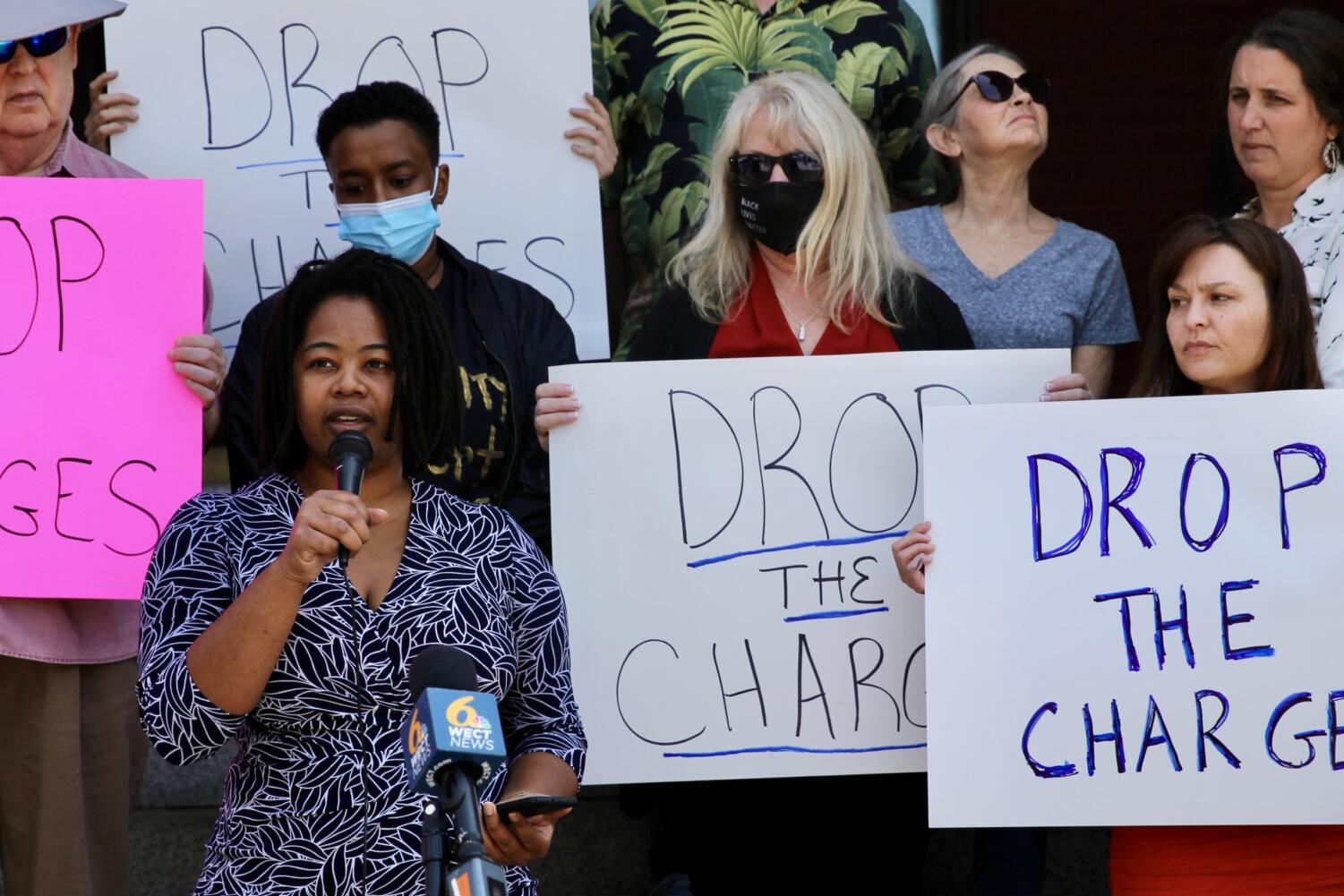 New Hanover for All’s Ashley Daniels speaks at a press conference Monday, calling on the district attorney to drop charges against three prominent protesters in Wilmington who are accused of vandalizing property.

Throughout American history, the Black community has been suppressed through slavery, lynching, discriminatory voting exams and restrictive voter ID legislation, among other tactics used to marginalize this community. Recently, our criminal justice system’s corruption and biases have been exposed, most notably in the murder of George Floyd.

However, some of these tactics are less brazen. For example, consider the Wilmington District Attorney Ben David incident of targeting well-known protesters and activists. David charged James Earl Frazier with destroying a pro–Trump sign on the night of Oct. 8.

Although the DA’s office mysteriously dropped the charges, psychologically they won their case. This is because they made him an example of what they could do to future protesters. Any protesters familiar with his case will have second thoughts about whether to protest due to the simple fact that they might end up having to deal with legal consequences. Unfortunately, in many cases, these protesters will probably not protest in the future, which means David effectively silenced future demonstrations.

However, they could start rebuilding the trust of the protesters and the general community by explaining why the charges were dropped. I am arguing this because it would restore Frazier’s reputation within the community. Moreover, it would help restore trust between the community and the DA’s office.

In addition to rebuilding trust, the DA’s office could redirect some of their resources to help people get connected to counseling services. This would reduce the likelihood of future charges which would only cost more of the taxpayers’ dollars. Wilmington would benefit from an outlet for the community to vent their feelings about the system. Psychologists have shown if people do not have a proper channel to vent their feelings and they hold it in, they will act out irrationally. So, why not use this as a wake-up call to implement systems that could prevent future charges from being filed? This will further the rebuilding of trust because it will show the community their local government is willing to listen to their concerns.

In addition to the outlet reducing the number of future charges filed against protesters, it could be an inroad for the police to keep an eye on the pulse of the situation more civilly. U.S. citizens should not be spied on with drones and other techniques if they are just trying to fight for equal rights. We do not live in a regime state like North Korea. The Fourth Amendment ensures privacy as long as it is reasonably expected. Inside one’s home or personal space is a reasonable place for protesters to expect privacy. Imagine a city where government agencies and the community link arms and fight together for basic human rights.

Finally, they could take it a step further and hold a listening session where the DA engages with the public to try to understand the perspective of the community. A leader is remembered by the way he conducts his affairs.