OPINION: Political leaders should use their power to accommodate for better transportation options 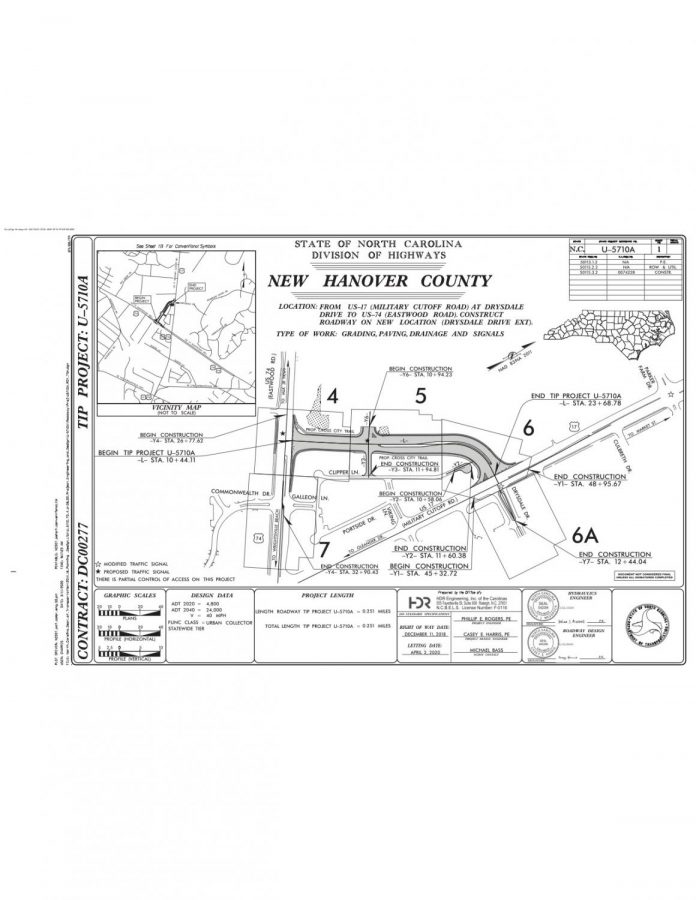 Plans for the construction on Military Cutoff Rd.

However, with the current housing crisis in Wilmington, a leader of his stature should use his power to boost the welfare of all his constituents. Rep. Rouzer should not have used one of his earmark requests to secure funds for a road expansion. He should offer an alternative that would be more efficient for everyone involved.

A basic human need is shelter, according to Maslow’s hierarchy of needs. With rent prices skyrocketing and the ongoing homeless crisis in Wilmington, one would think a congressman of Rouzer’s stature would be concerned with procuring funds and legislation which would address this crisis. What good is an expanded road if most of the residents are struggling to keep a basic necessity such as shelter? A person who lacks shelter will likely not have a car to drive on the expanded road.

Without shelter, a person is unable to apply for assistance because, in most scenarios, one has to have a permanent place of contact. Furthermore, according to Maslow’s hierarchy of needs, a person without shelter lacks the ability to take care of themselves financially and physically. The person’s social needs are definitely not met because we as a society are raised to avoid, and in many cases, are taught that it is the individual’s fault that they are in their circumstances. In reality, the system is so broken and politicians like Rep. Rouzer are not using their positions of power to implement meaningful changes which would benefit everyone.

Since this system is so broken and people are unable to climb out of this cycle, they lack the top two essentials of Maslow’s hierarchy of needs: esteem and self-actualization. When people have genuine esteem for themselves, they are more motivated to do what it takes to accomplish their goals and aspirations. When they possess this esteem, they are more motivated to chase their dreams because they are not worried about other people’s opinions about them.

While I definitely think that Rep. Rouzer should try to procure legislation that would limit landlords’ ability to raise rent prices needlessly which profits only owners, he could use his earmark request to help fund the transportation system which is in need of dire improvements, which I’ve discussed here.

Using his earmark request for improving the transportation system would be beneficial in many ways. First and foremost, it would probably not cost taxpayers $3.84 million which means that money could be invested into something that would have a quicker impact on people’s daily lives.

Second, if the main reason for expanding the road is to cut down on the congestion, improving the transportation system to a point where it is beneficial for higher-income individuals to start using the system would do this quicker than spending years in construction work. To ensure that these higher income individuals actually use the system, Rep. Rouzer could offer incentives such as a tax break for those who use the transportation system. Once these people start relying on the public transportation system, the congestion problem will help solved because there will be fewer cars on the roads.

So, while Rep. Rouzer has requested funds to help expand a road, I believe that he should use his request to help fund and improve the transportation system in Wilmington. This move would help solve the congestion problem and would give everyone equal opportunities to strive.