The most underrated bat in UNCW’s lineup 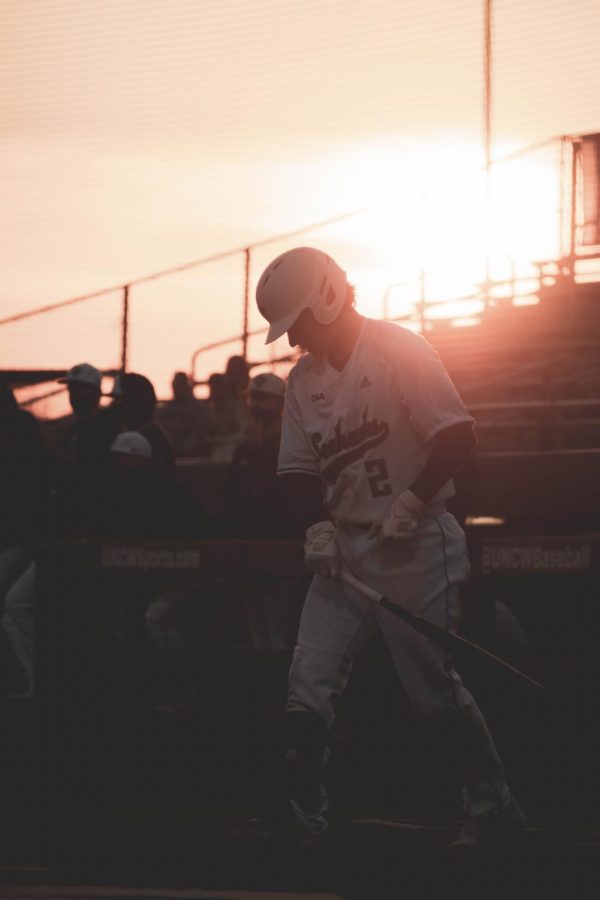 Taber Mongero coming up to bat at Brooks Field.

WILMINGTON, North Carolina – If you had to guess, who would you say leads UNCW in batting average at this point in the season?

Brooks Baldwin? Matt Suggs? Kip Brandenburg? It has to be one of these guys, right?

Taber Mongero is hitting .319 so far in 2021, which leads all other Seahawk sluggers who have a minimum of 100 at-bats. Mongero is also third on the team in RBIs with 22, trailing only Baldwin and Suggs.

Mongero has made a habit of getting on base and turning the lineup back over to Baldwin, who has arguably been the best offensive player in the conference in 2021.

In a “pass the torch” offensive approach, nobody does it better than Mongero. Although the redshirt sophomore only has one home run on the year, he does his job by getting on base and setting UNCW up for success.

Mongero’s defensive abilities match his offensive output as well. The 5-foot-9 shortstop forced Head Coach Randy Hood to find a spot for him in the lineup earlier this season after showcasing his arm strength and range in the middle of the infield.

Mongero and the Seahawks (23-16, 7-8 Colonial Athletic Association) will return to action on May 7 when they host James Madison (9-11, 4-5 CAA) for a three-game conference series. First pitch is set for 6 p.m.