OPINION: Who is the filibuster for? 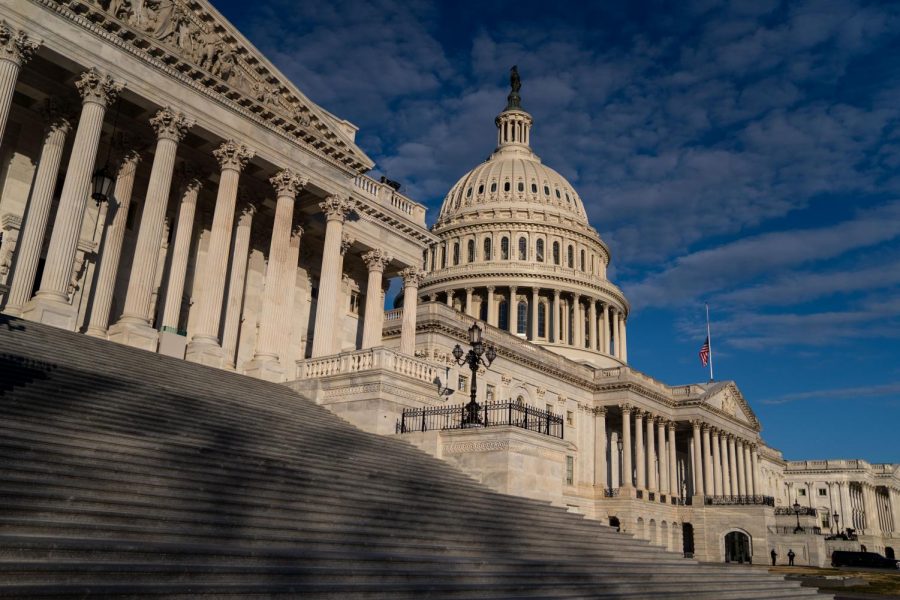 President Joe Biden is aiming to get a wide-sweeping infrastructure bill passed as his next landmark legislative achievement after the American Rescue Plan passed this past March. Estimated around $4 trillion, the administration is taking on the Herculean task of attempting to pass this bill in a bipartisan fashion instead of immediately opting for a reconciliation method of getting the package through.

While infrastructure has long been touted as a prime issue to achieve significant support from both parties, it is becoming increasingly clear that even this will be virtually impossible to receive the 10 Republican votes in addition to Democrats 50 senators required to pass a bill. What once required a simple 50-1 vote majority now requires 60 total votes to pass in the Senate thanks to the filibuster.

According to the Brookings Institute, the filibuster “was not part of the founders’ original vision of the Senate. Rather, its emergence was made possible in 1806 when the Senate—at the advice of Vice President Aaron Burr—removed from its rules a provision (formally known as the previous question motion) allowing a simple majority to force a vote on the underlying question being debated. Filibusters then became a regular feature of Senate activity, both in the run-up to and aftermath of the Civil War. Senate leaders from both parties sought, but failed, to ban the filibuster throughout the 19th century.”

While Democrats have the option to bypass the filibuster through budget reconciliation rules, they are only granted three times a year they can do this. President Biden has also indicated that he is hoping to make inroads with Republican Senators if he can before resorting to any reconciliation process, a move that in and of itself is not guaranteed to work as the White House intends with Senator Joe Manchin (D-WV) threatening to withhold his vote over a disputed corporate tax rate increase.

While it is feasible to eliminate the filibuster as it exists now, many senators, including Manchin and other Democrats, are hesitant to destroy what they see as a key tool of the minority party. With Democrats’ Senate and House prospects looking mixed going into the 2022 midterm elections, several Democratic senators are worried that Republicans would be able to do much more damage than they did during the Trump administration if the filibuster is removed.

While certainly a justified concern, if Democrats want to maintain control of the House and Senate, then their best bet is to go all in and eliminate the filibuster. Though the Obama administration was notable for many things, they were ultimately unable to accomplish many issues of note due to the filibuster,  including a public option being added to the Affordable Care Act and the failure to close Guantanamo Bay.

This failure was due in part to the president’s hesitance to go too big on any legislative achievement for fear of appearing too extreme or partisan. In hindsight, this measured response ultimately had the opposite effect and many become apathetic to a president who touted generational change on the campaign trail. Now, all these years later his vice president is clearly keen on avoiding the mistakes of his predecessor.

Democrats won the White House, Senate and House last year, and while not by the margins many in the party hoped for, they received a clear mandate. And it is in their best interest to stick to their word and get passed as much of what they campaigned on as possible.

While some Democrats in the Senate may fear that Republicans could get out of hand if they gain back power and a majority in a post-filibuster world, there is no reason why that should not be the case. If a party is able to win control across the board then there should not be any significant obstacles to implement their agendas. That goes for both parties.

What is the point of elections in the first place if neither party is able to accomplish anything of note that they campaign on? What better way to increase partisanship and fighting than maintaining the same level of conflict with exponentially less getting passed? Voters are destined to become apathetic if neither party is able to govern the way they say they will.

Democrats have to break this cycle for the health of our nation and for the health of their party. The moment is calling on Biden to implement his agenda in the way he wants it done, and if he hopes to avoid the mistakes of his predecessor then he has to fully come to grips with the reality that Republicans have no interest in working with him, even if a majority of Americans side with him.