Expect Adam Smith to remain in the starting rotation for UNCW 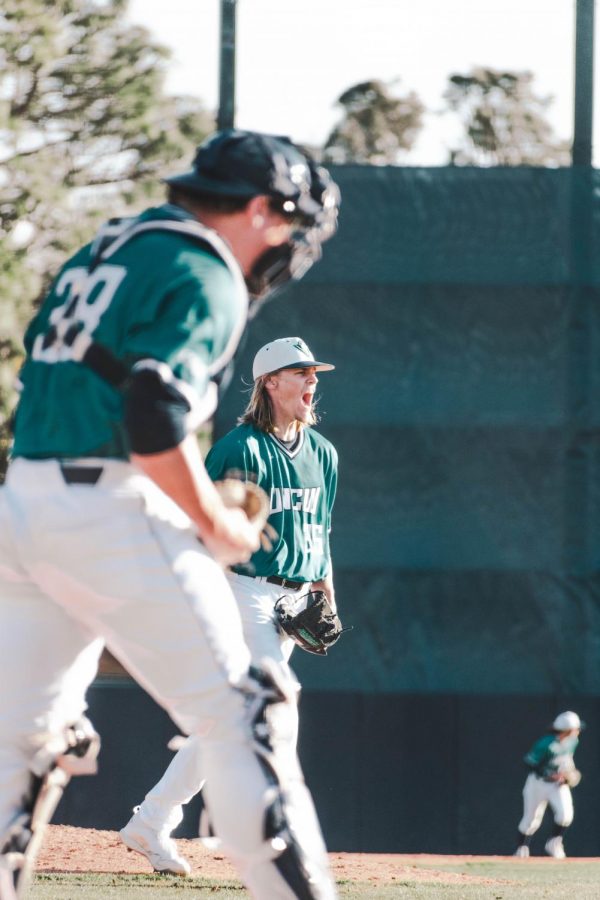 Adam Smith during UNCW's matchup with Cincinnati at Brooks Field.

The righty pitched six scoreless innings and gave up just two hits in a 3-2 victory over the Bulldogs.

Smith has been one of the Hawks’ best pitchers in 2021, as the West Chester native carries a 3-1 record on the season with a 2.02 ERA.

If you somehow miss the sound of his catchy entrance song, ‘Follow God’ by Kanye West, you can identify Smith by listening for the loud pop of the catcher’s mitt after he throws his fastball.

Still can’t tell if it’s number 35 or not? Here’s a dead giveaway…

If there are more than half a dozen scouts behind home plate, then it’s probably Smith doing the pitching for the Seahawks.

Up until Saturday, Smith had been used solely out of the pen, making 12 appearances and three saves so far in 2021. However, his days of watching the first seven or eight innings before he makes his entrance from the bullpen in right field might be over.

During his outing on Saturday, Smith allowed only one base runner to get into scoring position. The Seahawks made some great defensive plays throughout the weekend as well, which helped Smith and the other guys on the mound.

“We talk about our first-step quickness and our first step on defense,” said Hood. “I just thought we did a great job.”

If Smith is the number two starter for Coach Hood and UNCW moving forward, he will likely be sandwiched by the CAA Preseason Player of the Year, Landen Roupp, and Luke Gesell who joined Roupp and Smith on the preseason all-conference squad.