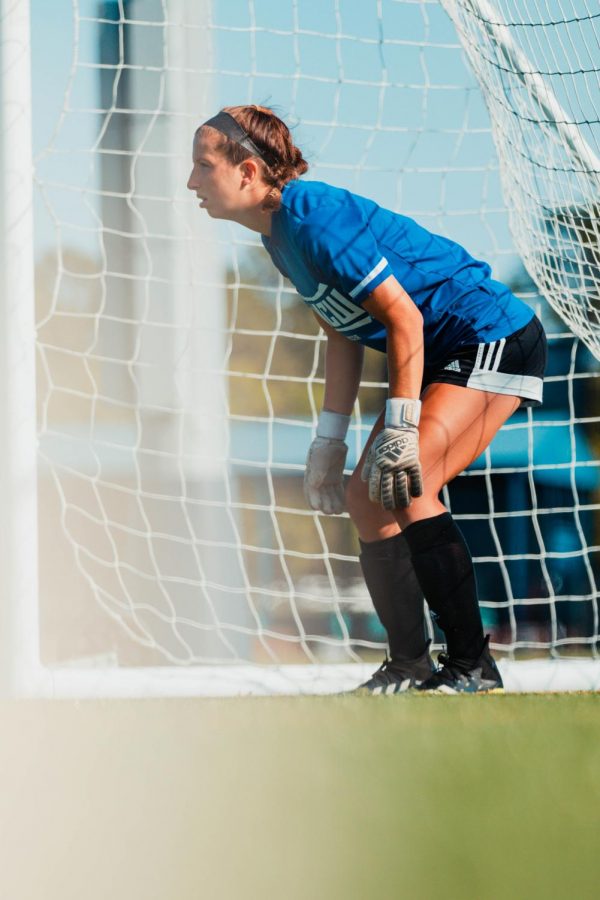 Freshman goalkeeper Blair Barefoot, the CAA Rookie and Goalkeeper of the Year, put up her best effort in the heartbreaking loss to the Phoenix, making five total saves, keeping the game alive for the Seahawks on multiple occasions, not the first time she’s been clutch this season.

The struggle to put the ball in the net on both ends made overtime seem inevitable. However, to the Seahawks’ disappointment, Elon senior midfielder Carson Jones rebounded her own shot and snuck a goal past Barefoot in the 82nd minute.

The Phoenix went on to win the game, breaking UNCW’s five-game winning streak, and securing an automatic bid to the NCAA tournament.

Despite the crushing loss, the Seahawks finished the season with an impressive resume, especially considering the constant changes and limited schedule due to Covid-19. UNCW finished 7-3-0, and 4-0 in the conference, winning the CAA South Division title, not to mention their appearance in the CAA title game was their first since 2012.

With only one senior on the team, the future looks bright for the Seahawks, and hopefully, a more normal season is on the horizon.