What a fourth-straight loss means for UNCW baseball 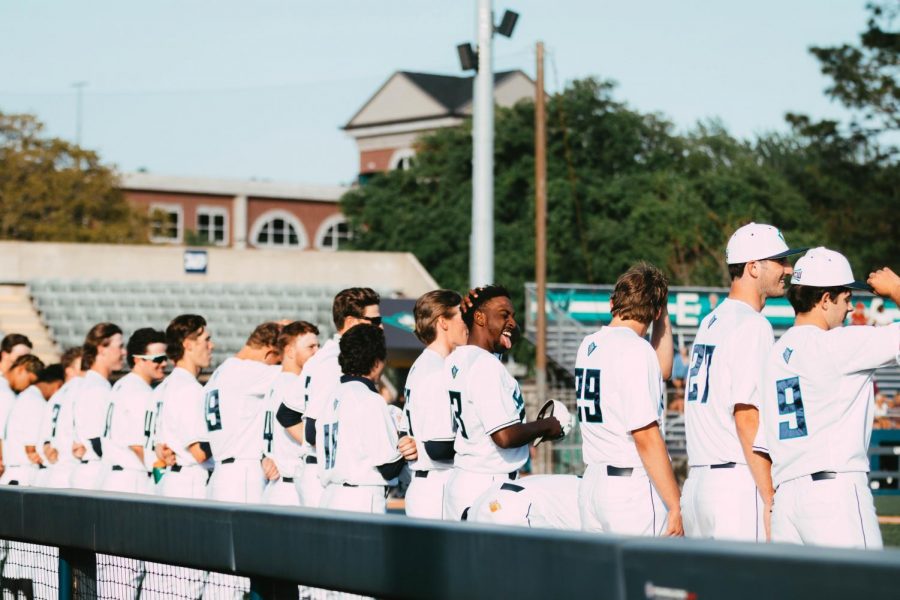 UNCW baseball before its game with Coastal Carolina on Apr. 14, 2021 at Brooks Field.

The loss marks four straight defeats for the Seahawks after getting swept by no. 13 Oklahoma State in Stillwater over the weekend.

“Not a good effort,” said UNCW Head Coach Randy Hood during Wednesday’s postgame interview. “We’ve got to find a way to get things going back in the right direction really quickly here with Asheville coming in this weekend.”

The Hawks held a 2-0 lead entering the fifth inning of Wednesday’s contest but quickly found themselves playing catch-up ball after surrendering four Chanticleer runs, all with two outs.

UNCW’s pitching will need to be better this weekend against a UNC Asheville team that has scored a total of 31 runs in its last three games.

A series win against the Bulldogs will also do a lot for a Seahawk team that has seemed to lack momentum since its big win against ECU almost a month ago.

After its homestand with UNCA (10-16, 9-12 Big South Conference), the Hawks will enter a stretch of its schedule that offers three conference opponents and back-to-back games against Coastal Carolina.

The Hawks were picked as the favorites to win the South Division in the CAA but currently sit near the bottom. UNCW will need a couple of series wins in the next few weeks to boost its chances of living up to preseason expectations.

“Just got to do a better job from a coaching standpoint,” said Hood. “We’ve got to find a way to get our guys moving in the right direction and that starts with me.”