A learning experience in Stillwater 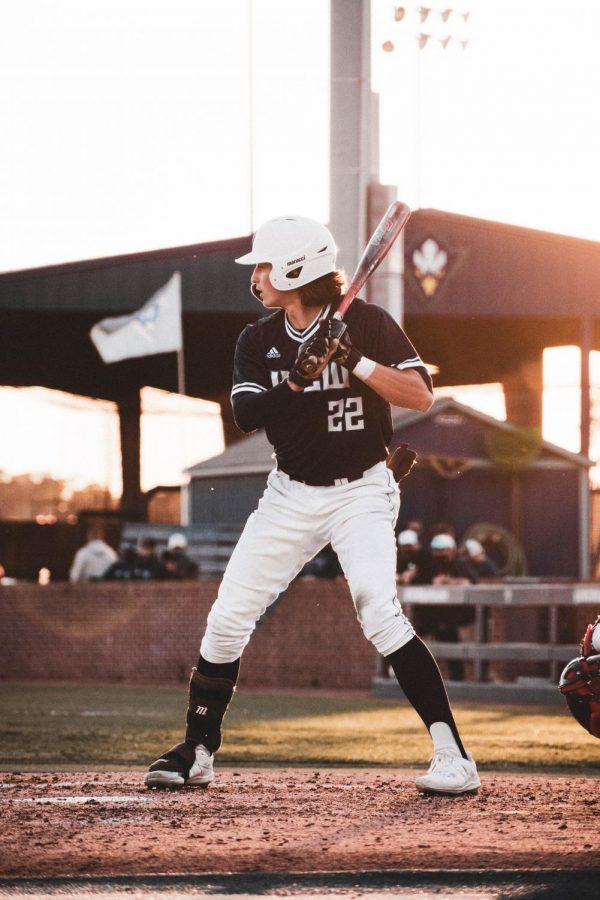 UNCW's Noah Bridges at the plate at Brooks Field.

STILLWATER, Oklahoma – After having its series against James Madison canceled due to COVID-19 protocols, UNCW baseball (15-12, 4-5 Colonial Athletic Association) booked a plane ticket and headed west for the weekend.

The Seahawks traveled to O’Brate Stadium in Stillwater, Oklahoma for a three-game series with Oklahoma State (21-7-1, 6-3 Big 12 Conference). The no. 13 ranked team in the country quickly let the Hawks know its trip to the Sooner State would not be an easy one.

The Cowboys immediately jumped out to an early 4-0 lead in Game 1 of Saturday’s doubleheader after inclement weather the day prior forced the two teams to postpone Friday night’s matchup.

The Seahawks trailed 7-1 heading into the final inning, but a five-run ninth gave the Hawks a shot to not only tie the game but to win it. Noah Bridges served as the tying-run only 90 feet away with one out, but two flyballs from Brooks Baldwin and Jac Croom ended UNCW’s rally and the game.

Things didn’t get much better for the Seahawks, as the team dropped the next two games of the series, falling 10-3 in Game 2 and 10-4 in the finale which saw Head Coach Randy Hood and Assistant Coach Chris Moore get ejected in the sixth and seventh innings.

Oklahoma State is the second nationally ranked team the Seahawks have played so far in 2021, the other being no. 7 East Carolina.

A 10-2 victory over the Pirates back in March, proved the Hawks can hang with anybody. There is no way Hood and his players walked into O’Brate thinking any differently.

They just got punched in the mouth. Yet, they still got up swinging.

Throughout the three-game series, UNCW scored 12 runs in the sixth inning or later. There’s no quit in this team. They didn’t get the nickname ‘Cardiac Hawks’ for no reason.

One thing is for certain, getting swept by Oklahoma State may not feel very good right now, but it will serve the Hawks well moving forward. Getting experience playing one of the best teams in America will make UNCW a much better ball team heading into May.

The Seahawks will get a chance to get back on track Wednesday, April 14, when they welcome Coastal Carolina into town for a midweek matchup at Brooks Field. First pitch is set for 6 p.m.