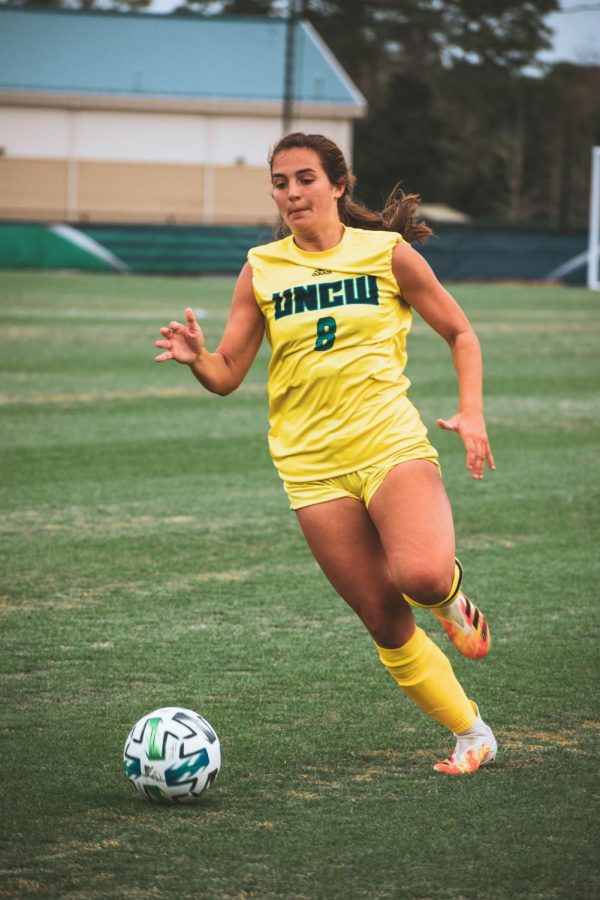 The first half went scoreless with both teams taking an even four shots on goal. However, the Seahawks ended the stalemate with their one and only goal in the 49th minute when freshman midfielder Madison Henry assisted junior defender Talia Parrous in scoring her second goal of the season. UNCW ended the contest with 11 shots on goal to Charleston’s eight.

The Cougars played a much more physical game with 16 fouls to the Seahawks’ six. Cougar senior defender/midfielder Leah Deutsch picked up a yellow card in the 83rd minute.

The Seahawks also doubled the number of saves the Cougars made, with freshman goalkeeper Blair Barefoot tallying six saves, the first shutout of her college career.

UNCW will head to Williamsburg, Virginia next Sunday, March 28, to take on William & Mary at 1 p.m.