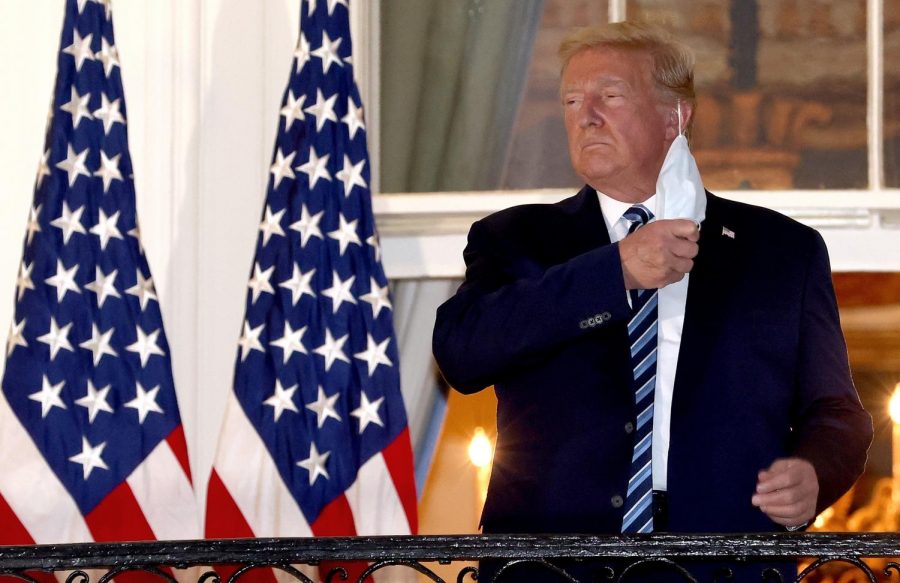 Former President Donald Trump must be held accountable for his actions. From spreading disinformation to grieving supporters following his re-election loss to calling on a far-right mob to march to the Capitol and “fight like hell” at a Jan. 6 rally in Washington, D.C., ultimately triggering a deadly insurrection. The president perpetrated a serious assault on American democracy as a lame duck. In the two weeks between the mayhem and his scheduled departure from office, calls mounted nationwide for his resignation or removal. The Democrat-controlled House of Representatives, despite his days being numbered, ultimately voted to impeach Trump–for the second time–in an attempt to bar him from running for president again.

Unfortunately, the effort failed in the Senate. Despite all 50 Democrats and seven Republicans voting to convict, the tally was ten Senators shy of the two-thirds supermajority required to permanently oust the president. The news was very disappointing to Democrats and anti-Trump Republicans; in fact, nearly six in ten Americans disagreed with the acquittal, according to an ABC News/Ipsos poll conducted Feb. 15. But the good news is that Trump’s escape from justice may be merely symbolic in nature and the former president still has a next-to-nil chance at even running for president again, let alone winning.

For starters, consider the basic psychology of Trump’s behavior and communication to the public. He has used incendiary and loaded language on news and social media platforms, particularly Twitter, to draw enormous amounts of attention, as if he was more of a reality show star than America’s commander-in-chief. His rhetoric has further divided an already tense country, causing some Americans to despise him like a villain and others to worship him like a divine being. This is evidenced by his abnormally stable approval ratings over the course of his administration, with major events only budging it by one or two percentage points.

However, the Capitol riot will likely defy expectations. Trump’s megaphones were abruptly muted in the days after the attack, stopping the spread of his deceptive and divisive speech. Several social media platforms, like Facebook and Instagram, announced they were “indefinitely” suspending the president. But perhaps the most notable action taken was Twitter’s decision to permanently ban and delete all content from his account. The company also pledged to never reverse its decision if Trump runs for, or even wins, another presidency.

Divisions within the Republican Party itself pose another significant threat to Trump winning back the presidency. Since the riot, many moderate conservatives have condemned the violent behavior of the pro-Trump mob as an infringement on their values. Hard-right members, on the other hand, have slammed “RINO” (Republican in Name Only) politicians for turning against the president, such as Liz Cheney for voting in favor of impeachment. The civil war within the party is costing them dearly: since Jan. 6, thousands of GOP voters have switched their affiliations. In Colorado, one in every 200 registered Republicans had defected. That may not seem like much, but in crucial battleground states like Pennsylvania and Georgia where the winner is often decided by razor-thin margins, a similar defection rate would spell disaster for future Republican presidential nominees.

But perhaps the biggest factor playing against Trump does not involve politics at all. The former president faces an uncertain future as he stares down a tsunami of legal problems, with his political career, assets and freedom all on the line. Just before and during his presidency, dozens of women had accused and sued Trump of sexual misconduct. More lawsuits are pending as well, many of which target the president’s questionable financial practices, including tax records showing that he only paid up to $750 each year. The potential monetary losses from both legal fees and settlements would be devastating to any future political campaign, especially as the real estate empire that helped propel him to the White House in 2016 is rapidly crumbling.

Worst of all, Trump faces possible criminal prosecution for calling one of Georgia’s top elections officials and asking him to “find” 11,780 votes, one more than the slim margin by which he lost to Joe Biden. Local authorities are closely investigating the incident and may pursue charges such as voter fraud, which in Georgia carries a prison term of one to 10 years and a fine no higher than $100,000. No former commander-in-chief in U.S. history has even faced criminal prosecution, let alone conviction or incarceration. But given how remarkably exceptional, unpredictable and at times reprehensible the Trump presidency has proceeded, all three of these outcomes remain on the table, and may for the rest of Trump’s life.

There are, of course, many media pundits and oddsmakers who decline to rule out a second Trump term. They are right, to an extent: the former president’s future is not set in stone, and Biden may face controversies down the line that could impact Democrats’ odds of holding the White House four years from now. The midterm elections, slated for late next year, determining whether Democrats retain control of Congress, will also be a key factor that will provide more insight into the next presidential race.

Perhaps the conservative-majority Supreme Court sides with Trump or dismisses the lawsuits against him. The GOP’s popularity could eventually rebound as collective memory of the Capitol attack recedes. The heart of the 2024 presidential campaign is still more than three years away, and a lot will happen between now and then. But for now, Trump’s odds are stacked against him, as declining Republican support, financial troubles and legal woes combined all make a future presidential term unlikely.