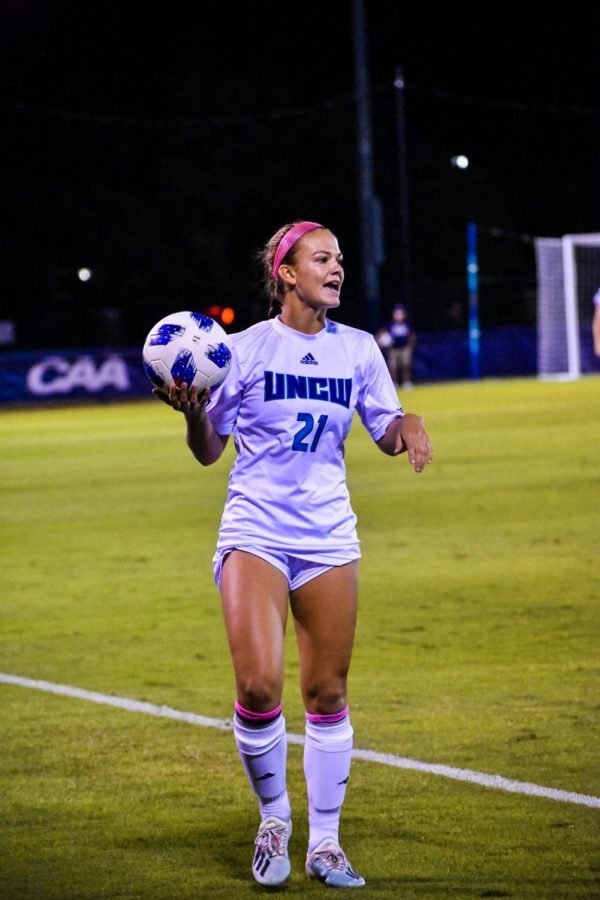 This meeting was the seventh all-time between the Seahawks and the Wolfpack, N.C. State now leading the rivalry 7-0-0. This was their first meeting since 2016, and only UNCW’s fourth ever season opening overtime match.

Freshman midfielder Madison Henry put the Seahawks on the board early, with a goal in the first minute of the game. The score then remained tied for the rest of the first half. Sophomore forward Leyah Hall-Robinson tied the game for the Wolfpack in the 51st minute, with a goal assisted by redshirt junior defender Lulu Guttenberger. Hall-Robinson then took a pass in overtime from junior midfielder Toni Starova to score her second goal of the game in the 95th minute, which gave the victory to N.C. State.

The Wolfpack managed to nearly double the number of shots on goal that the Seahawks took, with 15 to UNCW’s eight. UNCW also committed 14 fouls to State’s eight, one of which was a yellow card given to freshman defender Kara Mills in the 44th minute.

Both teams tallied two saves for their goalkeepers. Redshirt sophomore Anna Johnston started the game for the Seahawks, but was replaced with freshman Blair Barefoot in the 51st minute.

The Seahawks will look to rebound Sunday Feb. 21, when they travel to Charlotte to play the 49ers at Transamerica Field at 2 p.m.