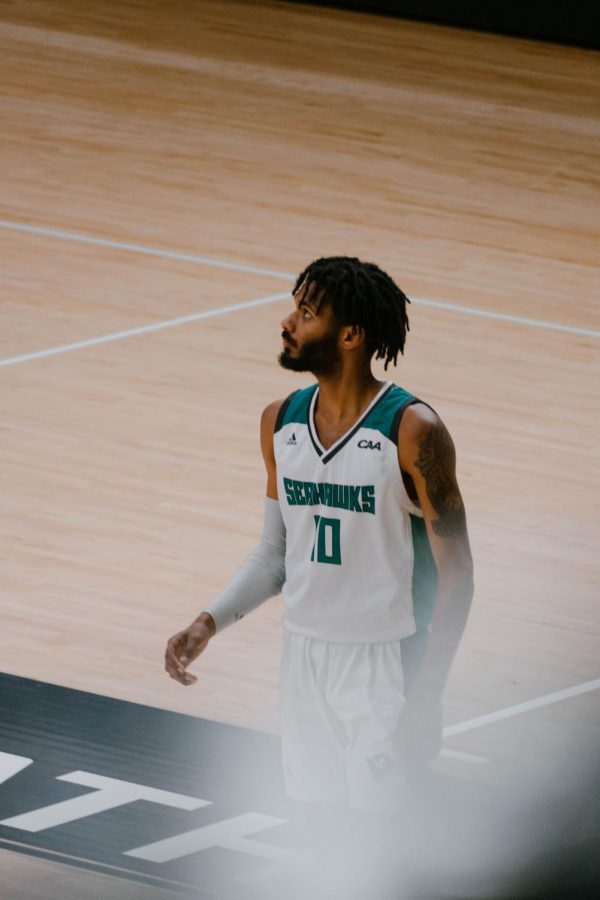 The Seahawks were led by senior Mike Okauru in the scoring column who finished with 25 points. Okauru got to the free throw more than anyone on Tuesday, making 10-of-12 from the charity stripe.

As a team, UNCW excelled from the free-throw line, shooting over 91%, but cannot seem to translate that success to making jump shots consistently. The Hawks’ poor shooting continues to linger, as the team shot just under 36%  from the field and an even 28% from deep.

UNCW Freshman Jamahri Harvey continues to shine as he displayed his unlimited potential with a season high 21-point performance.

Ever since the beginning of the season, Takayo Siddle has made it clear he wants his team to hang its hat on the defensive side of the ball. That they did on Tuesday, forcing the Tigers to cough up the rock a total of 16 times which were cause for 16 Seahawk points.

Towson hitched its wagon to Zane Martin who led the team with 24 points and relied heavily on its sheer size advantage to outrebound UNCW, 40-25.

In order to be successful, the rest of the season, the Hawks are going to have to make outside shots consistently and rebound on the defensive end. UNCW will likely be the smaller team against every CAA opponent and must find a way to neutralize the size differential that does not bode well for them in the rebounding category.

UNCW will head back home to prepare for a weekend series with Delaware inside of Trask Coliseum. Saturday’s 1 p.m. tipoff will be the first action between the Hawks and Hens since last year’s CAA Championship.