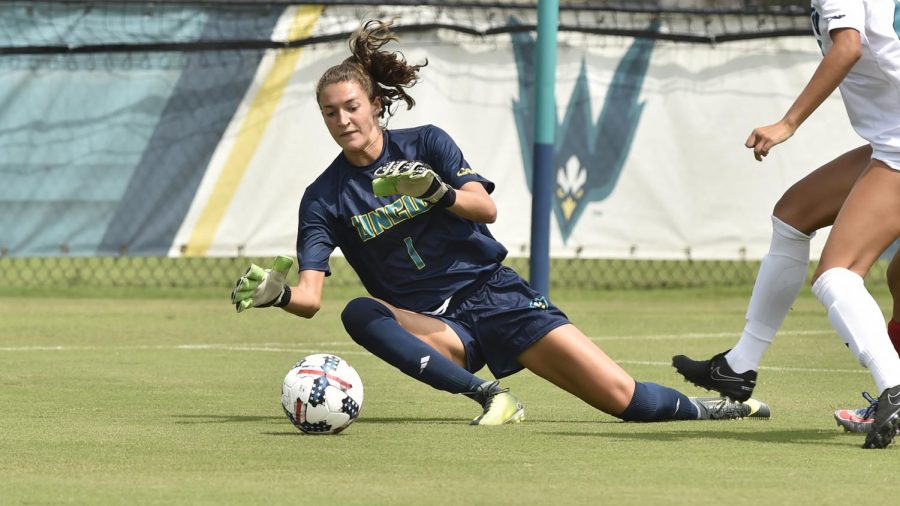 With the No. 29 overall pick, the Washington Spirit selected the 2019 CAA Goalkeeper of the Year who ranks fifth all-time at UNCW with a 1.20 career goals against average.

Over her three-year career with the Seahawks, Schneider logged 3,674 minutes of game time while recording a total of 131 saves including nine shutout performances which ranks sixth overall at UNCW.

Schneider also started for Jamaica in the 2019 FIFA Women’s World Cup in France and helped the squad to a third-place finish at the CONCACAF Women’s Championship.

The newest member of the Spirit will have until Jan. 22 to decide whether she wants to report to D.C. immediately or wait until the end of the 2021 spring collegiate season.