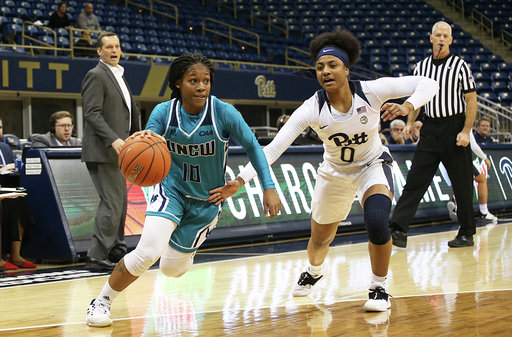 Although the Lady Hawks struggled in the first half, trailing by as many as 14, they showed up big in the third quarter for the third straight game, scoring 28 points, the most in a single quarter since Coach Karen Barefoot took over the team four years ago.

Despite the explosive third quarter, UNCW was unable to close out the game with a victory, as Kennesaw State ended the game with a 12-0 run in the last three minutes. The Owls also shot 48.3% from the field, compared to the Seahawks’ 32.3%, and outrebounded the Lady Hawks, an unusual statistic for UNCW.

Due to the postponement of the Duke game, scheduled for Dec. 22, the Lady Hawks will have 11 days off before hosting Mercer on Dec. 29, at 2 p.m. in Trask Coliseum.