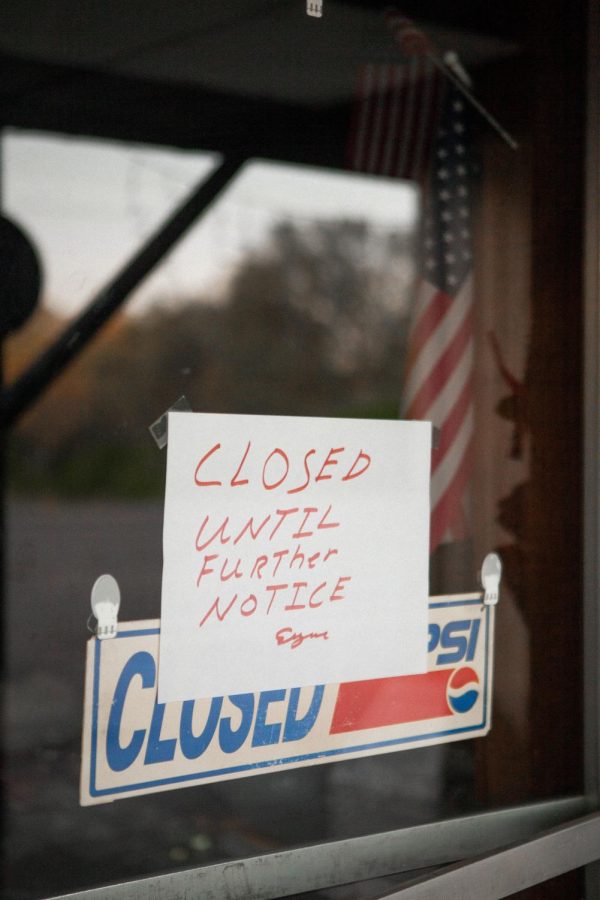 Business closed due to COVID-19 shutdown. Photo by Andrew Winkler

A botched federal response. A piecemeal, state-by-state approach to stay-at-home restrictions. A huge summer surge that wiped out the little progress made during the spring. A stark contrast between Democratic and Republican states. A distrust in science and institutions. A severe outbreak of misinformation and conspiracy theories. The U.S. has long been the worst country for COVID-19 in terms of cases and deaths. But the virus-weary nation is now entering uncharted territory: the U.S. has crossed the grim milestone of 10 million infections and witnessed seven consecutive days of more than 100,000 new cases. Nearly 250,000 American lives have been lost to the virus.

Many argue that the country needs another round of shelter-in-place orders, or better yet, a nationwide lockdown. Even Michael Osterholm, who is involved in President-elect Joe Biden’s newly-formed coronavirus task force, suggested “we could lockdown for four-to-six weeks.” After all, in this truly desperate position, shouldn’t we shut down all possible sources of transmission, even the ones that have been deemed very low-risk?

Believe it or not, the answer actually seems to be no. Even Osterholm’s proposed stimulus package does not seem to be enough to offset the enormous costs. For one, political division within Congress, between a Democratic House and GOP Senate, means that such a package may not even be passed at all. Even if Democrats miraculously win the upper congressional house in Georgia’s runoff elections in January, there will be intra-party disagreements between centrists and hard progressives.

Americans have already felt the consequences of the deadlock on Capitol Hill. Only one stimulus, the CARES Act in March, has ever been passed, and since then Democrats and Republicans have been unable to ratify a second. A mid-October study found that over the course of the pandemic, 8 million Americans have entered poverty. The CARES Act initially saved 18 million people in the U.S. from poverty, but that figure has since dropped significantly.

Regardless of the success of this or any other stimulus plan, no amount of free money can compensate for the severe fallout of home confinement. The “thin bandage” of the stimulus, writes the National Review, would be unable to prevent the economy’s partial recovery from bleeding out. The pandemic-induced mental health crisis would also likely get worse. As even small, socially distanced get-togethers that helped strike the perfect balance between staying safe and staying sane suddenly become illegal again, incidences of depression, anxiety, substance abuse, suicide and more are all likely to soar.

A survey of roughly 2,000 people ages 18-24 found that nearly half of the group reported suffering from at least moderate depression. Rates among those who were recently unemployed or evicted were higher. More than one-in-three respondents have contemplated self-harm or suicide, compared with just three percent before the pandemic. These numbers have remained stable over the past several months and failed to improve as U.S. states partially reopened over the summer. With that in mind, one can reasonably conclude that the mental-health situation will only grow that more dire amid a return to full lockdown.

The aforementioned issues are also likely to worsen conflicts within families and lead to a surge in domestic violence. According to WebMD, uncertainty surrounding the economy and duration of the draconian measures is certainly bound to further inflame already high emotions, increasing the prevalence of intimate-partner violence. Meanwhile, the draconian measures themselves, which would likely include closures of schools, workplaces and “nonessential” businesses trap victims with their abusers. A study released in August, after the devastating stay-at-home orders in the spring and surge in contagion over the summer, found that domestic violence was more rampant during the pandemic than the previous three years.

Increased tensions in the home also translate to increased tensions in society, particularly between rival political factions. Many European countries have returned to full lockdowns amid a record-setting second wave that began to sicken the continent in September and October. But the new restrictions have been frustratingly difficult to enforce and have been met with protests, riots and civil unrest. In Spain, looting became rampant the weekend after a nationwide night curfew and closures of provincial borders were imposed. Italy has also tightened the reins, by shuttering movie theaters and setting a 6 p.m. curfew on restaurant and bar operations. Despite majority support for the new rules, violent protests have broken out in cities like Rome, Turin and Naples.

The situation does not appear to be any better in the U.S. A Gallup poll conducted between Oct. 19 and Nov. 1 found that fewer than half of Americans would comply with new shutdowns, versus 67% in April. While nearly nine-in-ten Democrats expressed willingness to comply, the figure for Republicans was just 40%, compared to 74% in April.

Lockdowns are also questionable even from a public-health viewpoint. Much more is known about the coronavirus’ behavior now than eight months ago, when the pandemic was first declared. We know that masks work. We know that standing six feet apart from others works. We know that socializing outdoors works (better). We know that avoiding large crowds works. And we also have a lot more tangible supplies than we did in March. We have more masks. We have more tests. We have more (and better) treatments. The overall death rate is lower than it was in the spring. Eventually, we will have vaccines readily available to put this pandemic in the rearview mirror once and for all.

Until then, the U.S.—and the rest of the world—should use available information and resources to strike the delicate balance between checking the virus and checking the economic fallout. Blunt lockdowns were understandable in the spring, when pretty much all we knew about the virus was that it spreads person-to-person and is much deadlier than the flu (it still has both these traits). But now, with our much larger pool of knowledge, states and countries are able to flip some of the economic levers back to “on” whilst modifying operations to lower the risk of COVID-19 virus transmission. And it looks like all we have to do to get through this surge of the virus is to turn a few more of these levers to “off.”