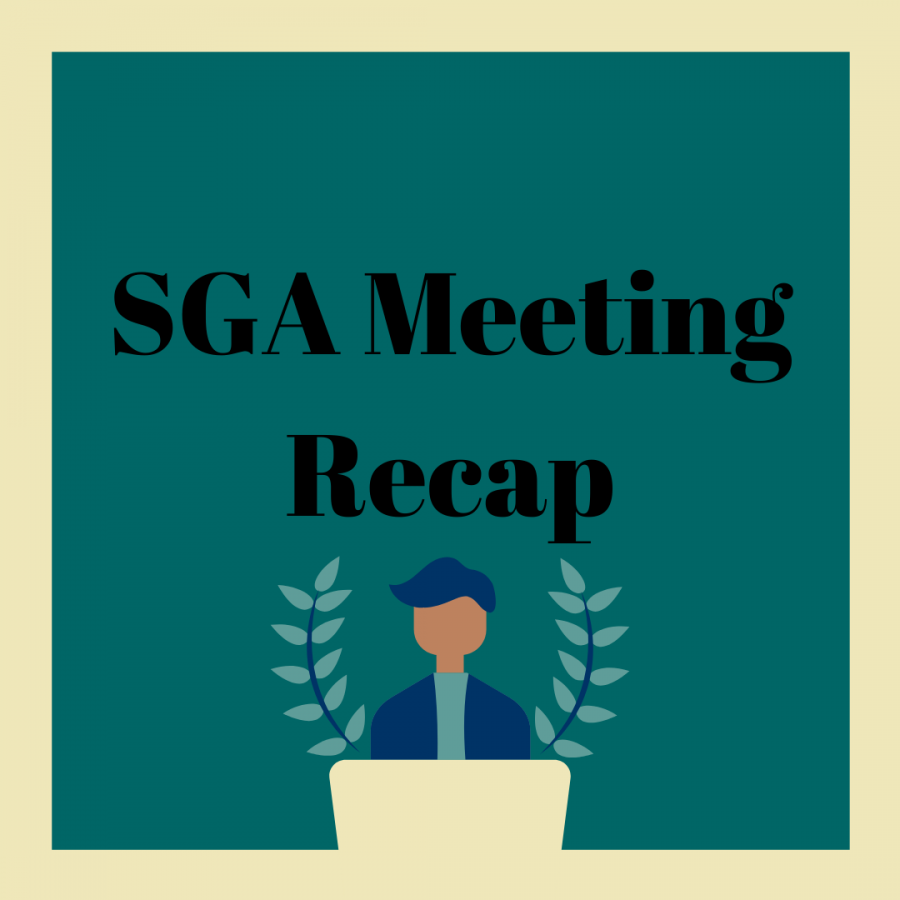 The Student Government Association (SGA) met for the final time this semester and they introduced and voted on several items of legislation including an appropriations bill, a statue amendment and a floor resolution.

In his weekly report, Matt Talone, SGA’s President, said that he, Nolan Byrd, SGA’s External Affairs Committee, and several UNC Association of Student Governments (ASG) delegates recently met with several state representatives. They discussed receiving more money to go towards student relief funds, more state-appropriated money for financial aid and gaining a vote for the ASG president on the Board of Governors.

“Because we met with one of the representatives who represents the Wilmington area, I’m going to be reaching out to her to see if she’d be willing to meet with me and a few other people about some more UNCW specific issues, namely our library funding,” Talone said.

Talone also gave an update on the coronavirus (COVID-19) testing procedure for students returning in the spring.

“As you all may have heard all on-campus, students are going to be required to test negative for COVID within 72 hours of returning to campus and those who can’t get it done before they come back can get it done at the health center,” Talone said. “It’s one of the 20-minute rapid tests, so you’ll be able to just do it and then move in, but you have to have it done before you move in.”

Talone added that there will also be regular surveillance testing of on-campus students for the first couple of weeks of the semester. It is unclear how long that will last Talone said given the limited number of rapid tests available.

In her report, Sabrina Balent, SGA’s Vice President, talked about how she and Kyle Glover, SGA’s Treasurer, had a discussion about creating a freedom of expression wall on campus. Balent said this idea is still in its early stages, however, it has been passed onto Chancellor Jose V. Sartarelli and Associate Vice Chancellor and Dean of Students Mike Walker.

Following their weekly reports, SGA voted on an appropriations bill. Appropriation Bill 03 was a capital expenditure of $1,495 for a 4k Cinema Pocket Camera Kit requested by the Flicker Film Organization. SGA’s appropriation committee voted 9-0-0 to approve this request and the Senate approved the committee’s recommendation 37-1-0.

Next, a motion to bring news business to the floor was approved.

Constitutional Amendment 5.11.17.20 ‘An Amendment to Chapter 100 Statues’ deals with how SGA runs their operations. One notable change was to start using gender-neutral language when drafting legislation. This amendment was approved 33-1-0.

Lastly, a resolution was brought to the Senate floor.

To attend or watch future SGA meetings, you can join the Zoom meeting here. SGA holds its weekly meetings on Tuesdays at 6:30 pm.