Humans of the Dub: There’s a difference between Biden and Trump 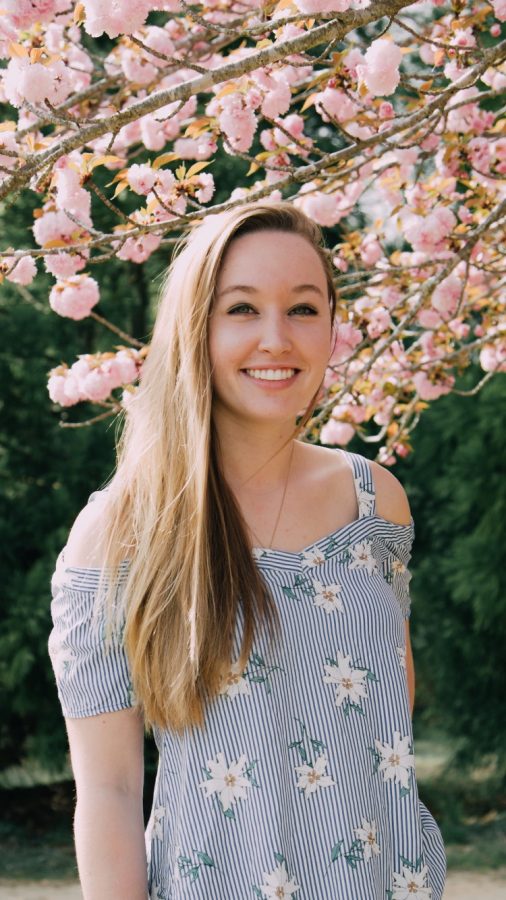 During the campaign season, what were your thoughts on President Trump and former Vice President Biden? Did you feel strongly about one or both of the presidential candidates?

“Well, I definitely feel negative about Trump. I realize that Joe Biden and Kamala [Harris] obviously have their own issues, but I still support them. I was very against Trump because he’s been an awful leader. I don’t think he’s mentally capable. I realize all the mental stuff going on with Joe, but I just don’t think Trump is fit to lead our country. Trump is a narcissist. He shouldn’t be someone that’s running our country. I feel strongly against him and because of that I feel strongly in support of Joe and Kamala.”

You mentioned that President Trump is a narcissist. Could you give examples of such in his rhetoric or behavior as president?

“Just what he’s [President Trump’s] doing in spiraling because he’s losing– his tweets saying that he’s already won– his entire vocabulary just proves that he’s a narcissist. Everything he does is great. He’s the best at everything and no one else matters. Also, all the lying he’s done. His supporters are as scary as he is. Either they see all the lying he’s done and recognizes what a horrible human being he is and supports him or just so stupid that they don’t see any of that. They think it’s all fake.”

There has been a lot of controversy regarding President Trump and former Vice President Biden saying that they are both unfit to run for President. Many voters state that they are choosing between a man of lesser evils. How do you feel about that statement? Between these two candidates, is there a grey area or a clear right and wrong?

“That’s a hard question. I think there is a little bit of a grey area. Like I said, I realize that Joe isn’t the best candidate and Kamala also has her faults too. But just the hate that Trump has done in our country and how he’s dealt with the coronavirus pandemic even when Obama basically handed him a playbook on how to deal with a pandemic, I just don’t think he deserves another four years. With how Trump is handling our elections, it’s just so undemocratic and not okay. Putting Amy Coney Barrett on the Supreme Court isn’t okay. I would say there’s a little grey area, but ultimately there is a big difference between Biden and Trump.”

The 2020 U.S Elections is very unique because of the sheer number of mail-in ballots being sent due to the pandemic and the fact that we couldn’t declare a winner on Election Day. What were your feelings and emotions as states were continuing to count their ballots?

“I was really stressed out. I was constantly refreshing the page and seeing whether Nevada or Pennsylvania had finished counting their votes. I was hopeful that Biden was gonna win when the ballots were being counted and turning blue. I was really disappointed to see how many states were turning red knowing what Trump has done. Those people still supported him. I understand that a lot of people who voted for him back in 2016 flipped and decided to not support him for this year’s elections. Even with all the hate going on, the fact that there’s still a large support base blows my mind. I was definitely really nervous and nervous for a lot of other people too. There was also so much violence going on during this election, There had been talk of people staying indoors or being scared to go out and vote. That’s not okay. That shouldn’t be happening in an election.”

“I don’t know. Part of me thinks yes and part of me thinks no because Trump is a big baby who’s all talk. Recognizing the fact that he is a narcissist, how thrown all these tantrums and threatened to peacefully transfer his power (which Hillary totally called out), I wouldn’t be surprised if he went kicking and screaming. That’s just his narcissistic behavior.”

With the civil rest going on with the Black Lives Matter movement and the COVID-19 pandemic, do you think that just because we have elected a new administration all these problems are going to be improved?

“I do think there is a lot of work that needs to be done beyond who our president is. I am hopeful that the outward support of getting back into the Paris Accords and actually believing that climate change is real is a good step in the right direction.”

In an ideal election, would Joe Biden still be your presidential pick?

“I would’ve voted for Yang, no doubt. I don’t remember a lot of his policies now, but I really like the idea of supporting people below the poverty line by giving extra income. His program entailed that if you were already receiving some sort of federal aid, you would just need the extra money to equal $1000 I believe, pro-choice– all that stuff I believe in. I loved how well-spoken Yang was and how open he was to hearing everyone’s views. He was supportive of America, not the whole Democrat versus Republican thing. He’s very intelligent and hasn’t really been in politics all that long. He was a businessman too I believe. It’s kind of like Trump’s base support within the business area, but more sensitive and welcoming to all types of people. “