OPINION: Trump isn’t the only serious threat to American democracy 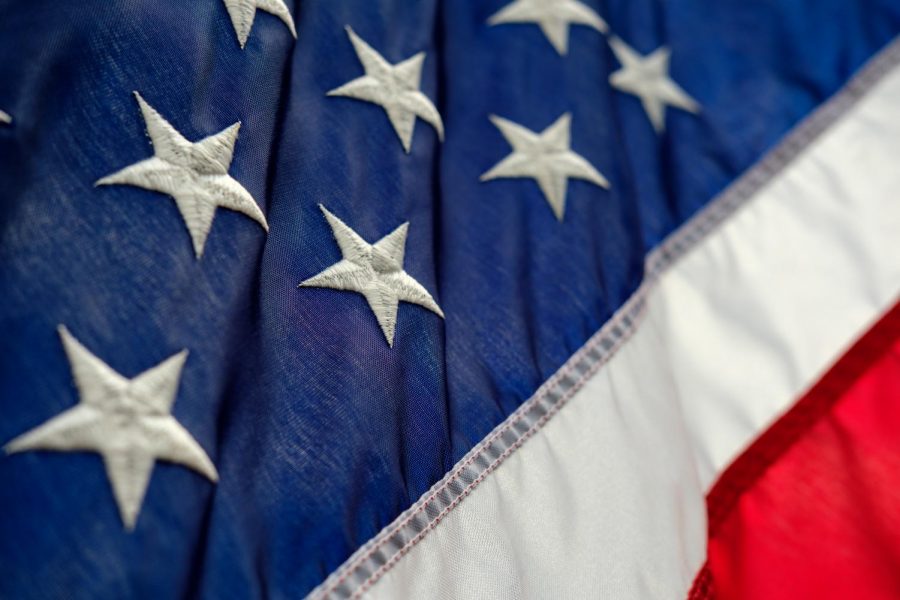 Close-up image of the American flag. Photo by Luke Michael

In October 1780, John Adams famously cautioned the then-infantile US that there is “nothing which I dread so much as a division of the republic into two great parties, each arranged under its leader, and concerting measures in opposition to each other.” Former U.S. President George Washington echoed Adams’ warning in his 1796 farewell address. Concerned by the emergence of the Democratic-Republicans and their opposition to the then-dominant Federalist party, he became concerned that the division would grow a lot worse.

These two Founding Fathers were spot-on. Within half a century of Washington’s caution, the northern and southern halves of the country found themselves deadlocked over whether to abolish slavery, eventually sending the young nation into a bloody civil war that claimed hundreds of thousands of American lives. While slavery was ultimately banned, steep political tensions helped postpone further civil-rights reforms by more than 100 years. Such divide has also exacerbated disasters like the Vietnam War, climate change and even the Spanish Flu pandemic of 1918 that resulted in nearly 700,000 American deaths. All of these events involved gridlock from the two dominating political parties of the time.

The U.S.’ political duopoly remains a significant liability to this day. Americans are living with a federal government that is rarely able to pass meaningful reforms. For context, Congress’ approval rating is a pitiful 17% as of September 2020. The gridlock on Capitol Hill also meant meager financial relief from the ongoing COVID-19 pandemic, and only one stimulus package—the CARES Act way back in March when federal leaders were actually united in the fight against this killer virus—was ever passed.

Unfortunately, this extraordinary mishap from Washington only scratches the surface of its deep sea of coronavirus blunders. Messaging from both local and national leaders, for instance, has been mixed and vague. Democratic and Republican governors as well as the CDC and president continually spar over how dangerous the virus is and how harshly to restrict public life. Disinformation campaigns like InfoWars and Natural News cause some to believe the pandemic is either a hoax or greatly exaggerated, further stoking political division and hampering public health efforts. This is particularly concerning because right-wing leaders, most notably President Trump, have dabbled in these theories and repeat debunked claims about the virus.

The conflicting statements coming out of state and federal leaders show America’s reluctance to fight the outbreak and listen to trusted, reputable institutions like the Centers for Disease Control and World Health Organization. In fact, the U.S. is to withdraw from the latter next year. At home, the lack of specific guidance and advice, especially for small, private gatherings of friends and family as well as how large a “support bubble” should be, is helping drive the latest spike in infections. Americans are told to practice social distancing, but that term is very broad and can have several possible definitions. This leads to significant disagreement over what’s safe and what isn’t, and that disagreement bears a significant correlation to already-existing political divisions.

The U.S.’ two-party system and resultant hyper-partisanship are, besides COVID-19, the greatest threats to the freedom of its citizenry. The country’s high-stakes, all-or-nothing elections force voters to choose between the lesser of two evil candidates rather than several promising ones. Take 2016 as an example. Both Trump and Democratic nominee Hillary Clinton were very unpopular, with the former facing backlash for his nationalist agenda and alleged mistreatment of several women and the latter coming under fire for multiple scandals and lies, including the deletion of 33,000 emails from her private server. Trump won that election, only because he won the Electoral College, not the popular vote. Record numbers of votes were cast for third-party candidates.

Both the Democratic and Republican agendas grew more extreme that year as well. Far-left progressive policies like free healthcare, forgiveness of student loans and the Green New Deal touted by Democrat Bernie Sanders wooed many young Americans, but the reality is that these plans are way too expensive to sustain indefinitely. Taxes would need to be raised to astronomical levels, and the U.S. national debt would only worsen, likely sparking a severe economic depression.

The federal government would also become very powerful and intrude on Americans’ economic livelihoods, which is particularly concerning given its abysmal history of division and its trust rating, which stands at less than 25%. While Sanders was never nominated to run against the GOP, his extreme ideology may play a role in the future of the democratic party.

On the other end of the spectrum, right-wing populism, spearheaded by then-candidate Trump, has essentially taken over the Republican party. When he was elected president, he signed an executive order calling for an unprecedented ban on travel from seven Muslim-majority countries (Iran, Iraq, Libya, Somalia, Syrian, Sudan and Yemen) for a minimum of 90 days. The ban was repeatedly blocked by federal judges for more than a year, but in June 2018, the Supreme Court ruled in favor of it 5-4. The Trump administration has also implemented draconian immigration policies, including surprise Immigration and Customs Enforcement raids, the building of a wall along the U.S.-Mexico border, and the separation of migrant families at the same border.

That policy was officially in effect from April 2018 until it was struck down in June of that year, but it had actually gone on for much longer. Almost 4,400 children were taken from their parents under the policy, as of October 2020 545 of them have yet to be reunited. There is no excuse for this hateful action from anyone, let alone the president of the United States. And don’t conservatives support small government and free markets rather than these horrible infringements of civil liberties?

Yes, they do, but when they head to the polls Tuesday, they are stuck between voting in favor of Trump’s borderline extremist agenda or voting democrat. And as for third parties? Those candidates are never able to make any progress, because Democrats and Republicans hold a duopoly over American politics. For voters on both sides of the spectrum, the choice is all-or-nothing. Not fair democracy at all. And don’t even get me started on the president’s grossly misinformed attempts to reduce mail-in voting!

The best way for the U.S. to rid itself of this serious liability is to expand the influence of minority parties through a practice known as proportional representation. In this electoral system, any given party’s power (percentage of seats won) is directly determined by the percentage of popular votes. So, in a country with a 200-seat Congress where 30% vote for party A, 40% vote for party B, and 60% vote for party C, party A occupies 60 seats, party B occupies 80 seats, and party C occupies 120 seats.

This method is favored by some of the most developed nations. As Vox writes, it has been proven to reduce partisanship and foster cooperation within governments and drive up voter turnout. The latter is tracked by the Organization for Economic Co-operation and Development, and unfortunately the U.S. scores very poorly on its ranking. While the nation’s extremely divided two-party system shows no signs of going anywhere in the foreseeable future, you can still vote. If you voted already, good. If not, and you’re eligible, do it. Even if you don’t like any of the candidates, vote for the one you don’t hate as much. It’s sad to have to say this, but it’s still way better than not voting at all.