The best comedy specials to watch on Netflix 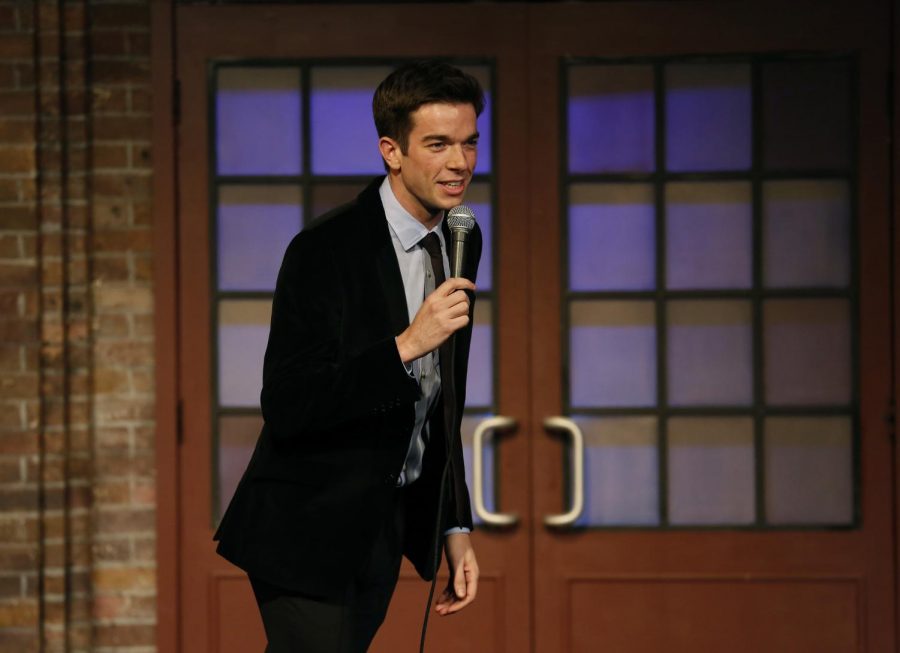 During my freshman year of college, I got sucked into the black hole of watching nearly every single comedy special on Netflix. There’s something about a good comedy special that eases those gloomy feelings of loneliness and depression (too deep and personal? Wait until you watch these comedy specials). I think I have earned the title of “Netflix Comedy Special Aficionado” and I feel the world deserves to benefit from this knowledge. After all, shouldn’t something other than my much-improved sense of humor and ability to reference any comedy sketch come from all of those hours of binging comedy specials? I think so. Here are some of the best comedy specials on Netflix that deserve a watch.

The classics
John Mulaney “Kid Gorgeous” (and every other special he has) – No surprise, John Mulaney was the beginning of my comedy special spiral. This special made me fall in love with comedy. If you’re a newcomer to comedy, check this one out. His quirky, witty comedy is always a crowd-pleaser.

Dave Chappelle “Chappelle” – Dave Chappelle has been around for a long time and loved for good reason. His comedy specials will have you shocked and laughing at the same time.

Kevin Hart “Irresponsible” – Who doesn’t know and love Kevin Hart? He is arguably one of the most famous comedians of all time. The crowds he draws are insane and I would pay arguably too much money to be a part of them. If you haven’t seen this, watch it!

If you’re in the mood for some clean humor…
Trevor Noah “Son of Patricia” – You may know Trevor Noah as the lovable host of “The Daily Show.” His Netflix specials are a continuation of this lovableness. His routines about a snake-charming show gone wrong and not understanding American lingo had me gasping for air from laughter.

Nate Bargatze “The Tennessee Kid” – This comedian from Tennessee may be a little bit of an underdog in the world of comedy but give this special a chance. Spoiler: There’s a hilarious skit about the Serpentarium right here in Wilmington that I’ve shown to everyone I know who lives here.

If you’re in the mood for girl power…
Taylor Tomlinson “Quarter-Life Crisis” – Ah, the ups and downs of being a woman in her 20s trying to navigate relationships and family and a career. Tomlinson makes it easy to laugh at her and your messy life.

Katherine Ryan “Glitter Room” – Netflix categorizes this special as “cynical” “provocative” and “witty” and this special lives up to those adjectives. Ryan is a must-watch.

Iliza Shlesinger “Elder Millennial” – Iliza was another one of the first comics I watched, and I loved her relatable stories about being a woman. She was the winner of “Last Comic Standing” and definitely worth watching.

Social commentary/dark comedy
Daniel Sloss “Live Shows” – This two-episode special somehow really makes you think about your beliefs and relationships and life. Oh yeah, it starts out funny and light but towards the end of both specials, Sloss dives into deep topics like death and failing relationships. This is one of my favorites. You’ll be glad you gave it a watch.

Hannah Gadsby “Nanette” – This Australian comic is inspiring and an amazing storyteller. The special “Nanette” even won an Emmy for Outstanding Writing. This special is emotional, surprising and bold.

Our favorite politically incorrect comics
Bill Burr, “Paper Tiger” – I always overlooked Bill Burr’s comedy specials, but when “Paper Tiger” came out, I decided to give it a watch. It immediately became one of my favorite specials on Netflix and I continued to watch the rest of his specials. His hot-headedness and internal anger make for hilarious comedy.

Tom Segura “Disgraceful” (all of them really) – Last but not least, Tom Segura. If you like raunchy, way too honest comedy, Tom Segura is for you. Give it a watch and you’ll see what I mean.