OPINION: Scientists are undervalued and overlooked 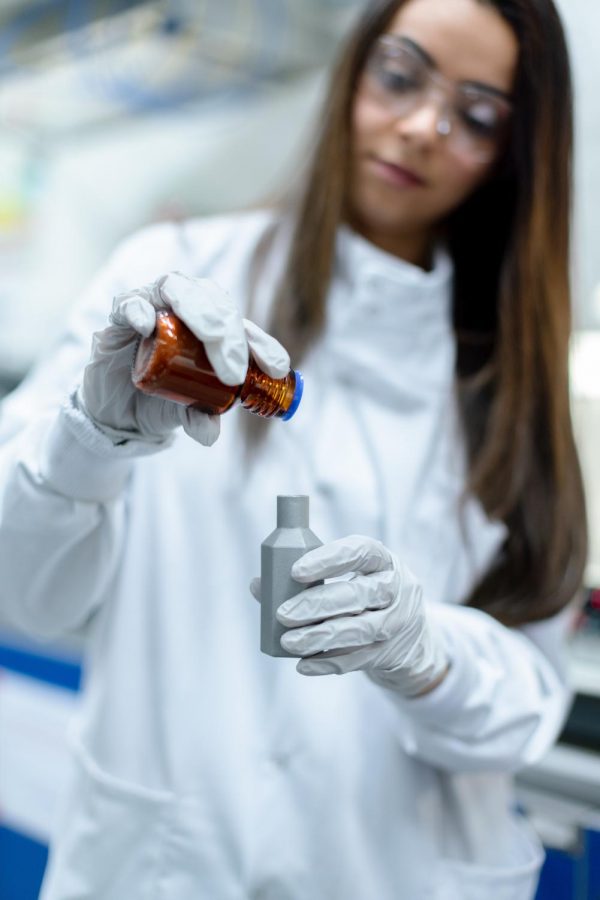 Scientists have become more visible to the public eye due to ongoing crises such as COVID-19 and climate change. Despite their expertise, the field is overlooked by the public and often ignored. Scientists dedicate their entire lives to their chosen field of study, enduring many years of difficult coursework, extensive research, and training. It is easy to forget the impact that science has on our daily routines, and the pandemic has helped re-emphasize the dangers we would face in a world lacking science.

Despite the amount of intense work that goes into becoming a career scientist, the public is quick to dismiss their work and to instead idolize actors, models, professional athletes and other celebrities that are more apparent to the public eye. This has also been demonstrated with children, as a recent poll was taken to gauge their career aspirations. Out of the five choices of astronaut, musician, professional athlete, teacher and YouTuber/vlogger, the top choice was ultimately a vlogger. With the rise of social media, fewer kids have expressed an interest in pursuing a career in science and instead opt for the so-called “glitz and glamour” of being a famous Youtube star.

It is not necessarily the actual career that causes the public to adore celebrities, it is their lifestyles. The public is obsessed with the appearance of their glamorous standards of living and often enjoy getting to peek into their lives. A Huffington Post article attributes this obsession to the rise of availability in media outlets that report on celebrities. The coverage of celebrities intends to be more intriguing to the average American than a documentary on a scientist’s recent findings. We are more likely to hear a coworker discussing how they indulged in a Keeping Up With the Kardashian’s marathon over the weekend rather than a Planet Earth marathon.

It is not often that we really consider how fundamental scientists are to our current lives. Without science, our life expectancy would be significantly lower, our food would not be safe for consumption, and every minor illness could be life-threatening and devastating. Science shapes our everyday lives, yet there is still debate surrounding the current major issues of COVID-19 and climate change. Science is a relatively complicated and diverse field of study, so confusion across the population is understandable.

The part of science that is most misunderstood is that it is continual. Scientists are always searching for answers, and sometimes the initial question tends to change based on their findings. At the beginning of the COVID-19 crisis, Dr. Anthony Fauci stated that masks were not needed prior to learning about the asymptomatic spread of the virus. Later on, he switched his tune based on what the data was showing about the spread of the virus. Despite his correction, masks are still a largely debated topic in the United States due to the misinformation and lack of trust in science.

Climate change has also been heavily debated, especially over the last few years. Some choose to believe that science is simply “getting in the way” of them living their lives, and that scientists are somehow using crises to distract away from more pressing issues. There is overwhelming evidence that human activity is heating up the planet and shifting weather patterns, but some refuse to believe that climate change is an active threat.

Scientists are sometimes portrayed as the enemy of the public. The rise of social media amplified the spread of misinformation, sowing mistrust in our scientific institutions. Popular conspiracy theories such as “vaccines cause autism” or “the moon landing was staged” have gained larger audiences as social media usage has grown in popularity. It is almost too easy to be swept up in the simple-mindedness of a conspiracy theory and to disregard the amount of science that is actually involved. We tend to look for easy explanations surrounding complicated problems. Whichever explanations make the most sense to us is usually what we end up believing.

The growth of mistrust in science is actively lowering the credibility of scientists. The public does not seem to have the same amount of mistrust with celebrities, despite the fact that many do some questionable things. Scientists are not looked at in awe and instead face skepticism for trying to inform and educate the public. There is not nearly the same level of respect, and that is largely attributed to the lack of interest and growing public mistrust.

It is worrying to see such apathy towards the work of scientists. The continual dismissal of science will harm everyone involved, and will hinder our ability to further develop society. The infatuation with celebrity culture is an unnecessary distraction, and pulls us away from paying attention to crucial developments in the scientific field. The Human Genome Project was an incredible scientific feat, yet nobody knows the name of the person who began the project. In contrast, if someone asked for a brief explanation of who the Kardashians were, most Americans would be able to give one. Disappointingly, there is simply not enough fascination with intellectual culture as there is with material culture.