OPINION: We must prepare for the next pandemic now 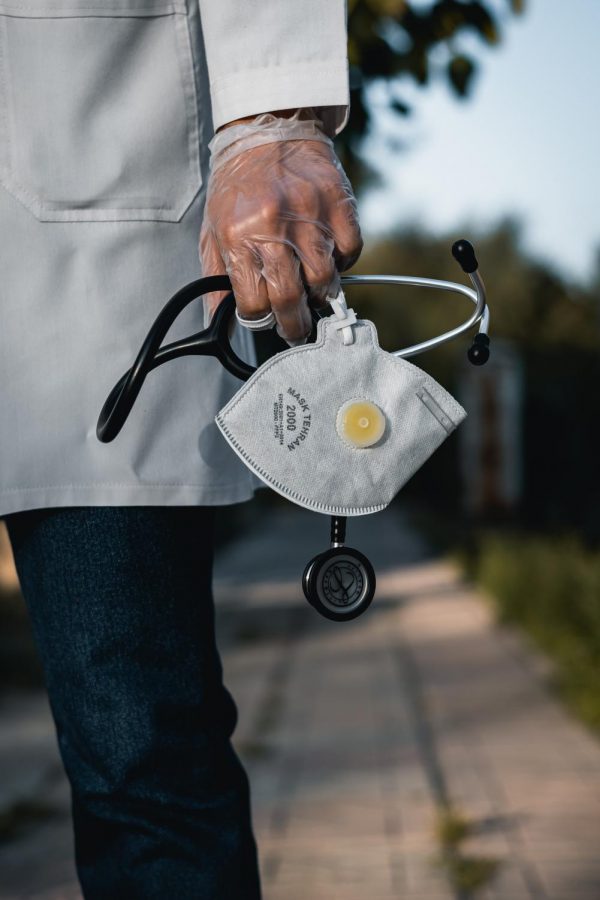 Doctor holding mask and stethoscope during the COVID-19 pandemic. Photo by Ashkan Forouzani

The U.S. is facing its worst health crisis in more than 100 years. The COVID-19 pandemic has inflicted unprecedented economic and social disruption this year with no end in sight. Eight million Americans have fallen ill with the virus, and 220,000 of them did not make it. This means the US has the highest numbers of any nation. And yet cases are still soaring; in fact, they are on track to hit a third peak. Scientists are warning that this peak may be the largest of them all, especially as winter weather will force huge swaths of the country indoors and several holidays loom.

Meanwhile, the pandemic is heavily politicized, and many question its legitimacy. We have a divided federal government that has only been able to pass one relief bill. It is commanded by a president who has repeatedly downplayed the dangers of COVID-19 by holding large, crowded rallies, shunning social distancing and masks. Widespread misinformation and fake news, including baseless conspiracy theories, have only exacerbated the US’ polarized response.

Perhaps the most egregious errors occurred long before that “mysterious pneumonia” emerged from a wet market in Wuhan, China, late last year. President Donald Trump has denounced the threat of a new, contagious and deadly disease wreaking havoc in the U.S. since he assumed office in Jan. 2017. Not only did he ignore preparedness guidance from the Obama administration, but he also eliminated pandemic-response teams from the Department of Homeland Security and the National Security Council.

Just three months before the first cases, writes The Guardian, Trump chose to nix Predict, a pandemic-prevention program founded in 2009 that surveilled more than 160 various coronaviruses, including one that was almost identical to SARS-CoV-2, the virus that causes COVID-19. Even before that, this specific type of virus has caused great concern within the epidemiological community. In 2007, a few years after the SARS outbreak sickened more than 8,000 people, 774 of them fatally, scientists referred to this virus family as a “time bomb.”

When COVID-19 began spreading in China and then to the rest of the world, the US faced a shortage of laboratory equipment. In February, the World Health Organization shipped coronavirus tests to more than 60 countries, but the Trump administration, that was busy bragging about his decision to ban travel from China, declined. Instead, the US opted to produce its own tests, but the program was too slow to catch the outbreak early.

The massive testing failure was probably the worst blunder of them all. The incubation period for the virus is normally five days but can last up to 14. While patients are not contagious the entire time, they are for at least two or three days before symptom onset, according to a study released in mid-April. Believe it or not, COVID-19 may be most contagious during this time, just before symptoms start.

Other research backs up this hypothesis. A University of Texas study found that coronavirus was likely spreading in Washington State as early as Christmas 2019, even though the first case was not confirmed until Jan. 21. Furthermore, by the time the state began locking down in March, infections likely totaled above 9,000 rather than the official tally of 150. In fact, one out of every three suspected flu cases analyzed was found to be COVID-19. The ability of this virus to sneak through the population virtually undetected helped it eventually become a pandemic.

This massive testing failure, combined with all the others, showed just how unprepared the U.S. was for a large-scale infectious disease outbreak. The coronavirus should be a wake-up call for the country to increase healthcare spending and reactivate its pandemic early-detection programs. The good news here is that COVID-19 is not the worst plague in history nor will it spell the end of the world. The bad news is that not only is its impact still being realized, with no end in sight, the next pandemic could be even deadlier, with a greater mortality rate and final death toll.

Among the most likely pathogens to cause a pandemic are novel strains of influenza. This family of viruses has a long, ugly history of driving global outbreaks, including the pandemic in 1918 that infected roughly a third of the world’s population and claimed up to 50 million lives. The mortality rate reached around 10 percent, especially during the deadly second wave in the fall of that year.

Influenza viruses carry such a high pandemic risk due to their ability to quickly mutate. Their genetic material can change through both antigenic drifts, or accumulations of random changes in the virus’ hemagglutinin (H) and neuraminidase (N) genes. Antigenic drift is responsible for seasonal flu epidemics and explains why the flu vaccine is so difficult to make. But more concerning is antigenic shift, when two existing influenza subtypes infect a particular organism simultaneously. The H’s and N’s change, and a brand-new virus is born, along with the potential for a pandemic. Pigs are the most likely setting for this form of mutation because they can be infected by not only swine influenza strains, but also human and avian strains. Thankfully, antigenic shift is very rare, and flu pandemics occur only four or five times per century.

But that also means COVID-19 will not be the last pandemic in a young person’s lifetime. While the current outbreak is very severe and has necessitated a much greater than normal response compared to most flu pandemics, it is not the most severe. Multiple subtypes of bird flu, for instance, have raised alarm bells for decades due to their extremely high fatality rates. H5N1 and H7N9 have killed 60 percent and 30 percent of people respectively despite causing a combined total of only a couple thousand human infections.

If any of these viruses are able to obtain favorable genetic code from another influenza strain, then a truly apocalyptic pandemic could occur, resulting in disruptions to the supply chain, total economic collapse and astronomical death tolls. Such an outbreak would make COVID-19 look like child’s play. If scientists are unable to quickly create a vaccine, a full recovery may not be possible, and the fate of the entire human species could even be up in the air.

This scenario is obviously the absolute worst case and not very probable. The next pandemic would most likely be a lot more benign than that. But it could still cause above-normal incidences of respiratory illnesses and deaths, and the U.S. must learn from this pandemic to prepare for the next. When preparing for a potential disaster or emergency, especially one that involves uncertainty like a novel disease outbreak, it is good practice to prepare for the worst-case scenario.

On the government level, efforts include expanding stockpiles of critical supplies like masks, ventilators and antivirals. It is also necessary to create more programs to detect and respond to emerging pathogens early on and build more hospitals. Control of the healthcare system should also shift from corporations to the government, and costs should be either free or based on a sliding scale. Libertarian interests like small government and free markets should be set aside to protect the more critical rights such as freedom of healthcare and freedom to be protected from public-health threats.

On the personal level, efforts include expanding your own stockpile of critical supplies like food, water and medication. While the supply chain has not faced significant disruption from the coronavirus, a more lethal pathogen can jeopardize its integrity. After the current pandemic passes and demand for them returns to normal, it would be wise to stock up on face masks. But do not try this now, obviously. And it is also important to note that these stockpiles are only needed for the worst of outbreaks, like bird flu. Even if supply chains are disrupted, they would only be for a short time, like during a nasty wave similar to the fall of 1918 during the Spanish flu. Society would eventually adapt and settle into a “new normal,” where precautions are still necessary, but all essential operations are running, and a survivalist mindset is no longer needed. If you can make it through the tumultuous first month or two, dealing with the rest of the pandemic will be pretty much a waiting game!