REVIEW: ‘Antebellum’ is a means for Hollywood to profit off racial commentary 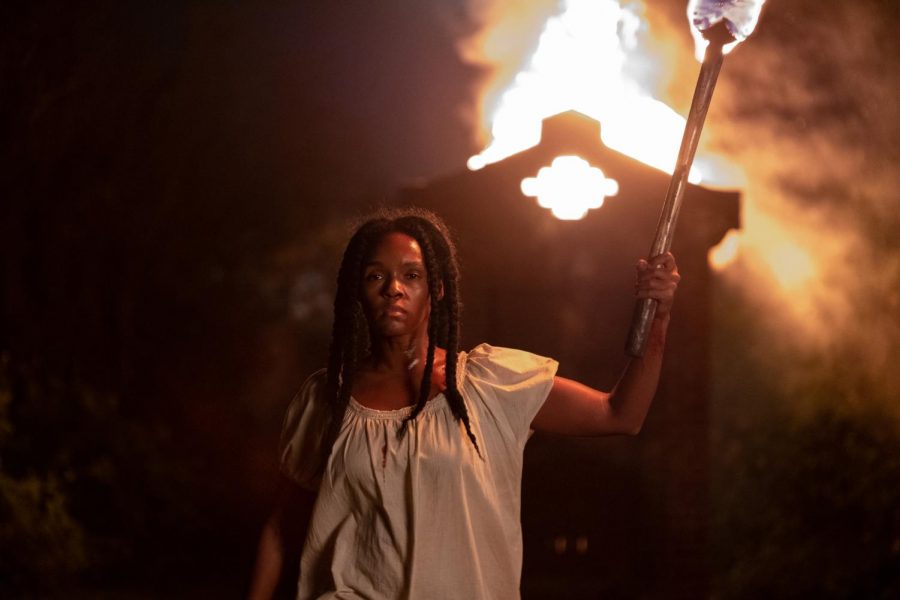 While a brave handful of films are releasing in theaters as a means of kickstarting traditional theatrical exhibition, Lionsgate has chosen to release their oft-delayed horror film “Antebellum” straight to Video-on-Demand platforms. The film has generated buzz for its approach to portraying the horrors of America’s participation in slavery during the 17oos to the 1900s. Despite its perceived financial success on VOD services, “Antebellum” has gone on to receive mixed reviews from critics—and for good reason. “Antebellum” has good intentions, boldly proclaiming the fact that racism still exists in today’s America, but the film ultimately suffers from languid pacing, clunky writing and poor direction.

“Antebellum” follows a slave named Eden who, as indicated from the film’s trailers, is actually a modern-day sociologist named Veronica who has been kidnapped and brought to the plantation against her will. As it is with most mind-bending, Shyamalan-esque horror/thrillers, all is not what it seems.

Like all films, “Antebellum” possesses a handful of positive aspects. The cinematography is rich and stocked with visual poetics—the sunsets are presented in a gorgeous purple hue, and the plantation setting rests in a disturbing sky-blue vibrancy. The color correction does what it can to maintain a sense of period accuracy, and the actors give dedicated performances with the material they’re given. The film is at least successful in making its point—the parallel between the modern day scenes and slavery-era scenes convey the idea that racism still exists in America, and that it is perhaps the same racism Americans faced in the 1800s.

In spite of the film’s production values, it still manages to be far from technically sound. The film makes the decision to show 20 slow minutes of the film’s slavery-era portion before it cuts to the present-day—which grinds any sense of momentum the film might’ve had to a halt. Many of the characters have monologues, and dialogue in general, that go on for too long. The direction by Gerard Bush and Christopher Benz comes across as stale and self-serious. These are common problems throughout the film’s runtime, and they serve to make the film less interesting than it could have been.

It’s fairly evident that the film is trying to follow in the footsteps of Jordan Peele’s financially successful horror/thrillers “Get Out” and “Us.” In fact, two of the film’s executive producers were producers on “Get Out.” It’s not a stretch of the imagination to suggest that “Antebellum” is a kneejerk reaction to those previous successes. And it’s not necessarily a bad thing that more thrillers with black-majority casts and frank racial themes are getting made, but it might be the case that it takes a specific mindset to be able to make that kind of film in an authentic way. “Antebellum” release after Jordan Peele’s films suggests it might have been made on the promise of a financial success rather than on the promise of a film people will remember for years to come.

In short, “Antebellum” is an ambitiously conceived film that, due to its technical shortcomings, fails to step out of the Peelian shadow cast by “Get Out” and “Us.” Its budget was a measly $15M, so it’s sure to make its money back—but after that, it’s likely that it swiftly comes and goes from the public’s consciousness.