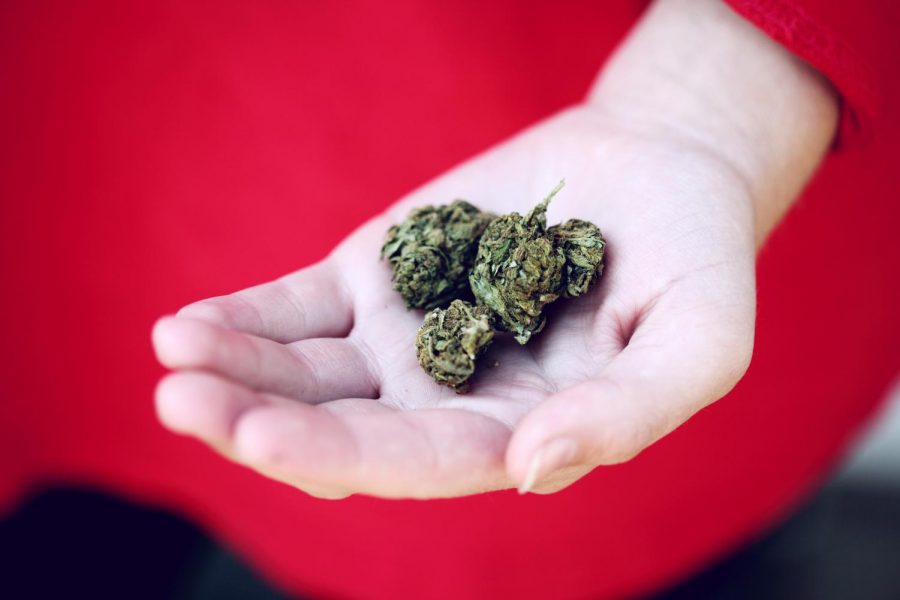 On March 4, 2020, 20-year-old African-American man Fitzroy Gayle and another man were hanging out at a park in New York City. They were smoking a joint, but their behavior was not threatening, provocative, or otherwise illegal. In fact, Gayle was walking home from work and stopped to meet his friend. The two were just trying to unwind after a long day.

But then, a police officer wearing civilian clothes approached and quizzed the pair. Fearing the potential for undue use of force given their race, the pair bolted from the scene. Their hurrah at freedom was short-lived, though: multiple cops swarmed Gayle and brutally arrested him, even as he cried for help and other members of the public rallied on his behalf. His charges included not only cannabis possession but also resisting arrest and obstruction of governmental administration. The next month, Gayle announced plans to sue the city for $50 million.

Unfortunately, Gayle was relatively lucky. Just eight-and-a-half days later, in the early hours of March 13, three Louisville Metro Police officers served a “no-knock” warrant on an apartment for illicit drugs. These officers were also wearing plainclothes. Breonna Taylor and her boyfriend Kenneth Walker, who lived in the apartment, were both asleep when the police forced entry. A neighbor reported hearing them shouting “police,” but Taylor and Walker were likely unable to hear.

Walker believed the men to be intruders and fired at them, striking one. In return, the officers discharged 10 rounds into the apartment, killing Taylor. Walker was not injured. He was initially charged with attempted murder, but the charge was dropped after prosecutors reviewed the 911 call he made right after the shooting. Only one of the officers was charged, but not for the death of Taylor.

These two incidents, along with many others, underscore the War on Drugs’ failed and racist legacy. Cannabis arrests were 3.7 times as common among African-Americans compared to whites in 2010 despite both races using the substance fairly equally. Furthermore, most of these are for possession only; out of 663,367 people nabbed for cannabis violations in the US in 2018, 608,775 of them were only charged for possession. That’s roughly 92 percent. In addition to significantly increasing the prison population, the criminalization of weed also inflicts economic wounds: from 2001 to 2010, US police spent an annual total of $3.6 billion on possession arrests and more than $70,000 per felony conviction. Possession defendants, meanwhile, are set back more than $10,000 in total costs, although that amount varies greatly and is often much higher.

Legalizing recreational cannabis, with no limitations on quantities, is really the only way to end possession laws. Other laws, like those controlling extremely lethal drugs like heroin and fentanyl, must be remain in place to ensure the health and safety of the American people. However, the highly restrictive marijuana laws must be eliminated. This change would cut total drug arrests in half and free many people from the justice system, allowing for economic development of at-risk communities. The legalization of cannabis would help alleviate these problems, which ultimately reduces poverty and crime.

There are many economic benefits of cannabis legalization outside the justice system as well. The drug is easily taxable, allowing greater funding for public services. A report from 2019 estimates that if the federal prohibition on weed was lifted that year, the US would earn more than $100 billion in extra tax revenue by 2025. In Colorado alone, where the drug is already legal both medically and recreationally, sales in 2019 exceeded $1.7 billion and taxes totaled north of $300 million. Creating legal cannabis markets also competes with illegal cannabis markets as well as those of other and more harmful drugs, such as opioids.

Today, as the US struggles with the worst financial crisis in nearly a century amid the COVID-19 pandemic, the economic incentives for legalization are stronger than ever. Legalization would create jobs for a portion of the nearly 20 million Americans without one. Small businesses, which have been hit particularly hard, could also see significant rebounds; after all, cannabis isn’t grown on corporate megafarms.

Additionally, lifting the prohibition on cannabis during the pandemic would not be without precedent: the Great Depression prompted another prohibition, the one on alcohol, to be lifted. In 1934 alone, the federal government made more than $1.3 billion from liquor taxes. For perspective, their total income tax revenue that year was a measly $420 million. Lifting the ban on alcohol helped reactivate a battered American economy and mitigate the depression’s impact.

In addition to easing the financial pain, cannabis would likely ease the mental pain. While mental health problems, including suicide, spike during economic downturns, the pandemic is different in that we also need to stay apart and isolate from each other. Cannabis has some potential to ease stress and depression, mitigate the symptoms of disorders like schizophrenia and PTSD, and even slow down aging of the brain.

However, it is also worth noting that scientific evidence supporting these benefits is scant and based on small, low-quality studies. To add insult to injury, states where it is legal have witnessed increases in cannabis-related ER visits. Furthermore, minors and young adults, who are very susceptible to mental issues like depression, have actually faced increased incidences of this and other disorders after using the drug daily for long periods, a 2019 study cited by ABC News concluded.

Still, the impacts of weed on mental health are too early to determine. However, the negative impacts are very likely much less pronounced than alcohol, which is already legal to those 21 and older. A LiveScience report from early 2018 cited a study that found excessive alcohol intake to damage gray matter and white matter, materials that comprise a significant amount of the brain’s infrastructure, while cannabis has not been shown to affect either. These results should be taken with two grains of salt, because cannabis legalization (and research) are still in their infancies, but this early evidence appears promising for supporters of legalization.

Research comparing the two drugs’ effects on the human body overall, not just the brain, is even more promising for cannabis. For one, evidence linking its use to lung cancer has been disproven; even moderate alcohol consumption, on the other hand, has been shown to increase the risk of breast cancer. Alcohol is also more addictive, with 15 percent of users becoming hooked compared to only 9 percent for cannabis. It is still worth reiterating, though, that research on the impacts of cannabis, including long-term effects which may take years or even decades to show up, remains limited. But, based on existing knowledge, cannabis appears to be the winner. In fact, legalizing the drug would allow it to compete with the alcohol industry and reduce its customer base.

If alcohol is totally legal to consume in unlimited quantities for everyone 21 or older, then why shouldn’t cannabis? Especially given the small yet growing scientific evidence that cannabis isn’t as bad? And even if it was worse, why should it be dealt with in the legal system rather than the medical system? Apparently I’m not the only one questioning the federal government’s overreaching prohibition on the drug: two in three Americans today support its legalization. In fact, majorities of people in each generation, with the exception of the World War II-era Silents, want cannabis to be legal rather than illegal. It is about time the government listen and allow use of the drug, both medically and recreationally, in unlimited quantities by everyone old enough to drink.