OPINION: Kamala Harris could only behave one way during the debate 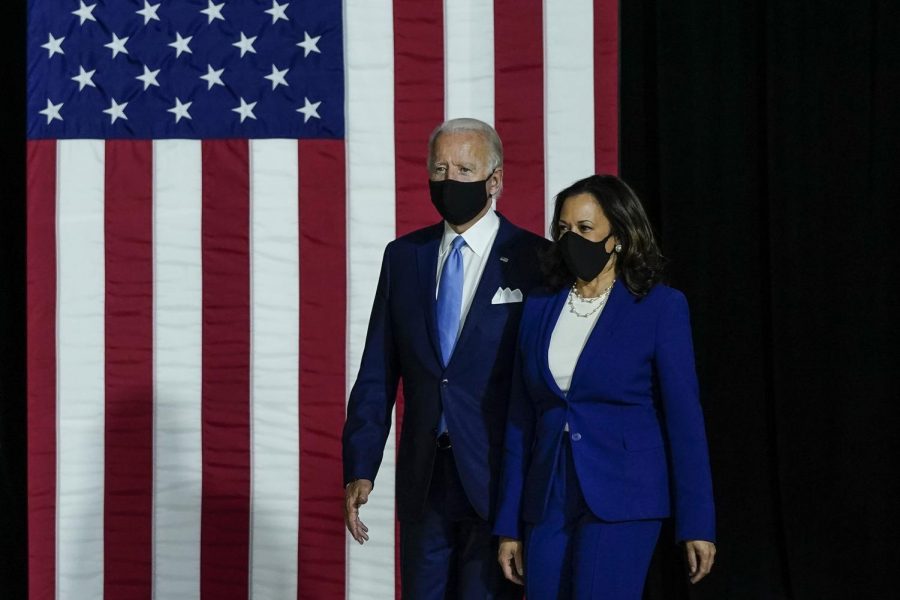 If you were not able to catch the vice-presidential debate last Wednesday, you probably still saw two things trending on Twitter the following morning. One was the superstar fly that landed on Vice President Pence’s head, and the other was a short clip of Senator Harris saying “Mr. Vice President, I’m speaking.”

Compared to the hysterics that we witnessed at the first presidential debate, the vice-presidential debate was much more professional, filled with passive-aggressive statements and non-answered questions. Senator Harris only had one option for behavior that would not sink the Biden campaign’s current poll numbers, and it is solely based on her sex.

When I say the “hysterics” of the first presidential debate I am referring to the constant interrupting, raised voices, elevated emotions and blatant disrespect for each other as well as the moderator. Senator Harris will never have the luxury of behaving like that on national television, no matter how upset she may be. Politics aside, every woman knows that we are playing a different game when it comes to public speaking, especially when a man is our opposition. Women are expected to be sweet and nurturing, but too much will make us appear “weak.” We are expected to be assertive, but too much will make us appear to be “bossy.” It is a tightrope walk that every woman in a leadership position or position of power must do to keep her credibility.

Senator Harris handled herself in a way to purposefully avoid any sort of negative media scrutiny in the days following. She was calm and collected, which led to a 4% rise in her favorability rating. However, some still found ways to criticize her performance during the debate, despite her dodging the “emotional” label that women often get hit with. David Dudenhoefer, a Republican who is running for Michigan’s 13th Congressional District, said that Harris is “unlikeable” with the facial expressions that she displayed during the debate. According to Frank Luntz, a Fox News pollster, voters thought that Harris was “abrasive and condescending” based on her words and her facial expressions. In contrast, Vice President Pence was said to be “too nice.”

The double-standard that women have to deal with on a constant basis is not limited to politics. In the workplace, women leaders are twice as likely to be called “bossy” and have half as much popularity as their male colleagues. If a woman is to be assertive, there is a very fine line between what is acceptable in society versus what is labeled as “nasty:”  the label President Trump gave Hillary Clinton during a presidential debate in 2016. The sexism and double-standard women face was abundantly clear in that debate as well as in Clinton’s entire campaign.

President Trump’s “nasty woman” comment towards Clinton was not the first time that he has insulted a woman in a position of power. He has a habit of insulting women in power and especially women of color, calling Senator Harris “a monster” following the debate. In 2015, Trump spoke of his rival Carly Fiorina saying “Look at that face,” and “Would anyone vote for that?” There are countless other times where Trump has verbally attacked women simply because their beliefs violate his view of the perfect patriarchal society.

Senator Harris is playing an un-winnable game in a man’s world. Despite the fact that she did not incessantly interrupt nor raise her voice, there was still negative commentary focused on her following the debate. In contrast, Vice President Pence often interrupted and talked over the moderator, which is something that Senator Harris could not do without facing backlash about her “attitude.” Certain news outlets would have pushed the narrative that because of her “behavior” during the debate, she is “unfit” and “unqualified” to run for vice president. This phenomenon of insulting women for simply trying to stand our ground is the equivalent of disciplining a child when they are doing something wrong.

This was certainly not the first time that Senator Harris has been reprimanded by a man in power. In 2017, Senator Harris was said to be “hysterical” during the hearings with Attorney General Jeff Sessions. She had other senators constantly interrupt her and accuse her of being “overly partisan” in her questions towards Sessions, despite the fact that the questions were fair to ask. Jason Miller, who was one of Trump’s aides at the time, also stated that she was being “hysterical” during the question and answer portion of the hearing, and when asked why he thought so he stated that it was “just his opinion.”

Women are often subjected to insults about their emotions by men because it is an easy way to quickly discredit them. It is an uphill battle for a woman in power to keep her credibility because there is always someone on the other side waiting to pull the “emotional” card. However, if a woman shows absolutely no emotion she is called “cold” and “stoic” while a man is seen as “powerful.” It is a sad double-standard that we all continue to play into, despite the record number of women who ran for Congress in 2018. It is easy to look at those numbers and call ourselves a “progressive” society, but we will never be truly progressive until we combat the harmful stereotypes that women and other minority groups experience.