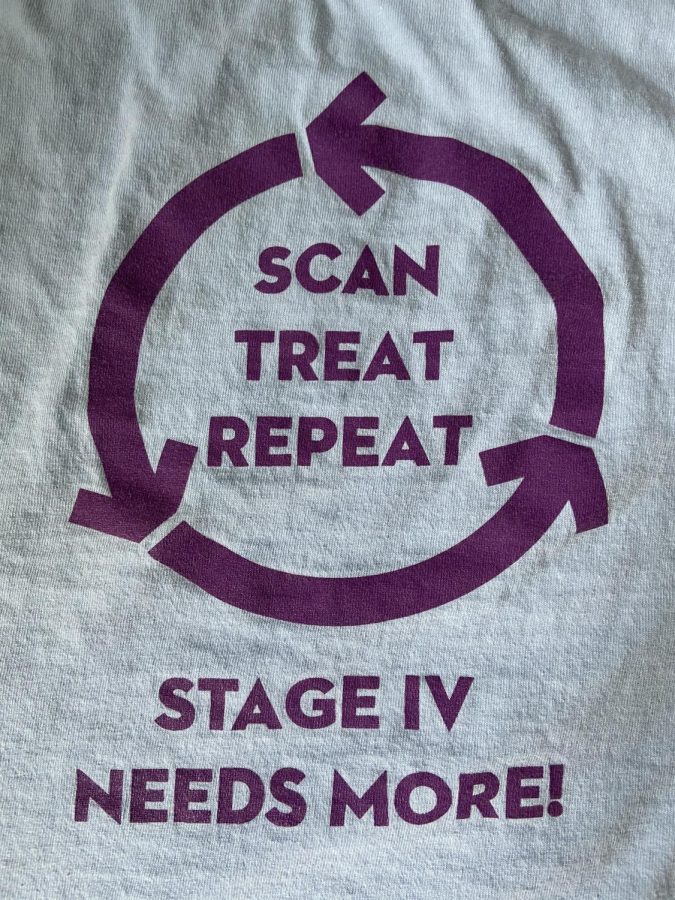 Stage IV or metastatic breast cancer is cancer that has spread beyond the breast.

One in eight women and one in 883 men in the United States will be diagnosed with breast cancer in their lifetime. Of those, 276,480 of women and 2,620 of men’s cases are expected to become invasive in 2020, according to BreastCancer.org.

Metavivor defines invasive breast cancer or metastatic breast cancer/Stage IV (MBC) as “cancer that has spread outside of the breast to your bones, lymph nodes or other organs such as the liver, lung or brain.”

While only six to 10% of patients receive an initial diagnosis of MBC, 30% of people who are originally diagnosed with earlier stages will eventually progress to Stage IV.

Patients who are diagnosed with MBC receive treatment for the rest of their lives as there is currently no cure. The reason for this, according to Metavivor, is that eventually, MBC cells become resistant to treatments and thus more cancer spreads. So, if you know someone who has died from breast cancer, they have actually died from MBC. In fact, according to Metavivor, 115 people die from MBC every day.

Every Oct., more well-known organizations like Susan G. Koman make a push for raising money since this month is breast cancer awareness month.

According to Glamour, the pink ribbon so often associated with breast cancer ribbon was created in 1992 by SELF. However, MBC representation moves beyond just a pink ribbon. Instead, MBC’s ribbon is green, teal and pink.

“Green represents the triumph of spring over winter, life over death; teal symbolizes healing and spirituality; and a thin pink-ribbon overlay signifies metastatic cancer that originated in the breast,” as stated in the article.

There is only one day, Oct. 13, that is dedicated to MBC awareness.

Many MBC patients have criticized Koman and other major companies and organizations like the National Football League (NFL) for pinkwashing Oct. and not putting enough towards research and especially MBC research. However, in 2019, Koman announced that $26 million in raised funds would be going towards research focused on MBC.

“I will be honest, it is very real that the transition to Stage 4 puts a “new” taste in your mouth about Pinktober,” wrote Amy Cantwell, a MBC patient.

According to Metavivor, only about two to five percent of all breast cancer research is dedicated to MBC and finding solutions to extend lives or cure patients.

Because of this, a common phrase amongst MBC patients and their families is #StageIVNeedsMore.

Meanwhile, at organizations like Metavivor, 100% of funds raised go to MBC research.

“Metavivor is great,” wrote Karen Woodward Sherrod, who is fighting MBC. “My whole family went to the Stage IV Stampede in Washington last year. The advocacy work they do is what is needed to bring more attention to MBC.”

Other organizations like the Metastatic Breast Cancer Network (MBCN) focus on advocacy and support for MBC patients.

If you are looking to support more locally, Going Beyond the Pink, originated in Leland, but also operates throughout the Cape Fear. This non-profit organization provides free resources and health education about breast before, during and after a breast cancer diagnosis.

Going Beyond the Pink also helps finically support breast cancer patients by paying for treatments, meeting insurance deductibles, co-pays and the many other costs associated with this diagnosis. They are currently adding resource sections to their website about MBC and male diagnosis.

The patients I spoke to urged as always in Oct. and breast cancer awareness month, to make sure to do your research and donate to organizations that support MBC research, because people do not die from breast cancer, they die from MBC.