OPINION: Coronavirus rocks the vote in the Senate 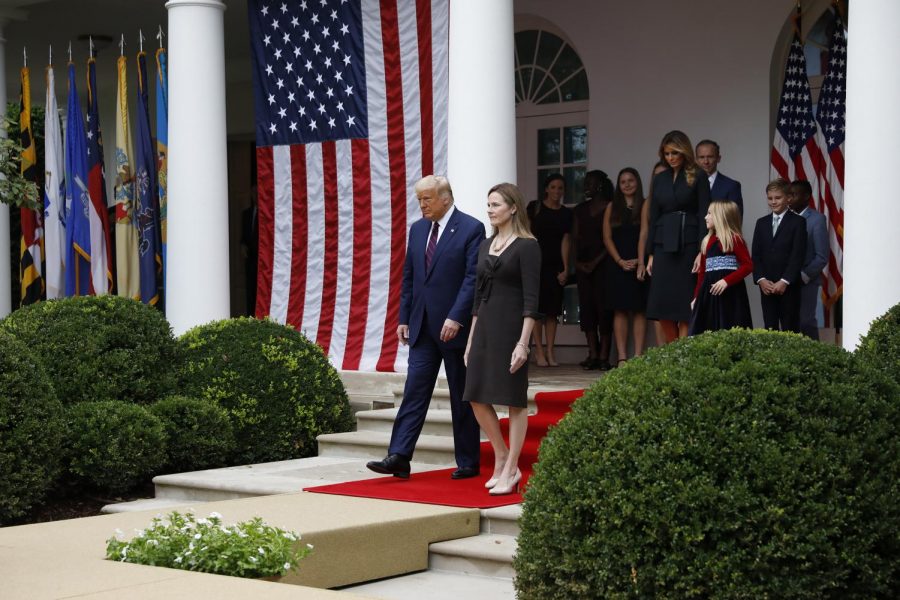 Judge Amy Coney Barrett walks from the Oval Office to be introduced by President Donald Trump as his Supreme Court Associate Justice nominee in the Rose Garden of the White House in Washington, D.C., on Saturday, Sept. 26, 2020. (Yuri Gripas/Abaca Press/TNS)

Of all the ways the confirmation process of Amy Coney Barrett would be potentially stalled in the Senate, Majority Leader Mitch McConnell likely wasn’t expecting a physical incapacitation on the part of his fellow lawmakers. In the span of a few days, three Republican senators, including North Carolina’s Thom Tillis (NC), Ron Johnson (WI), and Mike Lee (UT) all tested positive for COVID-19 and have subsequently stepped away for the time being.

What was supposed to be a controversial but easy coast to confirmation has now evolved into an existential question for McConnell: Is he willing to risk the health and safety of the upper chamber in favor of a lifelong supreme court appointment? At the moment, all signs indicate he certainly is.

After recently revealing that he has avoided the White House for two months because of their lackadaisical handling of the virus thus far, one may believe the Senator is making efforts to avoid a similar situation. However, McConnell has signaled that he fully intends to move forward regardless of the illnesses, and firmly believes that they can operate in an environment where COVID-19 is abound.

With two assumed Republican defectors, Senators Lis Murkowski (AK) and Susan Collins (ME), three more Republican votes out for the count would likely mean the end to any confirmation hearing for the controversial nominee. Knowing fully what’s at stake, and with an increasing lack of faith in the president’s ability to get reelected, McConnell is understandably focusing his efforts on a lifelong appointment rather than what many perceive to be a sinking ship.

Beyond the stark political and health implications this confirmation may have, it also brings to the forefront a shockingly rudimentary form a governing. When the rest of the professional world has been relegated to the likes of virtual conferencing and managed to survive, why is the Senate seemingly so uninterested in modernizing the legislative process? Not only would this alleviate the health concerns of fellow Senators and give McConnell the opportunity to quash a barrier to confirmation, but it would have the potential streamline lawmaking for generations to come.

While there is certainly a rich history and legacy on Capitol Hill, the legislative process and health of the nation are much more important than a building or traditions. Beyond the current safety implications that virtual sessions would entail, it would allow legislators to spend more time at home with the people they were elected to represent. The traveling back and forth between home states and Washington D.C. is a source of tension for some and would allow a more flexible system to take place.

But none of this appears to be a priority for McConnell who likely estimated that any move to a virtual system would take too long to complete, making it unsuitable for his purposes. Above all else, through the president’s recent diagnosis and the newly discovered Senate cases, we can all use the reminder that no matter how powerful you may be, this virus affects all of us either directly or indirectly. So, I can only hope that Mitch McConnell takes the same care in promoting the safety of his fellow Senators as he does with pushing through a last-minute appointment.