OPINION: America is at risk for another civil war 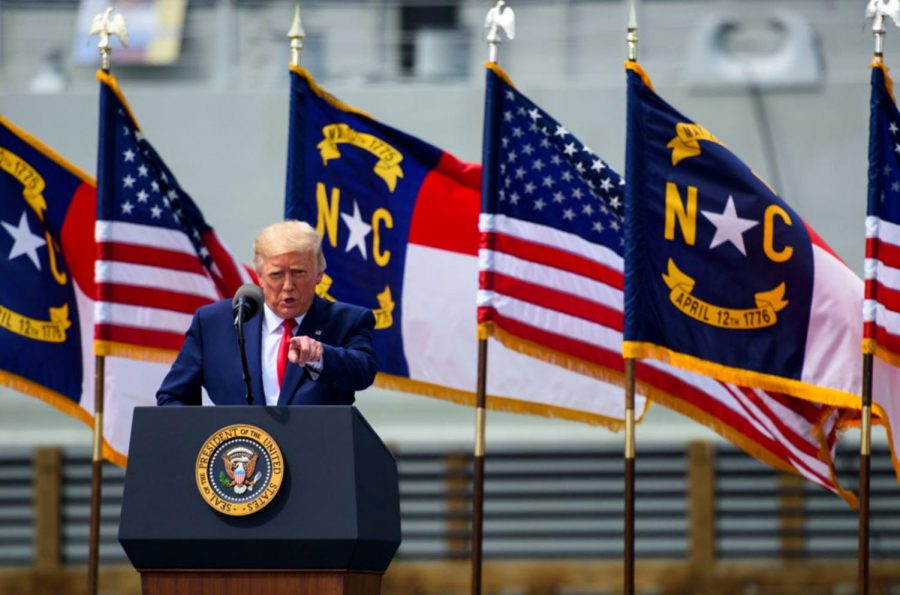 The United States has endured a lot this year. Americans have witnessed natural disasters, police brutality, school shootings, and an ever-increasing partisan divide. While all of these events existed prior to 2020, this year we faced an additional challenge: a global pandemic. With more than 200,000 deaths in the United States alone, COVID-19 has made a permanent mark. The coronavirus pandemic has caused a rise in social unrest and economic disruption, leading to an even more tense nation.

Sadly, even if COVID-19 instantly disappears, America will still be faced with a long list of problems. The increasing frequency of police brutality in particular has caused an uproar in our nation. This summer we witnessed many anti-racism protests. Some remained peaceful, while others incited rioting, arson, and looting in major cities nationwide. The civil unrest surrounding this problem turned deadly in August when right-wing vigilante Kyle Rittenhouse shot and killed two protesters and injured another in Kenosha, Wisconsin. Politically-motivated violence like this is likely to resurface following the election, regardless of which candidate wins.

Unfortunately, the risk of far-right violence only seems to be growing. For example, the fundraising slogan of extremist quasi-Catholic organization Church Militant reads, “Help us prepare for war. Donate today.” Attitudes like this should raise major red flags and security concerns for America. Most recently, and perhaps most alarmingly, the FBI arrested and charged 13 members of a Michigan militia for plotting to kidnap Governor Gretchen Whitmer. While the attack on Governor Witmer was blocked, the threat is evidence of growing political violence.

Secondly, and perhaps even more notably, President Donald Trump has remained silent when asked whether he would peacefully pass down his power should he lose the election. This would lead to even more rioting and possibly military involvement in such an event. In fact, it is possible that our previous and current calamities may ultimately be building into a truly cataclysmic event: an all-out Second Civil War.

To highlight the significance of a war on American soil, let us consider a blog post about Our War. This is a dystopian novel published last year about an impeached president of the United States who refuses to step down. The conflict starts out as mass protests against the president, with plenty of counterdemonstrations by armed far-right militias. While most of the citizenry favors a peaceful transition of power, the president’s base of supporters is extremely passionate and determined to secure his rule.

Eventually, the situation deteriorates into a full-blown civil war, with urban liberals and right-wing rural residents battling, mostly in the suburbs, for control of the cities. Indianapolis becomes a major battleground as militias surround the city and the citizens and police collectively fight back. Neither side is able to make any semblance of progress, while infrastructure collapses and essential resources become scarce. It is unclear how long the crisis lasts in the novel.

While the above scenario is fiction, and hopefully stays that way, the current state of American politics closely resembles the beginning of the novel. The nation is essentially a “bomb” that “doesn’t take much of a fuse to set off.”

If the fuse does get set off, the election will likely be responsible, regardless of the winner. The COVID-19-induced surge in mail-in voting will take longer to count, setting the stage for a lengthy period where the final results are unclear. To add insult to injury, both parties have been changing rules in key battleground states to try and game the system, a trend that is poised to continue past November 3. Lengthy legal battles and, as indicated in Our War, mass protests are inevitable. Inflammatory rhetoric from Trump will only aggravate the situation further.

This post-election mayhem could lead to a deadly surge in rioting and violence. A poll conducted by the Back to Normal Barometer found that 61% of Americans agree that the country is on the brink of a severe, widespread domestic conflict, with 40% of these Americans strongly agreeing. These numbers are extremely concerning, and the U.S. needs to be on high alert. Law enforcement agencies as well as the National Guard need to be prepared to quickly quash outbreaks of violence, while state governors must have the fortitude to request their assistance in such situations.

Peaceful protests are acceptable and encouraged, but violence should never be tolerated. In fact, the main reason the civil rights movement was a such a success is because it kept violence to an absolute minimum. The violent riots this summer, including the ones in Minneapolis following the police killing of George Floyd, have been incited by the right wing. This trend further strengthens the link between far-right groups and violence which emphasizes the need to watch these groups closely. Hopefully the American men and women in uniform will be able to maintain order, keep extremists groups under control, and prevent a second civil war. May America always be the land of the free and the home of the brave.