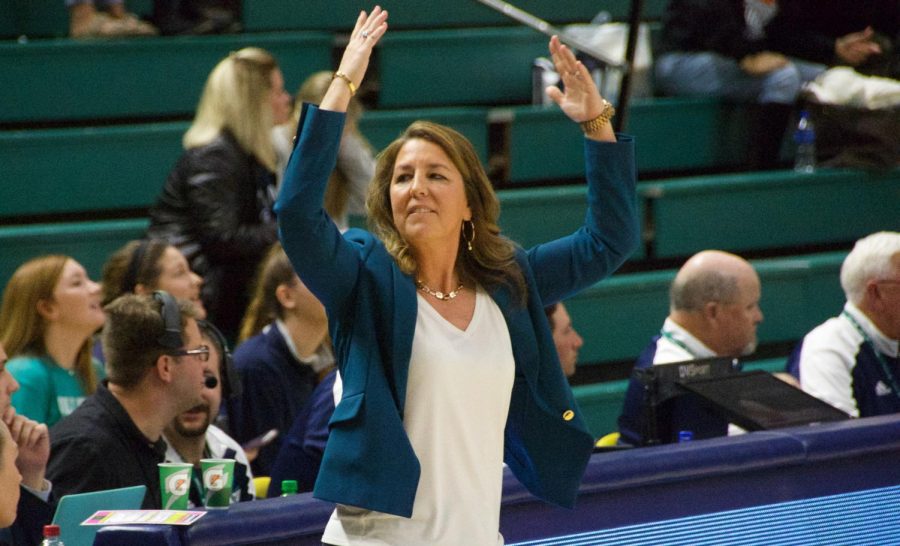 UNCW head coach Karen Barefoot during the Seahawks' contest against Northeastern on Feb. 3, 2019.

WILMINGTON – UNC Wilmington Women’s Head Basketball Coach Karen Barefoot has added two new members to her coaching staff for the upcoming 2020-2021 season. Barefoot announced last week that she would be welcoming Jocelyn Floyd and Matt Lynch to her staff as the Seahawks prepare for the upcoming season.

Floyd played professional basketball with New Basket Oberhausen 91 of the Damen-Basketball-Bundesliga League in Germany after graduating from Duquesne University in 2013. She led the Lady Dukes in all-time steals with 366 while racking up Atlantic 10 Defensive Player of the Year.

Transitioning from the basketball court to the soccer field, Men’s Head Soccer Coach Aidan Heaney also added a new face to his coaching staff for the 2020-2021 season. Alex Langer will join the Heaney and the Seahawks as an assistant coach.

Langer dives straight into coaching after completing his senior season at Lenoir Rhyne as the starting goalkeeper. The German native will look to help the Seahawks bounce back from a disappointing 1-0 loss to James Madison University in the 2019 CAA Men’s Soccer Championship.