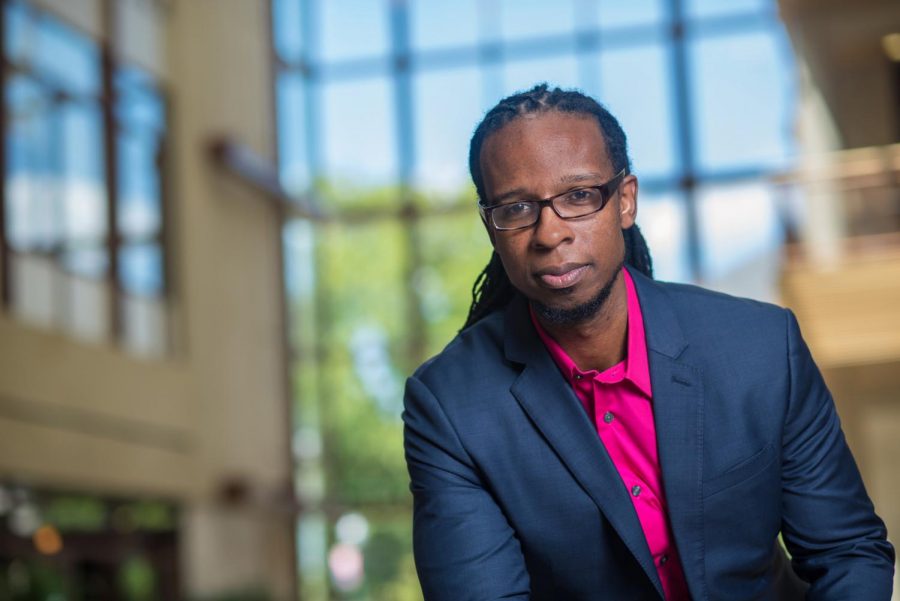 UNC Wilmington kicked off their annual Leadership Lecture series this year with an appearance from Ibram Xolani Kendi, renowned author of the best-seller “How to Be an Antiracist,” “hardcore antiracist and softcore vegan.”

As per COVID-19 restrictions, the lecture took place on Sept. 23 via ZOOM. Coincidentally, that same day Breonna Taylor’s murder case was indicted; only one of the three officers involved were charged.

Before the event began, Dr. Kendi Tweeted a statement about Breonna Taylor’s case.

To be Black in America is to walk in the valley of the shadow of pain and death. The fact that Black people still manage to carry on and create and find joy and love in the valley is nothing short of a miracle.

And right now, our love of #BreonnaTaylor is filling us with rage.

Dr. Kendi emerged as a bold, articulate public figure through his research on African American studies, prolific writing and institutions founded in favor of eliminating racism. At age 34, Dr. Kendi became the youngest recipient for the National Book Award for Nonfiction in 2016, for his book “Stamped from the Beginning: The Definitive History of Racist Ideas in America.”

He rose to a broadened public eye with his book “How to Be an Antiracist” which dominated the New York Times #1 Best Seller in 2020 and circulated on countless antiracist book recommendation lists since the rise of the Black Lives Matter movement.

The lecture was structured as a Q&A moderated by Dr. Doneyell Roseboro, UNCW’s Interim Chief Diversity Officer. She began the night by acknowledging the racism of Wilmington’s past–notably, the Coup of 1898–and the breadth of its consequences.

“As a city, we are still living the aftermath of a Coup  d’État in Wilmington and a massacre of Black folk in 1898,” Dr. Roseboro stated. “As a public university in the southern United States, we have to face this reality. We have to face our own histories moving forward together in hope.”

Dr. Kendi related the injustice of Breonna Taylor’s trial to what happened in Wilmington in 1898.

“For folks in Wilmington in many ways, the same sort of thing happened in which the people who massacred and stole and planned the Coup d’État in 1898 were never brought to justice,” said Dr. Kendi, “which essentially meant that all those Black people killed themselves and I guess gave away their properties.”

The carefully executed Coup of 1898 is certainly a clear example of systemic racism at its worst. There is a swirl of components at play in the perpetual racism that plagues America and the questions posed and answered by Dr. Kendi were designed to unwrap them.

The first question delved into considerations of how climate change affects marginalized communities in particular and asked for antiracist solutions to this injustice.

Dr. Kendi explained how creating a community that accepts the truth and terror of climate change, inevitably leads to reform and policy-making that mitigates the damage. This line of reasoning is permeated in Dr. Kendi’s work. In an article he wrote for “The Guardian,” he posed rhetorical questions aimed at revealing what an antiracist society would look like with proper political reforms.

“What about an antiracist society where instead of standardizing our tests or closing our schools we standardized school resources and open first-class schools for all? Where we honestly share our racial history? Where free, high-quality healthcare is as universal as basic incomes and fresh food?

Where instead of stocking prisons with poor and mentally disabled people of color, we stock those people’s communities with high-paying jobs and mental health services? Where instead of enslaving and traumatizing prisoners, we are healing and restoring them? Where guns are as controlled as police officers fearing for their lives? Where voting is easy and accessible?”

The issue of policy and government action arose again during the night’s conversation with a question about racial health disparities throughout history and in present-day America.

Historically, Black people were the victims of various health studies aimed at proving their inequality. There were claims that Black people had smaller skulls than white people and carried contagious diseases. The “father of modern gynecology,” Dr. James Marion Sims,  conducted his research on enslaved Black women without anesthesia.

Dr. Kendi connected this historic treatment and perception of Black people with the modern-day and rising rates of COVID-19.

“You have Black people dying at nearly two and a half times the rates of white people from COVID-19 and we’ve been doing so for five months straight since we started revealing this data and collecting this data in mid-April.”

The data is available here, funded by the Boston University Center for Antiracist Research, directed by Dr. Kendi himself. The outcry for this disparity has been minimal.