Trump or Biden: Where Do You Stand? 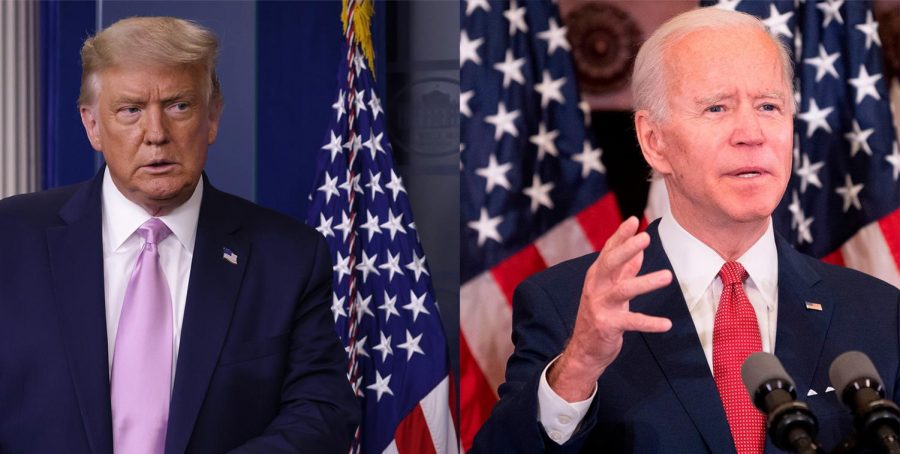 In this photo combination: President Donald Trump, left, speaks during a news conference in the briefing room of the White House; and Democratic presidential candidate, and former Vice President, Joe Biden speaks about the unrest across the country from Philadelphia City Hall. (From left:Alex Wong/Jim Watson AFP/Getty Images/TNS) (Editors note: this is two combined, cropped photos from Getty Images)

Election day is around the corner and political tensions are running high. Regardless of your political participation, elections have consequences. Your vote matters. Your vote is a chance for you to partake in the democratic process. Are you ready to make an informed vote?

Below you will find an introductory guide to the platforms of Donald J. Trump and Joe Biden.
Economy:
Trump:

Read more about how the candidates approach the US economy here.
Criminal Justice System and Racial Relations:
Trump:

Agrees with Trump that China is breaking international trade rules, and plans on working on building a team of allies to push back
Aims at using smaller groups of U.S. special forces to fight terrorism
Focus on building allies and diplomacy efforts

Read more on where the candidates stand with regards to foreign policy here.
Climate Change:
Trump: