REVIEW: ‘Cuties’ is the opposite of cute 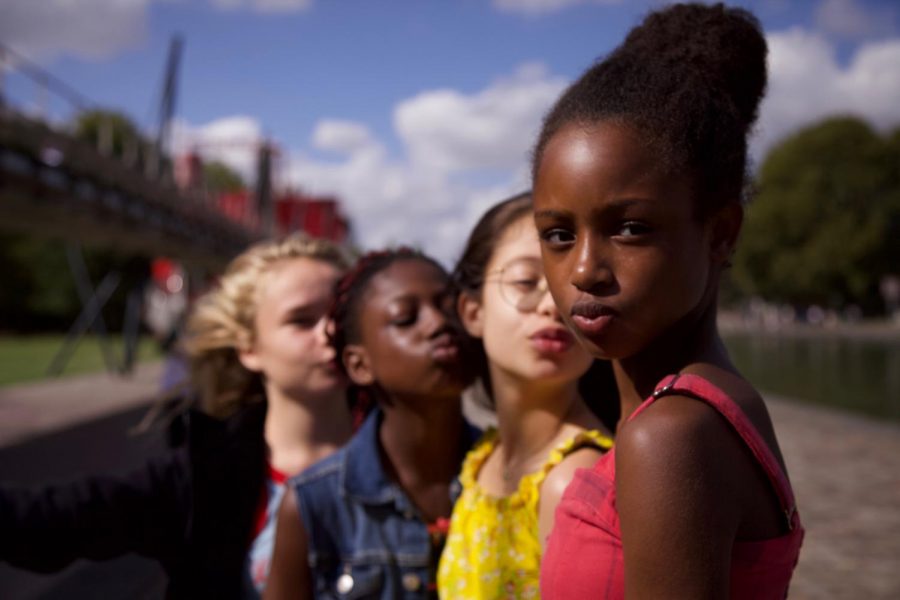 I’ve seen my fair share of bad movies. I would even say I have been through the full nine circles of bad movies: I sat through most of the Twilight films, I had a lot of fun with “The Happening,” I consider “The Room” to be the holy grail of bad-film, I managed to watch “​Cats​” twice and I’ve even enjoyed diving into older garbage like “Plan 9 From Outer Space.” I haven’t been able to stomach most Adam Sandler films, but otherwise, watching bad films is really enjoyable for me. It could be easily argued that watching such rancid garbage makes it easier to appreciate truly great works of art, if not just for some easy laughs.

That being said, the film had an outstanding response during its premiere. Going from a very warm response to such outright controversy seems very strange, so I wasn’t sure before my viewing if the people who were freaking out were overreacting or not.

The controversy of “Cuties” prompted the trend of ​#CancelNetflix​ and some states even began to investigate the film for breaking child exploitation laws​. The poster is a pretty good indicator that something is seriously wrong with the film, ​causing an enormous amount of backlash ​that led Netflix to apologize and change the poster.

“We’re deeply sorry for the inappropriate artwork that we used for ‘Cuties.’ It was not OK, nor was it representative of this French film, which premiered at Sundance. We’ve now updated the pictures and description,” Netflix said in a statement on Netflix’s official Twitter account.

After sitting down with an open mind and watching “Cuties,” I can attest to the fact that whoever wrote that apology is a bad liar. If you cut out all of the skimpy clothing, genital grabbing, dressing/undressing scenes, and shots that are focused on the gyrating crotches of 11-year-old girls, you have a poorly acted, poorly paced, hamfisted mess of a coming-of-age film at absolute best. I was hoping that people might be overreacting to how bad it is, but no, it might actually be worse than most people have been saying.

The film is strange in that it is defended by the makers as a critique of the sexualization of children, but that’s the equivalent of burning down a forest to showcase the damage of forest fires. If your way of protesting is to do the very thing you are complaining about, then you are not achieving something meaningful. The defense seems even lazier when the only repercussion across the entire film for the sexualization of these girls is a few audience members booing when the girls dance; if you cut that scene out of the movie, the entire experience would still be the same. No character ever faces any real repercussion for their actions. The camera operator doesn’t help, as it seems that every other shot is putting the maximum focus on sexualizing the bodies of these girls, and no, that isn’t me looking for it as a viewer. There are countless frames where the only thing on the screen is an 11-year-old girl’s butt. It’s disgusting. I was almost gagging at the scenes of the girls thrusting themselves against the ground and the camera zooming in on their bodies.

Even if the film wasn’t about a bunch of 11-year-old girls, it seems ready to glamourize toxic femininity at its worst. Girls are constantly referred to as sluts, there’s a lot of commenting on a girl having a “flat-ass,” and skimpy clothing is the norm, not the exception.  Of course, the girls aren’t guilty of this; there’s a culture that over sexualizes everything in western culture. Perhaps the film is trying to point to that idea, but it’s so lost in the middle of a swamp of mediocrity and controversy that it is meaningless. In fact, the film becomes more offensive because it seems to be trying to communicate that the girls are at fault here, not society. No one in the movie seems to mind or find the concepts expressed offensive. The girls fight, call each other sluts, objectify each other and then go to perform on stage in front of a huge audience, and then, like nothing ever happened, the film just… ends.

Even more so than critiquing over-sexualization, there is a heavy bit of attention paid to critiquing an overly conservative culture. It’s like “Footloose,” but the problem is that the “bad guys” here are just conservative Muslims who are against 11-year-old girls twerking. There seems to be a message of accusing conservative culture of being stuck in the mud because they aren’t interested in such explicit dancing. Why would they be?

If the Maïmouna Doucouré, the director of “Cuties”, really wanted to comment on the over-sexualization of children, she should not have done so by putting heavy camera-emphasis on genitals and thrusting motions. The glamorization of this is not decreased at all by covering it in music that glorifies sex just as much as the movie does. It isn’t right, not even remotely so.