OPINION: Were the extended lockdowns really worth it? 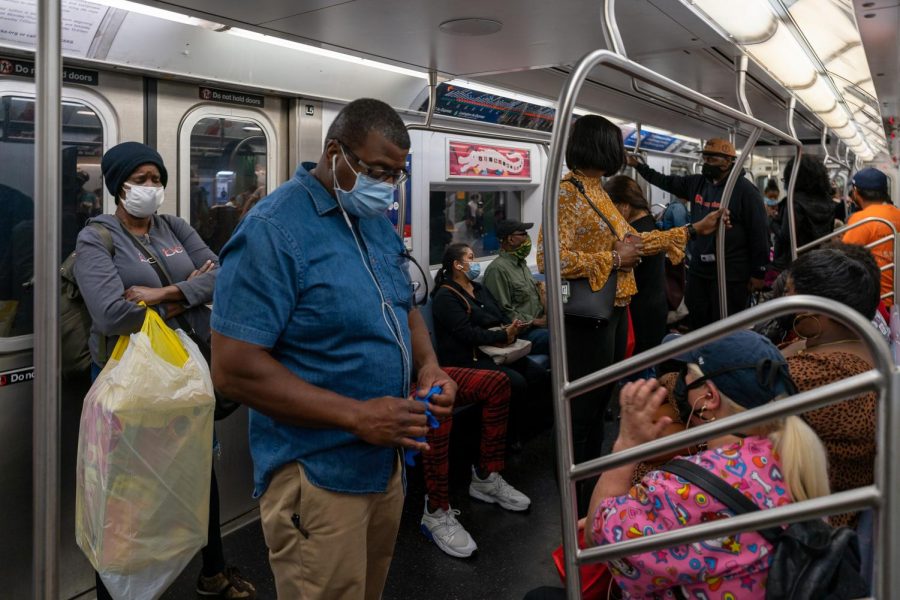 People ride the subway on the first day after reopening following the coronavirus lockdown, on June 8, 2020, in New York. (David Dee Delgado/Getty Images/TNS)

In mid-to-late March, shortly after the coronavirus began spreading in the U.S., pretty much all states imposed stay-at-home orders and closures of nonessential businesses for weeks to months. The only locations allowed to remain open were grocery stores, pharmacies, takeout restaurants, and parks (excluding playgrounds). Authorities also required that people of different households maintain at least six feet of distance at these essential businesses. Gatherings were limited to 10 people, with appropriate spacing, in the more relaxed states. But other states, like New Jersey and New York, banned them entirely.

The American public overwhelmingly supported the draconian new rules, and a poll from May shows that the vast majority feared lifting restrictions prematurely as opposed to reopening too late. Another poll that same month found that 65 percent favored the lockdowns while just 29 percent said no. Moreover, economists have concluded in July that shutting down large swaths of the U.S. economy saved as many as 2.7 million lives.

To further build the case for stay-at-home mandates, researchers lauded the early lockdowns in China, the first country to fall ill to the virus, for preventing nearly 300 million cases—roughly a quarter of China’s entire population—through March 5. The lockdown in Wuhan, the very first epicenter of the outbreak, was particularly effective; while China only had 30,000 confirmed infections on February 19, that number would have been roughly 700,000—more than 23 times higher—if no restrictions were imposed.

But, sadly, China is different from the U.S. The Asian powerhouse’s federal government led the response and shut down anywhere with more than just a handful of cases. On the other hand, America’s piecemeal approach, where the power to lock down was solely in the hands of states’ governors and often heavily influenced by politics, still saved many lives but could have saved way, way more. The delayed response also caused lockdowns to be drawn out for longer periods, the economy to take more damage than expected, and may even slow down the eventual return to pre-COVID life.

These negative effects have led to many other forms of needless pain and suffering. Americans’ mental health has taken a catastrophic hit, especially amid fears of an even deadlier wave of COVID-19 in the fall and winter (in addition to the flu). Rates of depression, suicide, and similar issues are significantly above normal. Prolonged stress and uncertainty in regards to the pandemic’s end game have exacerbated all this.

Large-scale shutdowns have also inflicted massive damage to the economy. Although impacts are being felt globally, the bureaucratic and politically divided nature of the U.S. has significantly worsened that country’s crisis. The House, Senate, and of course President Donald Trump have been in perpetual disagreement over stimulus packages. While they were able to make compromises to pass the CARES Act in late March, which included $1200 stimulus checks and an additional weekly $600 for the unemployed, later negotiations failed. In fact, millions of Americans have yet to receive their check, with millions more still awaiting unemployment benefits.

Additionally, compliance with social distancing restrictions has dropped starting around mid-May, or roughly the same time that states began to phase out their most severe rules. Commonly known as “quarantine fatigue”, this phenomenon has significantly hampered recovery from all the illness, death, and mental and economic pain from the spring.  Just a month or so later, for instance, many U.S. states experienced a resurgence of the virus that continued through the summer. This trend was especially pronounced among Southern and Western states, who shut down later and reopened earlier than other regions. In other words, many Americans, myself included, falsely perceived the end of hard lockdowns as the end of most of the social distancing.

Now let’s look at a nation that skipped all of this lockdown: Sweden. The country encouraged voluntary compliance to fight the pandemic and kept most businesses open. But they still had legal mandates: no gatherings of more than 50 attendees, high schools and universities were shuttered, and nonessential visits to nursing homes were banned. The very liberal nation has skipped more draconian rules like closures of shops, parks, and restaurants to prevent quarantine fatigue and spread out public compliance over the longer term.

Nearly six months later, how are they doing? Oh, actually really good! Despite a massive spike in the spring, which drew local and international criticism, illness and death have been declining ever since. A couple weeks ago their positive cases plunged to 1.2%, the lowest rate recorded since their outbreak started. Their cumulative per-capita death rate is higher than neighboring Norway and Finland but lower than other European countries like France and the UK, both of whom opted for lockdowns but are now experiencing resurgences. The latter country is currently being forced to re-tighten its social gathering limit to six.

All of this evidence calls into question whether the lockdowns in the U.S. were really that effective. The jury is still out on this matter, and much remains unknown at this time. However, the argument for more lenient interventions has become much stronger over the past few months. Some of the lives saved by mass shutdowns will just end up being postponed deaths, and consequently America will continue to lose progress and inch back to square one. The only difference is that the public is worn out and fed up and that convincing them to follow the rules is harder than ever before.

I am not downplaying the importance of following reasonable guidelines. Social distancing and mask-wearing are still critical to fighting this pandemic. Those more moderate tactics will allow society to remain open and not go as stir-crazy. Way back in March, a lockdown was the best option, but it should have been earlier, shorter and federally led. This would have bought a little time for businesses to reconfigure their operations and psychologically jolt the public into pandemic mode.

Then, in early April or so, the U.S. could have switched to Sweden-like measures, especially because the CDC first recommended masks around that time. Sure, the spring peak in infections would have been a little worse, but the economy as well as mental health would have taken lighter hits, and compliance would therefore be able to continue for longer than it actually did. And then a nationwide mask order could have been issued, and people would then actually comply, reducing illness and death over the long term. All in all, the U.S. approach to this pandemic was horrible. Bureaucracy, nationalism, and a divided government and public are underlying factors. However, the lockdowns themselves may end up worsening the long-term situation, especially because of these aforementioned factors and the lack of any real federal action.