Humans of the Dub: Fear and Financial Instability 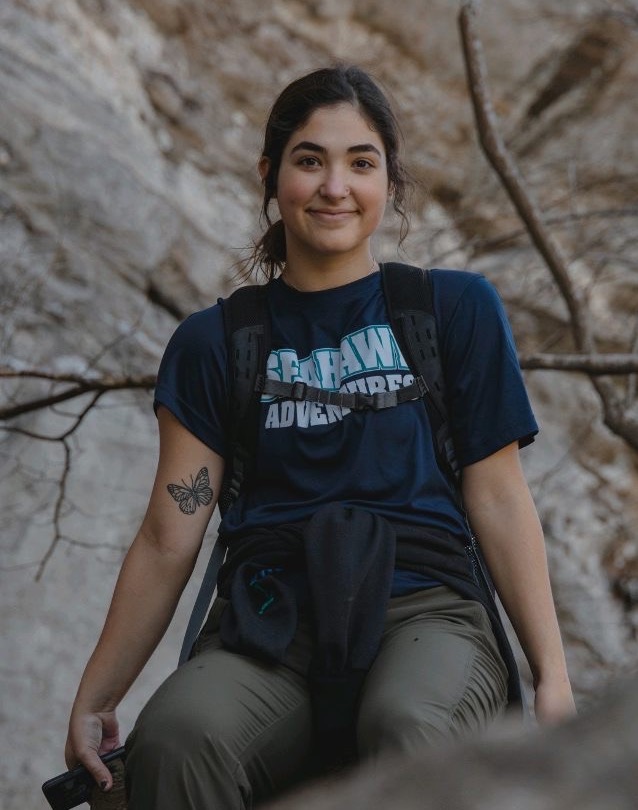 What are you most afraid of right now?

“Right now, I’m most afraid that, career-wise, I’m headed down a path that won’t lead me to be the most successful person that I can be. I just started my recreation, sport leadership, and tourism management minor. For the past year, I’ve been really interested in recreation, going into the National Parks system, and going into environmental education through outdoor recreation. That line of work is really specific and kind of hard to find sometimes. In one of my classes today, we looked at job descriptions and salaries. My professor asked all of us, ‘What did you find?’ Everyone was silent. One girl broke the silence and replied, ‘That was kind of depressing.’ We all agreed with her.”

How would you define success?

How did your fear of financial instability first manifest?

“It started last spring semester when I first spoke with the Trips coordinator at the Student Rec Center, who’s also my boss. I had a meeting with her about the recreation program because I was considering doing both environmental science and recreation as my major. She told me that she didn’t really get the job she wanted, nor was she where she wanted to be. She doesn’t get paid what she wants and she has all this stuff she wants to do and wishes to do. She says that she wishes she had gotten a broader degree to be able to do that type of thing. That’s the biggest reason why I stayed an environmental science major. At least with that I could get a job as a forest ecologist with the NPS and get paid a lot more. If I worked in recreation, I’d get paid a teacher’s salary.”

How does your fear of going down an uncertain career path and financial instability affect the choices you make?

“Well, I decided on staying in the EVS major instead of switching to recreation. I do enjoy recreation more. I enjoy teaching people about the environment and how to live in it as a conservationist or preservationist more than the science side of it. Instead of taking the leap of switching majors, I decided to minor in what I enjoy, so I’d still be able to do both.”

How do you cope with your fear of financial instability and the uncertainty of your future?

“I do multiple things. I tell myself ‘Your job isn’t everything. Whatever you do in the future isn’t going to determine your happiness.’ I look at my dad as that. Throughout my entire childhood, his job affected his attitude. He would always come home in a bad mood. When his best friend died, his attitude completely changed. It’s like he told himself, ‘Let me leave that part of my day.’ That’s something I look at and learn from. I also just look at the average person. Everyone is able to pay her their debt and end up getting out of it. They still have the life that they want. I just need to not dwell on it so much, especially when I’m at a decent place in my life. I’m not doing poorly in school and I have a job. I tell myself the positives instead of the negatives.”