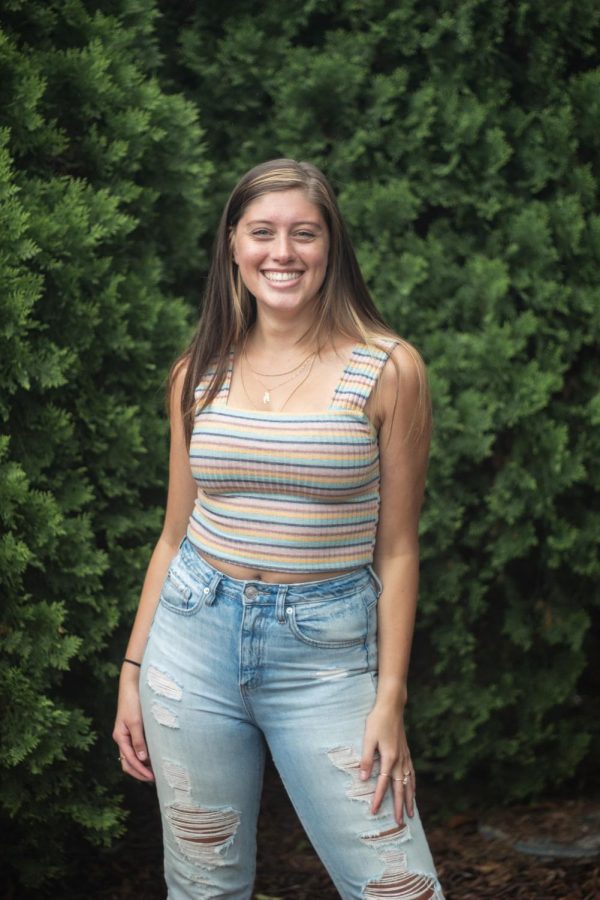 As the copy editor, what are your duties and responsibilities? Give us a look into your day-to-day life.

“As the copy editor, writers and editors send me an article they want to publish before it actually goes up on The Seahawk. Usually, the editors do most of the editing beforehand, but I go in and check that there are no AP formatting errors and see if anything needs to be changed. If it’s scheduled to go up on the website I’ll update it, but if not I’ll go ahead and publish it.”

Did you join The Seahawk as the copy editor or did you move up through different positions?

“I actually did a project on The Seahawk for a class. They needed an update on their website because they just launched their new social media and marketing campaign, so I made posters for them. Then Sami, who was the past editor-in-chief, asked if I wanted to be the layout editor, which is the person who sends out the newsletter every week. That is where I started and then I applied for the copy editor position from there.”

What drew you in to write for The Seahawk?

“My mom worked in a magazine writing articles, so my whole life I’ve been surrounded by writing. Then I came to college and decided to double major in English and communication studies. My concentration in English is professional writing and I’m going to try and mold that into my career. The Seahawk was really an opportunity to get involved with a newspaper and see what it was like before going into the professional world.”

Are you interested in going into magazines and newspapers or are you thinking about writing novels and other forms of creative writing?

“You know, I don’t know. I haven’t narrowed it down yet because I don’t know exactly where my path is heading. It would be awesome to work in a magazine or newspaper. Even novels would be cool. I probably won’t write a book or anything, but it would be cool to work with a publishing house or something in that realm.”

The Seahawk is a fairly small environment. In the future, would you prefer to work in a smaller or bigger corporation?

“There’s always pros and cons to each. I think it would be really nice to work in a small environment because everybody works together on a more personal level. But in big corporations there’s more press and it gets put out more into the world. It’s really a give and take.”

How has being in The Seahawk impacted your life, whether that’s academically, socially or professionally?

“Professionally, it’s given me the opportunity to gain insight into the field. I’ve been able to see the ins and outs of running a small newspaper and what it’s like to write with a team. It’s been eye-opening. I’ve also gotten to know the professional AP writing format. It’s really a whole different category of writing than I thought. Socially, I got to know my current roommates Brenna and Lauren by having another thing tying us together besides our majors and the acapella group that Brenna is a part of. It really brought me closer to them. It’s been great.”

My last question is what your favorite aspect of working with the Seahawk has been?

“I love doing the newsletter. It’s really cool that I get to put something together, send it out, and have people take the time to read it. That was before I was the Copy Editor. I also like writing satirical articles. I think I’ll start doing more with them soon. The creative freedom that comes with satire and being able to tell a story through the lens of facts and humor is really interesting. Overall, I think it’s awesome that people get to read and create through this type of student organization.”