REVIEW: The quiet nostalgia of ‘The Secret Garden’ 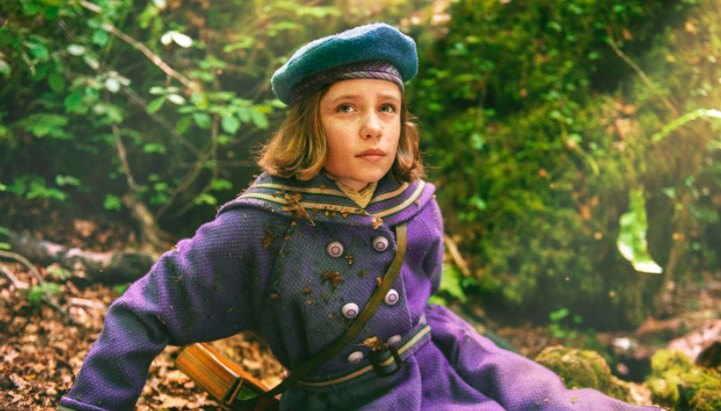 "The Secret Garden" by Heyday Films

Before the Covid-19 Pandemic, the newest film iteration of Frances Hodgson Burnett’s The Secret Garden was set to be released alongside Universal’s Trolls World Tour. Ultimately, STX Entertainment reacted to the situation by pulling The Secret Garden from the theatrical release schedule, and its quiet August 7th release on VOD services sparked little fanfare among film fans. But regardless of how it’s been released, The Secret Garden still represents an anomaly: out of the dozens of family films relying on flashy action sequences and comical irreverence, this film’s primary goal is to share a heartfelt message expressed by its source material. In this regard, it’s a genuine shame this adaptation’s eye-catching visuals and strong acting struggle to counteract pacing issues and a tossed salad of directorial choices.

The Secret Garden follows a young British orphan named Mary Lennox who is sent to her widowed uncle’s estate in England. After finding a secret garden in the woods, she becomes determined to share the life and joy of the garden with the other characters surrounding the estate. Said garden is filmed extravagantly with the aide of CGI; there’s more color to be found within the garden and the film’s other vibrant locales than in most of the other major films being released today.

The acting is well-fashioned by all performers involved. Dixie Egerickx stands out in the role of Mary Lennox, portraying the character with the pride and tenacity called for by the role. Colin Firth is also noteworthy as the widowed uncle—he subtly depicts the pain and melancholy of his character, and even though his character is absent from a good portion of the runtime, Colin Firth does more than enough to make the character’s presence known.

The film has a few things holding it back from higher regard; pacing issues can be pinpointed as a culprit. It is felt when the edit waits too long to cut from one character to another, and it is felt when the story fails to turn in another direction for minutes on end: the pacing of this film dances with monotony on many occasions. There’s nothing wrong with focusing on one character for a scene, but the film runs the risk of failing to engage the viewer when the focus stays on that character for the entire scene.

The director of this film, Marc Munden, certainly brings talent to the project—but he seems to be utilizing too many directorial styles at once. One handful of moments will be shot in shaky-cam, and the next handful of moments will be shot with Steadicam. A balance of different shot types can be an asset to a film, but a truly skilled film director will know which specific moments benefit the most from a specific shooting method. He certainly isn’t making decisions mindlessly, but more experience could be necessary to ensure he makes the best shooting decisions for each scene in his future films.

The Secret Garden is a tough film to recommend outright because of its flaws. But fans of stories such as Little Women and The Chronicles of Narnia will likely be enthralled by the film no matter how the pacing and directorial choices affect the piece. It’s still a shame that lukewarm reception will likely hold this film back from being a hit—when done right, films like The Secret Garden can become designated as classics. But for now, if this film plants seeds of inspiration for other film projects, it will likely be doing so in secret.