OPINION: Why being a catalyst for change is more than posting a black square 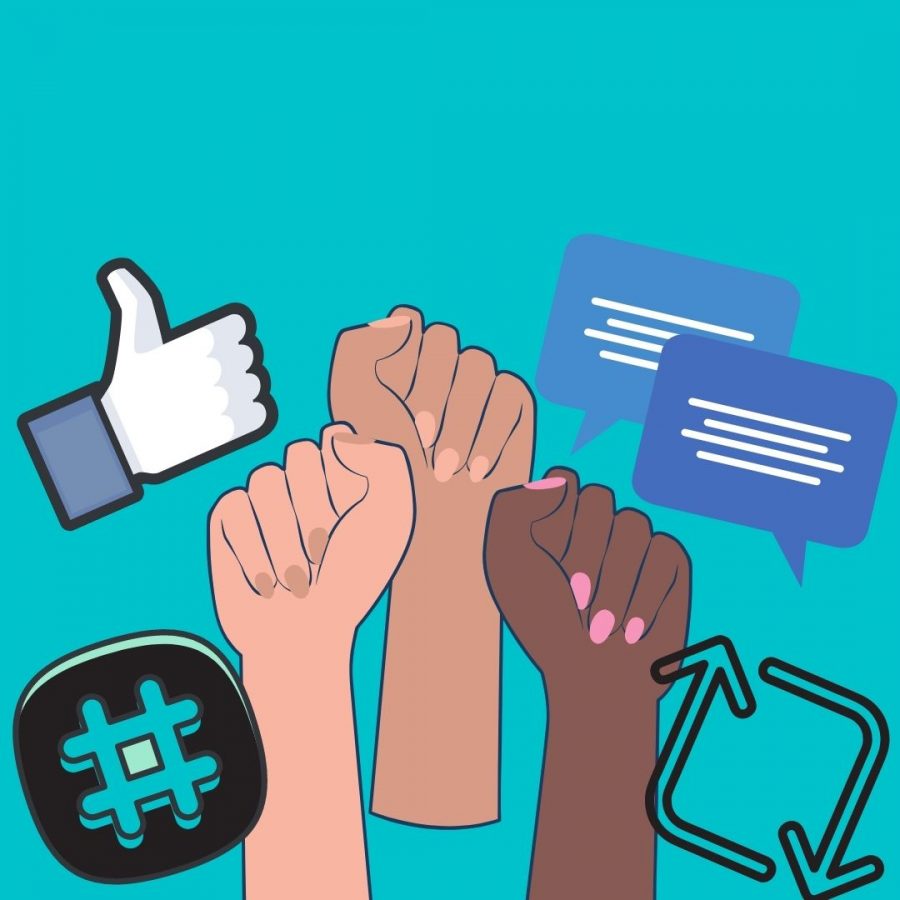 The term “social media activism” refers to participation in actions that usually serve the purpose of spreading a message. An example of this would be “Blackout Tuesday,” which turned out to be a widely misunderstood social media campaign surrounding black artists in the music industry.

This campaign originally began under the name “The Show Must Be Paused” in order to hold those in the multi-billion dollar music industry accountable for profiting off of Black art while providing little support for the community. What this soon morphed into was millions of people posting black squares with little understanding of the purpose or origin.

These types of social media campaigns are a start, but they are often very short-lived and temporary. Through the past few years of seeing such movements surface, I have realized how they may be perceived as effective. It is true that they tend to reach a large number of people in little time, but they just do not have the magnitude to reach people and stay relevant for a long period of time. Participants may partake in the action of posting, but most likely will not have a sense of continued advocacy towards the cause.

I respect those who really do want to utilize this method to make a difference in the world, but social media activism is not the only course of action. The newer generation of young adults are used to a fast-paced society, where technology and social media are the driving force behind much of the innovation. We have an app for everything, as many stores and other companies are now adapting their business models around that. The pandemic has allowed us to view the world through the lens of innovation, and we are realizing how instant everything can be. The fast pace of society has especially impacted the way that we view activism.

Many of the large scale movements in America (such as the Civil Rights Movement, the Women’s Movement, etc) gained media and public attention through the efforts of marches, sit-ins, Freedom Rides, conventions and many other large gatherings. The sheer excitement of being part of such a momentous time in history is something that cannot be imitated. With the calls for change even in 2020, we see those same tactics being used, as the energy of strength and unity can be used as a catalyst for change in this country.

That being said, I introduce the concept of “slacktivism.” Slacktivism involves the actions of utilizing social media to promote interest towards a certain cause. It is usually shown through “liking” or “sharing” information regarding a cause, having it sweep through social media and seeing it die out just as quickly.

A study published in the Chicago Journal concluded that an initial show of support for the cause does not result in a more active effort for change, demonstrating that slacktivism is a very real occurrence in our modern world.

Returning back to my point of our instant society, slacktivism is a result of our need for instant gratification that is, unfortunately, a product of our fast-paced culture. That is why social media is allowed to thrive, as well as impact so much of the way we think. As much as I love to see the outpouring of support surrounding the Black Lives Matter (BLM) movement, I worry that some participants view their posts as their only effort for the movement itself. A recent Huffington Post article noted this by stating that “social media is a tool, not a tactic in the fight for equality and justice.”

I am not saying that every single person who has ever posted in the form of support needs to be on the streets marching for justice. I am saying that it does not start and end with a post just to be part of the trend. I have had friends mention to me that they would “feel bad” if they did not mention something surrounding the current crisis on social media, simply just to just show people that they do care. Which brings me to my final point: social media activism alone is just for show.

Actively engaging in change is so much larger than a social media sweep. In light of the current pandemic, there are still ways to demonstrate support, such as registering to vote, educating yourself on issues and politicians, supporting nonprofits that embrace your beliefs, writing to legislators, as well as so many other actions you can take to supplement your social media activism.

Change does take time, and will definitely be gratifying when we achieve it. I cannot wait to see how our powerhouse generation, as well as others, continue to demand action in all aspects of the world’s issues in the coming years.