REVIEW: ‘The Old Guard’ is the Right Film for the Right Time 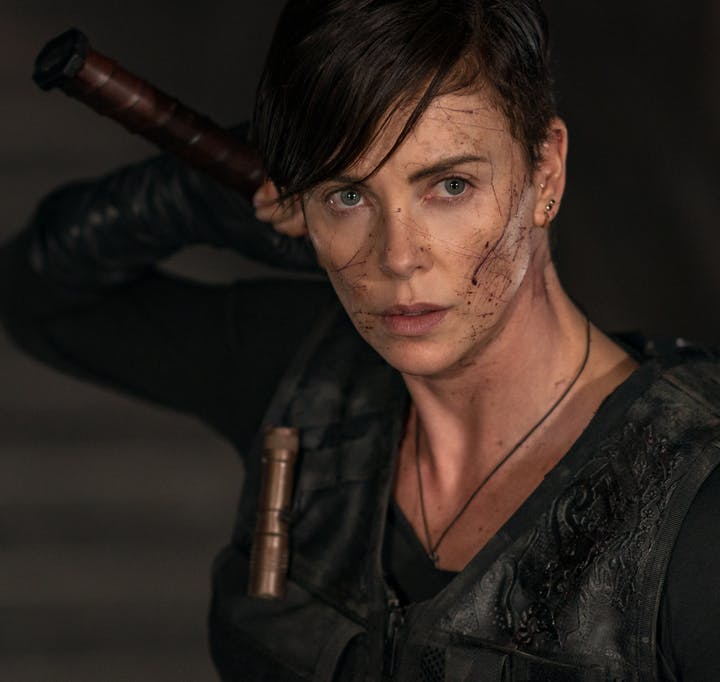 Charlize Theron in The Old Guard.

As the number of the coronavirus cases increase in America, films seeking to release theatrically are forced to watch their release dates tumble further and further back in the calendar year. As a result, films releasing on streaming services such as Netflix receive the benefit of increased widespread attention. Such is the case of The Old Guard, a film based on a graphic novel series, that, on the surface, appears to be a run-of-the-mill globe-trotting action/adventure film we have all seen before. The peculiarity of Netflix distributing a film produced by Skydance, when Paramount Pictures happens to be their usual distribution partner, may also throw the quality of the picture into question. But with strong casting, breathtaking fight choreography and a fierce commitment to the implications of its premise, The Old Guard reaches above its contemporaries to assert itself as the right film at the right time for impoverished moviegoers.

The Old Guard follows a squad of mercenaries led by the enigmatic warrior Andy (Charlize Theron) who share a fascinating trait: they are immortal beings whose injuries heal themselves within minutes, and every time they’re killed, they quickly return back to life. But when an American marine named Nile (Kiki Layne) dies and comes back to life, the mercenaries are forced to take the newcomer under their wing—all while a greedy bioengineering mogul plans to capture the immortals for his own gain.

Charlize Theron has been the star of numerous action films, from Aeon Flux, to Atomic Blonde and to the modern classic Mad Max: Fury Road. It is arguable that in The Old Guard, Charlize Theron imbues the character of Andy with an acknowledgement of the weight of each life taken—an acknowledgement not as present in the aforementioned films. Kiki Layne, having previously been the star of If Beale Street Could Talk, proves herself as an asset to Hollywood who is truly “here to stay” so to speak, portraying the character of Nile with an earnest emotional range encompassing fear, naivety, anguish and determination, among other traits. Additionally, the rest of the cast seems perfectly suited to their roles, and as the film progresses, it becomes a joy to learn more about each character, whether they’re immortal or not.

Whether Charlize Theron’s Andy effortlessly slays an entire group of faceless goons or the heroes die over and over again during a firefight, the film utilizes the condition of the heroes to its full advantage, meaning that when the film does showcase a fight scene, the audience becomes receptive to the myriad of avenues the scene can take to present its content. There’s nothing mind-blowing about the action scenes in this film, but the extra kernel of immortality breathes a sense of freshness and importance to the action that similar films may lack.

Whether through the fights or through capable direction by Gina Prince-Bythewood, The Old Guard fearlessly explores the disturbing questions raised by the prospect of immortality and coming to life after death. The audience roots for the heroes, but the film makes sure that the audience can never envy the immortal condition of the heroes. Plot points such as the eventual abandonment of loved ones and the pervasive threat of eternal capture are shrewdly utilized, while the flavorful dialogue reveals the poetic wisdom one would gain from remaining alive for centuries on end.

While The Old Guard shines with its cast, plot and thematic material, there are a few negative aspects of the film. For example, during fight scenes, the presence of rapid-fire editing can sometimes impede the audience’s reception of the action. The storyline, in parts, can take too long to travel from one beat to another and finally, the decision to include pop music as a non-diegetic (sound whose source is neither visible on the screen nor has been implied to be present in the action) part of the film’s score is a questionable one at best.

The Old Guard represents a path that many action films should feel obliged to take. The film picks a central gimmick and fiercely commits to it, going as far as to design its action scenes and storyline around it. This is what the best action franchises do: Indiana Jones coats its action in the paint of 30s adventure comics, John Wick drenches itself in themes of vengeance and the sins of man, and so on, and so forth. The Old Guard, with its critical utilization of the theme of immortality, has truly carved an identity for itself and in a film climate starved for content, a film with such identity is more than enough to garner attention.