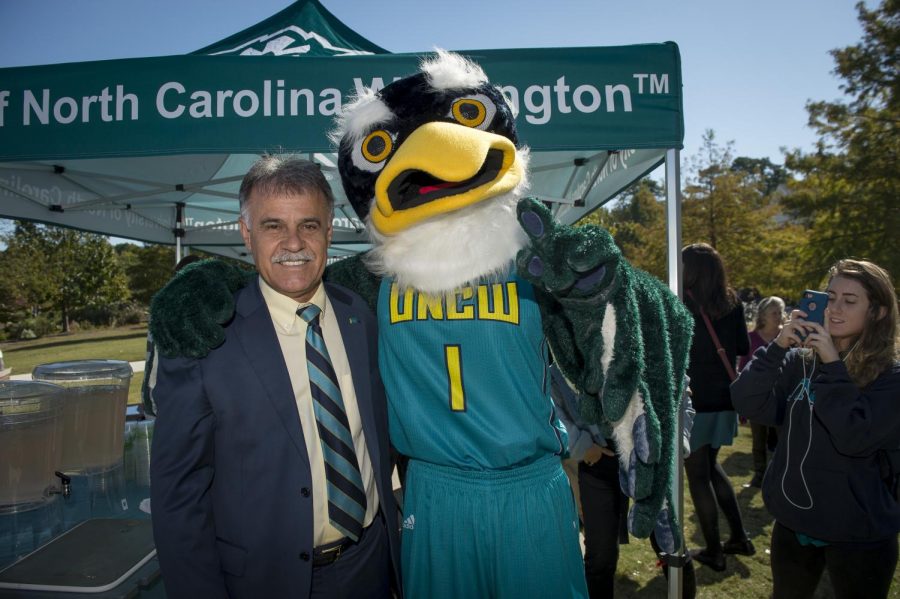 Will all the drama currently surrounding UNC Wilmington (UNCW) who would have guessed that things would only get worse? Well, they did when Chancellor Jose V. Sartarelli decided it was appropriate to tell the Black Student Union (BSU) and others that “All Lives Matter” according to a report from the Port City Daily.

On June 10, the BSU held an online town hall meeting for UNCW students and featured presidents from the Black Women’s Association (BWA), Student Government Association (SGA), and the African American Graduation Association (AAGA). The meeting was to discuss the current climate of the campus and specifically a “list of demands” AGGA support and [the] firing of Mike Adams” per an informational graphic on the BSU’s social media.

Following this meeting, the BSU and SGA’s president Matt Talone met virtually with Chancellor Sartarelli and other administrators to discuss concerns brought up in the town hall and presented a list of “Institutional Needs.”

According to a statement released by the BSU, when they proposed that UNCW do more to support Black Lives Matter (BLM), like paint #BLM on campus, Chancellor Sartarelli responded by saying, “If you are asking me tomorrow to start painting and decorating the university with Black Lives Matter, that’s going to be very difficult because I believe All Lives Matter.”

Any intelligent and capable person would understand how problematic this statement is, especially coming from a university chancellor who is himself a person of color (POC) being Brazilian.

In response to George Floyd’s death, Chancellor Sartarelli made the following statement—where he also coincidentally did not mention the BLM movement.

“I can’t pretend that I know how it must feel for any person of color to simply leave the house each day, or for the families they leave behind, knowing that just living their lives is sometimes a dangerous proposition. The fear, anxiety and uncertainty must be nearly debilitating. The threat of what could be, and the reminder of what has already been, must loom large with every new day.”

The phrase Black Lives Matter does not mean that other lives do not matter. Instead, it sheds light on the history of systemic racism that Black Americans have faced for hundreds of years. And yes while all lives do matter, not all lives have faced the injustices that Black lives have. Black lives should matter just as much as any other life. When you say All Lives Matter you are drawing attention away from Black lives and undermining their experiences as Black Americans. They are the ones facing injustices every day in America, injustices that non-Black Americans could never begin to understand. It is hurtful, wrong and frankly ignorant to say All Lives Matter.

Doug Williford summed up the problematic nature of saying All Lives Matter in his following quote.

It is also ironic that in a profile of Chancellor Sartarelli posted on UNCW’s website they claim that “Under his leadership, UNCW is focused on diversity and globalization, ethics and integrity and excellence and innovation.”

Yet how can you claim to focus on these things, especially diversity, and then go on to make a statement like “All Lives Matters” which undermines the suffering and injustices that Black American’s experience in our country?

The BSU released the following statement on June 12 in regard to this issue.

“The fury, the anguish, and the sadness felt by the black student leaders made it very clear that the problem is the head of this institution. Although we too believe that all lives matter, our Chancellor must realize as well as those who think the same that All Lives can’t matter until Black Lives Matter. We cannot and shall not support a university whose leadership cannot stand with us, because this is not just a movement; this is a fight for our lives. Just know, we are aware, we are listening, and we are active. The revolution is here.”

I cannot begin to understand what the Black community must be feeling and going through right now, but I do know that saying something like “All Lives Matter” is not the right thing to say. I also know that I do stand with them because Black Lives Matter.

UNCW released an official statement on June 12 in response.

I thank you for your thoughtful response, and for your time and candor during last night’s call. Your response below is understandable, and I appreciate the opportunity to respond.

I want to make clear and should have done so last night, that I believe the Black experience unequivocally must be the focus of efforts to increase the safety and well-being of our students and community. The events of the past few weeks have underlined the need for us to recommit to our institutional values of diversity, inclusion and respect, and especially for those students historically marginalized, who have lived in fear of violence, bigotry, or unfair or cruel treatment.

I am very grateful that you shared last night, and again this morning, what you believe our institutional needs to be if we are to make the progress that is both necessary and overdue. I assure you we will take great care to evaluate them and determine what our next steps may be, collaborating with our students at every opportunity. Your voice is being heard. You are the reason we are here, and we have an obligation to respond to your concerns and any threats to your safety, education, or enjoyment of being a Seahawk. I also want to acknowledge that I must be open to listening, responding with sensitivity, and learning more about the concerns and needs of our Black student population. It is so important that moving forward, I do my best to respond with empathy and an open mind.

Thank you again, and I look forward to continuing this discussion, and this important work. I hope you will remain open to that collaboration, and I am optimistic that together we can effect the change that will be so critical to UNCW’s future, and most importantly, will help ensure that our students can and will thrive in a safe, supportive and diverse environment.

Even in his response, Chancellor Sartarelli cannot even say the phrase “Black Lives Matter.” or even apologize for his insensitive comment. Doing so would have at least shown remorse and acknowledged that despite saying something like All Lives Matter that we can still learn and specifically learn why we should not say something like that in the future. Just because we have made a mistake in the past does not mean we cannot learn to not make it again.

But, how can we believe he and UNCW are going to do better if he cannot even say Black Lives Matter and acknowledge how insensitive his All Lives Matter comment was?

Given this event,  the university’s inability to fire professor Dr. Mike Adams and other issues, I do not see Chancellor Sartarelli remaining a good fit for UNCW. Chancellor, your students and faculty are upset and still, you are doing nothing. Something has to change and it might just be your position at UNCW.